“When I’m having an endometriosis flare up, the pain is debilitating and paralyses me. I can’t leave my bed. It feels like there are a hundred sharp blades inside of me, slowly cutting me up, stabbing me and twisting all of my organs together. It’s not just a bad period. It’s a hundred times worse than that.”

For many women, getting a period once a month is nothing more than a standard 3-7 day long inconvenience. A part of the territory that comes with being assigned female at birth, something that becomes normal after the pre teen angst of patiently awaiting your first. Others; however, are not so lucky.

Endometriosis is a condition which effects one in every ten women throughout the United Kingdom, and around 10% of women worldwide. Despite this, the condition is still relatively unheard of by many.

Often characterised by excruciating pain during menstruation and sex, difficulty getting pregnant, heavy periods and back ache to name a few, endometriosis has found itself ranked in the top 20 most painful conditions according to the NHS.

Caused by tissue similar to that of womb lining forming in places such as the fallopian tubes and ovaries, there is no cure for the chronic condition. Many of those suffering face a long and difficult journey in an attempt to get diagnosed.

[pullquote align=”right”]“It takes on average between 7-15 years for a woman to be successfully diagnosed with endometriosis.”[/pullquote]32-year-old Daniah Abu-Qaoud, known to many by her Instagram handle of @pina_patootie began showing symptoms of endometriosis at the age of 12. Despite this, she was not diagnosed by a medical professional until just six years ago, during an operation for a misdiagnosis of a burst appendix. This actually turned out to be a ruptured cyst caused by stage four endometriosis, the most severe and widespread.

“It takes on average between 7-15 years for a woman to be successfully diagnosed with endometriosis,” Daniah explains, reflecting on her own experience. “The pain not only effects my stomach and pelvic area but also my back, I get so much back pain. It’s painful to sit up, it’s painful to urinate and I feel extremely dizzy and am constantly vomiting. I also experience severe migraines and a large ‘endo belly’ that can make me look up to six months pregnant, which will randomly come and go.”

Despite her physical struggle, with a follower count of nearly 70,000 on Instagram, Daniah finds a creative release through her Instagram page, which acts as a realistic snapshot-style glimpse of life with the condition.

“I first started my Instagram account when I was discriminated against at law school due to having stage four Endometriosis. I was in my final year and was removed from the course due to absences because of this illness,” she explains.

“Having lead a busy life until that point, I couldn’t just sit around and do nothing. I decided to start an Instagram account to raise awareness for this disease as well as documenting my travels with my fiancé in hopes that it would inspire other women in the same position as me to not give up on life.”

Having connected with hundreds of women across the world sharing stories of similar experiences, Daniah highlights the strength and resilience that has become second nature for those within the community.

“A lot of women I’ve spoken to online have mentioned how this illness really affects their relationships with their partners. Some partners are not so understanding, especially when it comes to sex and how painful it can be for some women with Endo. It can cause tension in the relationship which has broken a lot of couples up,” she explains.

“It’s the same with friendships. Many women I’ve encountered online have told me that they sometimes have to cancel meet-ups at the last minute due to a flare up. Again, some friends are understanding in the beginning perhaps, but when it keeps happening, friendships can break.” 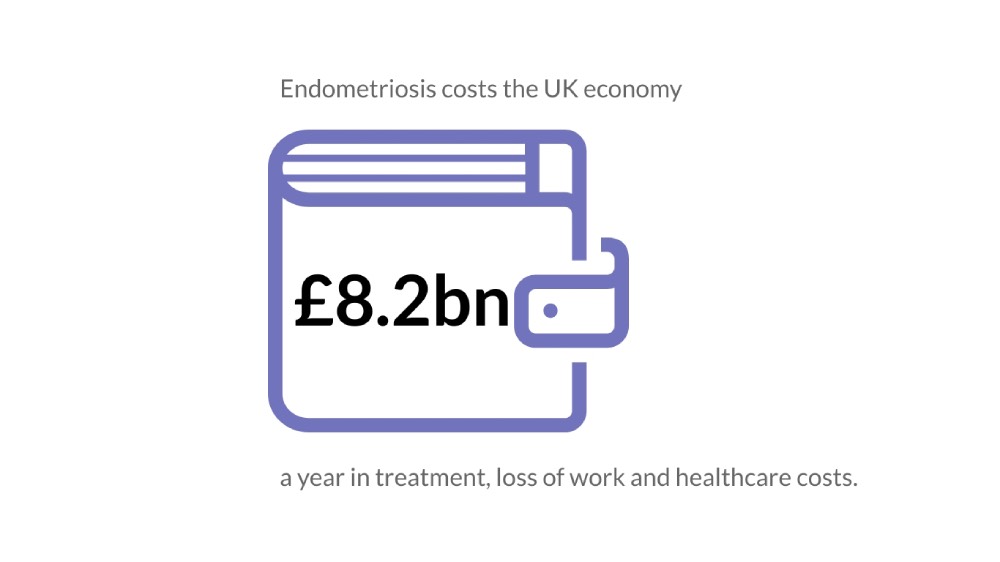 Many of those suffering with endometriosis see lack of awareness leading to the normalisation of symptoms such as heavy periods and menstrual cramps. This can often lead to tension amongst health care provider and patient in the months and years leading up to a diagnosis.

“The lady I spoke to over the phone when I dialled 111 told me to quieten down, stop crying and over-reacting when I was in excruciating and debilitating pain,” Daniah recalls. “I’ve had nurses laugh at me in the emergency room when I went in thinking that my appendix had burst. I heard a couple of them saying that it was nothing but constipation and that I was over-exaggerating the pain,” she recalls.

A recent documentary by the BBC exploring the topic of endometriosis made reference to “a gender pain gap,” a term used to describe the possibility within both the medical world and society in general, that women’s pain does not get taken as seriously as men’s.

As Janice Rymer, professor of obstetrics and gynaecology at King’s College London said a common denominator for many women suffering from the condition is pain during mensuration.

“It is hard to differentiate between painful periods and painful periods that are due to endometriosis,” she explains. “Only way to really make the diagnosis is by laparoscopy [a surgical procedure that allows access to the abdomen or pelvis] which means referral to a gynaecologist and then an operation.”

[pullquote align=”right”]“I don’t think some doctors understand the pain of not being able to able have a baby and the impact that can have on one’s life and career.”[/pullquote]After struggling to get pregnant for five years combined with various fertility treatments, Lucy Durman, now 59, was first diagnosed with endometriosis at 24. “I had painful periods for many years before my diagnosis,” Lucy explains. “Like many women I just thought this was my lot and I just put up with it.”

Statistically 30 to 50% of those suffering with endometriosis are infertile and unable to conceive naturally. “I did come across some insensitivity about my fertility,” Lucy reflects. “I don’t think some doctors understand the pain of not being able to able have a baby and the impact that can have on ones life and career. You really put your life on hold, waiting for the elusive pregnancy.

“I think I would say that the gender pain gap does exist to a certain extent,” Lucy continues. Women are sort of expected to put up with pain. It’s a cliché, but if men had to have periods, there would be more research into making them less painful and I’m sure more understanding in the work place.”

Theres no doubt that societal pressures are placed upon both genders starting from childhood. For many women suffering with endometriosis the social expectation to have children and succeed at work or education with high attendance intact is a constant reminder. This combined with a lengthly diagnosis process and the struggles of suffering with long-term pain makes for a daily uphill battle.

A recent survey carried out by the BBC involving 13,500 endometriosis sufferers in the UK, found that more than half had contemplated suicide due to the condition. A harsh yet eye-opening insight into life with a chronic illness. 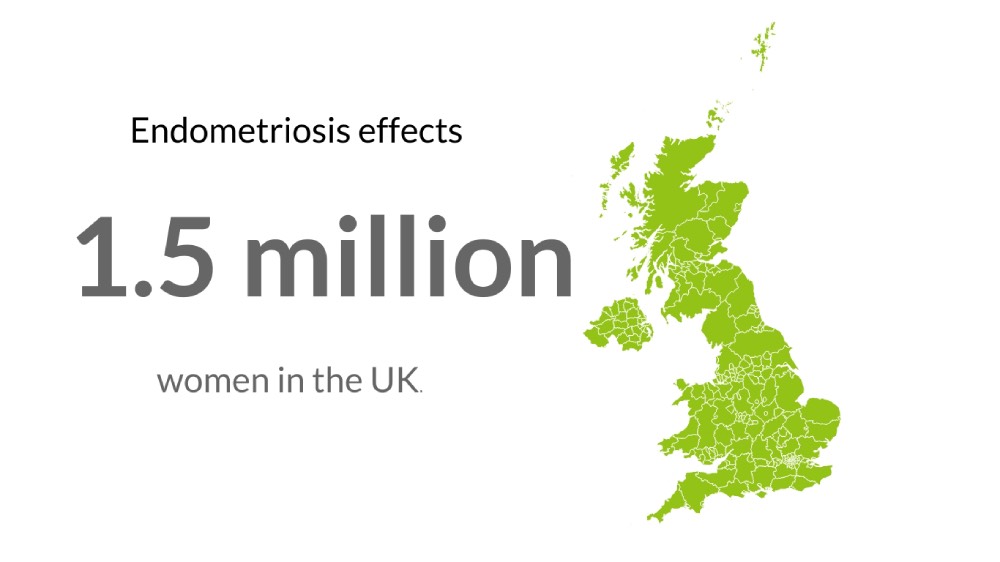 “I could sense and see from the data, that whenever we wrote or commissioned work about women’s sexual and reproductive health, it resonated.” Later it was awarded Hearst Big Book Awards, 2019, Women’s Health Book of the Year, and it’s clear to see that these statistics resonated with readers too.

With an entire chapter dedicated to the topic of female pain, the book itself aims to rid the stigma and taboo around the female body, examining themes of women’s sexual health, period poverty and infertility amongst many more.

“I definitely think women’s pain is more likely to be overlooked than men’s,” Lynn explains. “There has been a lack of research into conditions that only affect women, like endometriosis, and this has had huge ramifications, leading to delayed diagnoses and a lack of medication and expertise.

“I think it’s especially true when it comes to pain associated with sexual or reproductive function. There is, I think, a sense that being a woman involves pain – menstruation and childbirth, for example – and we are expected to just put up with it.”

As Daniah explains and in the words of an endometriosis sufferer themselves, “One phrase that millions of women from the endo community hear on an almost daily basis is: ‘but you don’t look sick’. Not all disabilities look the same. Many are invisible to the human eye. One thing to remember is that doesn’t mean we’re not going through severe, debilitating pain every other day.”

Endometriosis today is a condition that effects 176 million women worldwide. Although varying in different degrees of severity, the lack of one set cure means that more than likely, this disorder is bound to have some level of negative impact on the life of those suffering.

The medical world for those fighting endometriosis remains a complex place, although the most advanced it has ever been, theres no doubt that inequalities still exist in the industry, particularly for those women searching for a diagnosis.

By Natalia Zelazowska
11 Mins read
Boxing, like many martial arts, was once said to be a man’s thing. Today, however, there has been a shift…