Imagine a hyper-realistic female robot customised to choice, with whom you can act out your weirdest fantasies and who will replicate human sexual response at your touch.

She can start a conversation, memorise your words and smiles at you when you come back from work – she looks, sounds and acts like a person you could only dream of.

The concept of creating a dream companion who fits our personal needs has crossed the mind of many generations. The idea of an artificial and controllable lover first emerged 25,000 years ago in an Ancient Greek myth.

The Greek myth about Pygmalion is the most classic example of a man who sculpts and falls in love with a nude ivory statue. His obsession with the statue led to him to sleep with her, give her baths and use her for sexual pleasure. Until one day, his dream of the perfect woman came alive, when Aphrodite turned the statue into a real woman.

Today, this is no longer a dream. 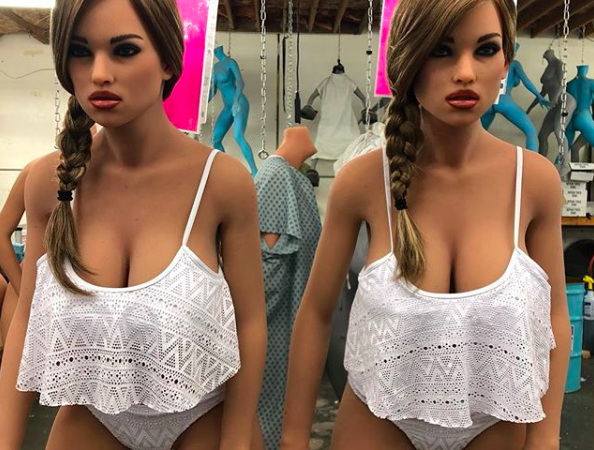 Despite it being such a huge market, the sex-tech industry, according to writer and producer Bryony Cole, is something rarely talked about. Cole recognises that for many people, sex is still a taboo subject and that the idea of relating sexuality to software can be disturbing.

“By putting ‘future’ at the front or ‘tech’ at the end of it, it’s suddenly becomes something that removes it from the individual, so it doesn’t seem as scary to talk about,” Cole states.

Technology and social media have already changed the way people interact with each other. This has contributed to the coining of a new term, ‘digi-sexuality’, which refers to the interaction between partners through technology, such as texting, video calling and dating apps.

The latest innovation of the AI (artificial intelligence) sex robot is leading to the second wave of ‘digi-sexuality’, claims Fast Company, implying the possibility of intimate interaction between human and technology without the necessity of a human partner.

A 2017 survey with 263 male participants on the ‘influences on the intention to buy a sex robot’ suggested that almost half of Americans (40.3%) would buy a sex robot, suggesting that having sex with robots might be a common practice in 50 years’ time. The survey also showed that relationship status and sexual fulfilment do not have an impact when buying a sex robot.

Matt McMullen, founder of the American tech company Real Doll, has been focused on developing the robotic sex doll by tech firm ‘Realbotix’ since 2016. Their purpose is to incorporate technology to humanoid dolls through artificial intelligence, robotics and programming, combining aesthetic and AI learning in order to enhance the existing experience. 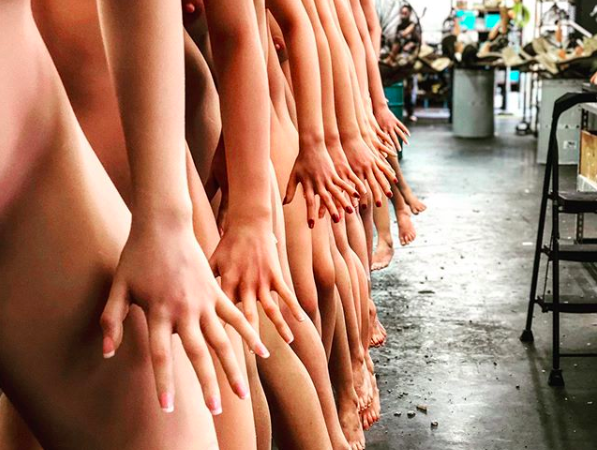 In an interview with Forbes magazine, McMullen explained: “My background was special effects and animatronics so I was always interested in potentially animating the dolls. But the technology was not really there, until the last few years when all of these technologies really started to take off.

“The fact that people talk to their phones and it’s just normal thing now, that was a big step because I thought, the engine is there to create conversation. If you could put all that through [an] animatronic figure, what kind of cool experience would that create?”

McMullen, 48, has been creating inanimate and realistic sex dolls for more than 20 years. He started his career as a designer working for a Halloween mask factory, where he got inspired by mannequins and sculptures. The traditional model of a mannequin, McMullen finds “a very static display.”

“I wanted something that was dynamic, that people could actually manipulate and position and pose,” he stated in an interview with Channel 4.

This has brought McMullen to start working on creating anatomically correct, silicon made dolls and he has done so since 1997. Alongside technological advancement, his focus has shifted towards robotic innovation in recent years.

Harmony is the first human-like sex robot Real Doll has produced and presented on the market. She is an artificial intelligence animatronic head with an attractive silicon made female body. She can be found on the market for $20,000 (£15,400).

She is a 4’10’’ blonde female with blue eyes and a light tan with freckles. She is able to speak English, American, French, Scottish and switches between 10 personality traits by request. 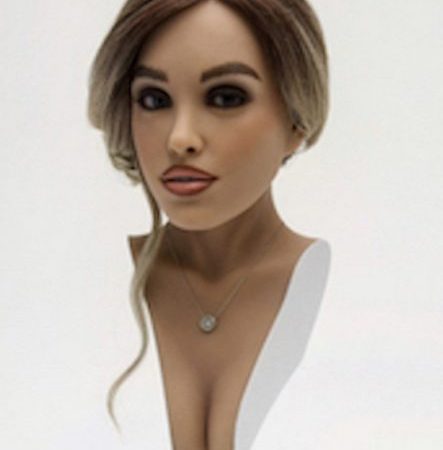 Harmony can play out sexual fantasies and is capable of replicating human sexual responses. However, sexual pleasure is not her only capacity. When requested, you can switch on her ‘family mode’, and she will help with the housekeeping or assist your children.

Users can interact with the avatar by connecting to an app on their phone, computer or tablets, via Wi-Fi or Bluetooth. This way, the user is able to shape her character and personality.

Additionally, the user can build a relationship with the avatar thanks to her advanced technology. She is capable of memorising information and recognising faces.

Despite the discomfort that the new advances in AI have caused among the public, McMullen is certain that their robot’s main goal is not just to sexually satisfy the owner. “I think that there are people who struggled greatly to connect with other people and this is a perfect thing for them. It makes them happy and fills that empty spot they have. I think that’s all that matters,” McMullen said in an interview with Forbes magazine.

In regard of emphatic engagement between a sex robot and its user, Trudy Barber, Art Practitioner and academic researcher exploring sex and technology, believes that: “There are people who form strong bonds of attachment to their devices such as mobile phone. People who own sex dolls can also have strong bonds with the dolls as there is a certain amount of self-reflection projected on the doll.”

After all, who does not remember the old Tamagotchi? The Japanese invention of the egg-shaped virtual pet by Aki Maita and Yokoi Akihiro represented one of the earliest forms of affection between humans and machines in the late ’90s.

The game demanded a real and active attachment between the user and the virtual pet, that would only survive thanks to human’s attention and care. This semi-real digital connection took the name of the ‘Tamagotchi effect’.

During her PhD researching people’s engagement with technology during sexual interaction, Barber explores that “with artificial intelligence, when we start having a sort of ratification of identities felt back to us, we are going to have [an] attachment to that intelligence.” 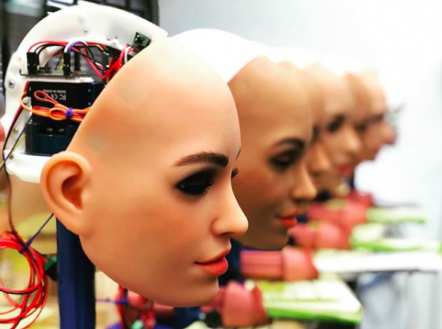 If we are able to emotionally attach to a mobile phone, how can we, in the future, not be able to do it with a hyper-realistic doll that blinks, talks and smiles at us?

Fighting the programming of sex robots is the ‘Campaign Against Sex Robots’, launched in 2015 by professor of Ethics and Culture of Robots, Kathleen Richardson. The campaign aims to publicly voice the ethical implications of robots to a broad range of people; those involved in the field of robotics, academics and the general public.

Kate Davis, a member of the campaign and a London-based multimedia artist said: “We should be careful because people are creating stereotyped images of a human without thinking about the repercussion this will have on society.” She truly believes that no one should encourage a relationship that she defines ‘anti-human’.

“Emotionally, the misconception is that robots will offer companionship when in reality the user gains complete dominance over the robot.” According to Davis, the fact that the robot does not have the ability to express disagreement or consent will probably lead the user to a major difficulty in relating to real human beings and an increase in violence. 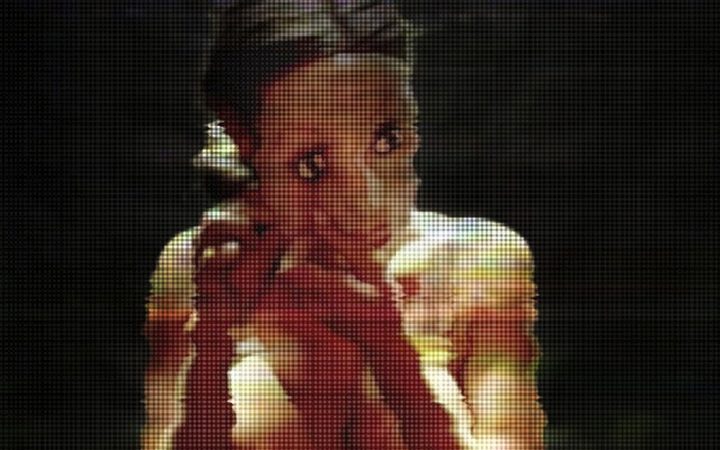 “Machines are an illusion, they are programmed to give you what you need and this is just a fantasy. There are a lot of fields where robots can be beneficial, like in healthcare, manufacturing. When it comes to relationships and social experiences, I do not believe that robots can do a better job than a person. Humans are spontaneous, unpredictable and their emotions cannot be controlled.”

Davis’ interest in robots and relationship replacement led her to start an ongoing multimedia project, called Logging on to Love. Her intention is to open people’s eyes to the topic and make them reflect on their behaviour on using technology and how such could unconsciously affect human relationships.

Technically speaking, Davis does not restrict herself into a particular method, but rather she plays with a different range of devices such as lenses, cameras and microphones. “I know that my images can be considered creepy, but that is the pure representation of technology. The fact that it enters the most private spaces it is already creepy itself.” 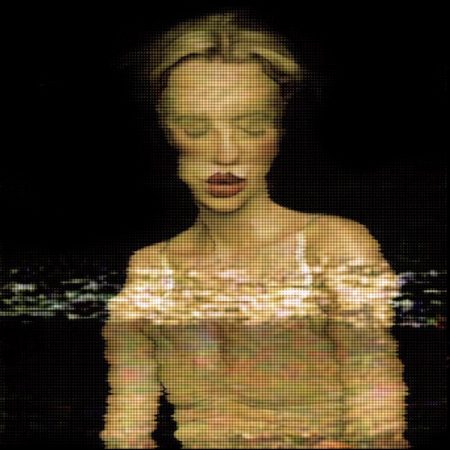 Logging on to Love tends to create an uneasy feeling when looking at the subject; the resemblance of an object to a human being is uncanny. In a way that the viewer needs to question themselves and ask: ‘Are these real people?’ This is what happens in everyday life when an individual interacts with others through technology.

Recent advances in the digital era have enabled us to facilitate the connection with people around the world improving our life, simultaneously shaping our way in which we interact with each other.

Such technological advances seem designed well enough for the user to develop an addiction, in order not only to be useful but also to make it impossible to live without.

While most of us use devices such as computers and mobile phones every day, we are still able to differentiate them from a human being.

It remains to be seen whether or not shifting our everyday technological devices to a humanoid robot could ever replace a real human connection.