Saturday night and I’m stood once again at a random club bar, positioned amongst the familiar glow of strobe lights and huddles of sweaty dancing bodies. Difficult to ignore is the bass of heavily remixed pop songs coming from the decks; even harder, the harsh jabs in the back and muttering of homophobic slurs I’m receiving from the man standing behind me.

Clearly finding some distaste in the interaction I had just shared with the girl next to me, but finding no problem with the heavy display of public affection from the seemingly straight couple half stood, half leaning against the wall a few feet away. At this moment, describing this club as anything of a ‘queer safe space’ certainly isn’t the first thing that springs to mind.

In London, there currently is only one single Lesbian bar with a permanent venue – She in Soho. Between 2000 and 2016, it has been suggested that around 151 bars and clubs that catered for the LGBTQ+ community were shut down in what can only be described as a domino effect of closures for queer event spaces.

Despite once being seen as both iconic and essential spaces to avoid unnecessary harassment and meet like-minded individuals, these venues are now pretty few and far between. This has left many queer people, particularly those who identify as female (myself included), to venture elsewhere and explore nightlife that isn’t renowned for being specifically LGBTQ+ friendly.

Theories for the loss of these bars included rent increases and a lack of customers, but some spectators suggest a different reason. In the 2015 documentary Searching for the last Lesbian bars in America by professor of women’s studies, Eileen Stein, the U-haul Theory may have something to do with these rapid closures.

According to this theory, queer women are far more likely than their straight counterparts to couple up and settle down quickly with one another, and see themselves in relation to long term commitment. For this reason, they may have less of an interest in going out and partying in a club environment, which, by this definition would explain why so many lesbian bars have closed down.

But how real is this concept? Is it just another stereotype to add to the list of misconceptions alongside all queer women supposedly having very specific short haircuts, loving astrology and owning multiple cats?

Teddy Edwardes founded LICK Events after being disappointed with the lack of diversity in London’s queer clubbing scene. With around 2,000 queer women attending the club nights set up in LICK’s name, it has been one of the biggest providers of safe space events in London. 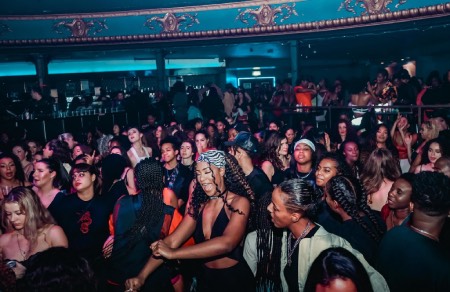 After spending many years working in the industry, 29 year-old Teddy disagrees that there is any truth to the U-haul Theory: “I think that it’s more the fact that we still don’t have very many good options that are worth leaving the house for.”

With events ranging from nights in Electric Brixton, that saw 800 tickets sold within one hour of release, to pride parties at Vaxhuall’s famous Fire and Lightbox, Teddy has successfully created these nights as worthwhile reasons to leave the comfort of a Saturday night otherwise spent in bed.

“It’s so important to have events like this because it’s really all we have,” she said. “Many gay bars still even make excuses on the door as to why we can’t come in. Without events like LICK, queer women would never meet other queer women and we’d have even less representation than we already do.”

Another creator of nights specifically designed for queer women, trans, intersex and non-binary people in London is Mitra Wicks, founder of Lez Events. Creating nights that specialise in hip-hop, R&B and UK Garage, Mitra began this journey with the intention of creating a ‘glamorous experience’ for the community.

With the first party held a year ago at the famous Libertine by Chinawhite, often frequented by celebrities such as Drake and Rihanna, nights with Lez Events aim to defy the misogynistic gaze sometimes associated with the high profile clubbing scene. Despite agreeing that there is some truth to the fast pace with which queer women settle down, as referenced in the U-haul theory, Mitra sees financial reasons and a lack of awareness about what queer women want as a key cause as to why so many clubs and bars are closing their doors for the last time.

“I personally think the reason why there is a lack of queer femxle venues in general is because they are not as financially lucrative as their straight counterparts ” she says. “Venues with a mixed gendered clientele in the West End generally make more money than femxle only venues and the sad reality is that profits come first for most London venue owners. Creating a safe space for queer womxn is not likely to be their priority, and the few that make it their priority find it a struggle, that’s why event promoters like me do what we do.” she continues. 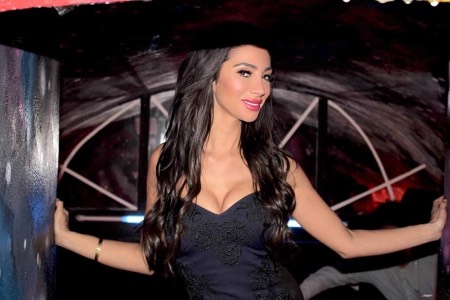 ”A high end West End club on a Saturday takes home around 50 to 80K, with big spending, predominantly male clientele splashing out on approximately 2-5K just for a table. The odd celebrity (or shameless show off) may spend anything up to 100,000 plus, this is a London club owners dream, as opposed to fulfilling the party needs of queer womxn. I used to frequent such clubs but became tired of the misogyny and fetishisation of myself and my girlfriend, so I decided to emanate such glossy party experiences, but exclusively for queer womxn, intersex, and non-binary people.”

Mitra’s focus is on keeping the queer femxle Soho scene alive, hence why she opts for enticing venues in the heart of the West End – complete with good music, live dance acts, vocal performances and the glitzy table and bottle service typically reserved for high net worth cis gendered men. “If there’s something exciting on for queer womxn to go out for, they will.” she says. 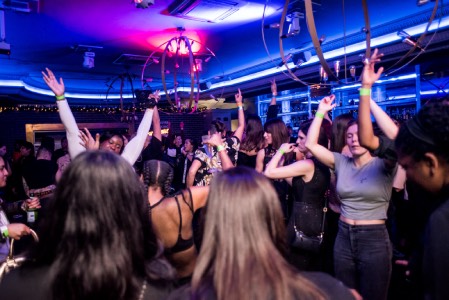 With support from event spaces often falling short, successful advertising and promotion is crucial for these queer nights to gain attention. Lesley was founded two years ago, a free print magazine specialising in LGBTQIA+ arts, nightlife and news listings with nearly 2,000 followers on Instagram.

“I think one of the reasons [for lack of lesbian clubs] is that it’s so hard to promote queer women & non-binary nights as it’s so often sexualised,” says Lu Williams, a member of the Lesley editorial team.

With controversy currently surrounding Instagram; the app has been criticised by many LGBTQ+ organisations for unfairly removing or placing shadow bans on queer-related posts not deemed as ‘PC’. This has had a particularly negative impact on the promotion of club nights. 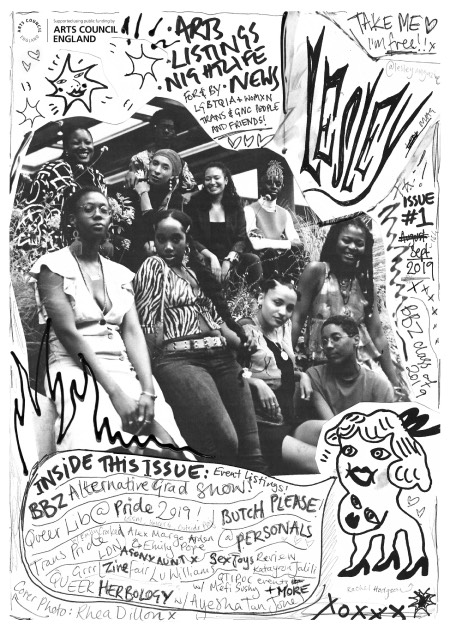 “The censorship of the queer community in online advertising and social media can be crippling. Everything in terms of maintaining permanent venues these days is about how much money you throw at something regardless of the work you put into it,” Kate Hudson, founding member editor of Lesley magazine, added.

“Rent on a permanent commercial space in London is extortionate, plus promotion these days effectively consists of how much money you can put behind a suitably PC image on Facebook or Instagram.”

With an ever-growing stockist list, returning to print means that Lesley‘s content is able to be uncensored without the fear of certain posts being removed or banned entirely.

Reflecting on responses from readers, it’s clear that Lesley magazine is playing a crucial role for people who identify as LGBTQ+, by promoting events that bring together a sense of community for those that may have felt previously isolated by lack of presence in the mainstream media.

As agreed by both Kat and Lu, the U-haul Theory may just be a stereotype that could actually be having an extremely harmful impact on the community itself. “One thing I want to be really clear about is that it’s not about lesbians staying home with their cats. Lesbian and trans+ people, in general, are a low income demographic,” Kat said. “It’s a symptom of the heteronormative patriarchal society that we live in. That’s why it’s more difficult for us to keep our permanent spaces open in a climate of increasing gentrification in London.”

The gender pay gap between all employees in the United Kingdom currently stands at just over 17%. As women make up the lesbian community, it’s possible that being part of a minority group within a gender group that is already paid less, may result in a lower income.

Despite LGBTQ+ equality laws being put in place to prevent a pay gap based on sexuality, for those queer women potentially earning a lesser paycheque as a result of their gender, prioritising money for luxuries such as frequent nights out seems unlikely.

One person especially familiar with the themes of sexuality, same sex relationships and self-acceptance is Laura Ferguson, an LGBTQ+ life coach whose work involves assisting clients to make positive changes in their lives. 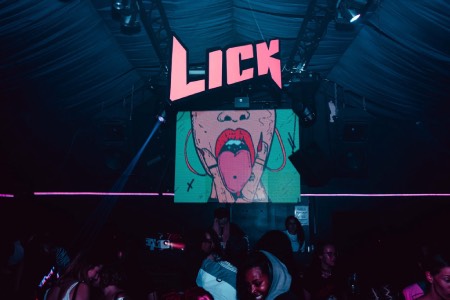 Reflecting on experiences referenced by her own clients, Laura suggested that the U-haul Theory does potentially exist, but is a stereotypical generalisation that is not relevant for all lesbian couples: “Those of us born genetically female would have been more than likely raised to believe we are the homemakers. The ones who create the family environment, raise children and be the emotional communicators.

“Through our generations of conditioning, we grow up to assume certain gender based roles and I do believe that this plays a part in how we form relationships,” she said. “When two women are in a relationship together it comes naturally for them to want to “nest” and create a family home environment and this is amplified with their being two women in the relationship.”

With this in mind, the rapid speed of lesbian couples settling down in a relationship as suggested by the U-haul Theory may stem from the projection of gender roles from placed upon women from a young age.

Whether this has an impact on the clubbing scene for queer women or not, Laura believes that the concept of lesbian clubs is becoming ever more outdated in today’s increasingly integrated and diverse society: “I do believe they had a place in our history and played an important role, but as the queer clubs and scene evolve, I feel that lesbian-only clubs and bars will soon phase themselves out.”

Regardless of the impact of speculation about the U-haul Theory, there’s no doubt that nights catered towards the LGBTQ+ community are essential in creating safe spaces for minority groups. Undoubtedly it seems as though the lack of lesbian clubs throughout London has not resulted in the death of queer nights completely.

Rather these events are evolving and changing form, resulting in a larger variety of one off queer nights in venues specifically chosen by event providers such as LICK and Lez Events. It’s clear to see that nightlife for queer women is thriving in London, regardless of permanent venue spaces.