The Boys starts off like a typical superhero movie. The police are chasing an armoured vehicle with stolen goods. It looks like they’re about to run over some kids on the street, when suddenly a figure moves so fast between them it’s almost like she materialised there.

She’s a tall woman dressed in ancient Greek armour – a Wonder Woman archetype. The truck collides with her and crumples as if it hit a wall. Meanwhile, she isn’t fazed by the impact in the slightest as she disarms the evil crooks. She saves the kids, everyone is happy, and the world is safe thanks to her.

But ten minutes in, Eric Kripke’s show flips the script, and it almost feels like you’re watching a different universe.

Now, they’re no longer beacons of hope, men and women of uncompromising ideals and a genuine desire to save the world. In this universe, they’re self-serving, egotistic actors who care more about the profits from their merchandise than they do about saving lives. Each character mirrors a well-known superhero from pop culture, and each have their own flaws. “Flash” is a junkie, “Aquaman” exploits women, and “Thor” is a white supremacist. 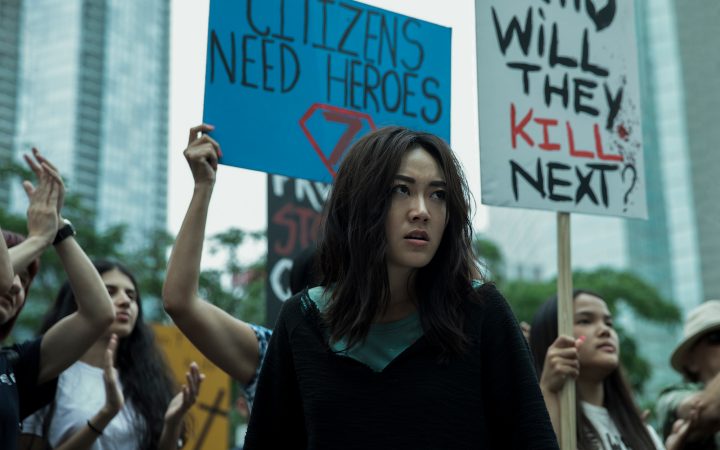 The Boys mirrors the traditional view of superheroes [Amazon Studios]

A story like this would have shocked audiences five years ago. But recent movies and TV shows seem to be pushing the boundaries of the superhero genre.

In their attempt to deconstruct superheroes, they often depict stories of real-life controversial events. Watching The Boys felt like a conversation about abuse of power from the police to corporations and even the #MeToo movement.

Similarly, Joker is about a mentally challenged man who saw the worst of society and felt that the blame lay on the rich elite. Batman v Superman, The Incredibles, and Captain America: Civil War ask if superheroes should be allowed to exist unchecked, given their immense power and often reckless endangerment of civilian lives.

It seems that cynical superhero movies are the next big thing, but why? Are audiences tired of hope and optimism? Or do filmmakers like to tell stories that mirror the world us?

One of the reasons that this trend is growing seems to be the over-saturation of the genre. The year 2019 saw nine superhero movies come to the big screen, the highest number ever. The year before had eight, while 2017 and 2016 had seven each. With 22 films in the Marvel Cinematic Universe, they begin to feel stale after a while.

[pullquote align=”right”]“Recent movies and tv shows seem to be pushing the boundaries of the superhero genre.”[/pullquote]It seems “Superhero fatigue” is real. Watching every movie in the series feels like an obligation because you’re afraid you might not understand the movies of the franchise you actually like.

Talking about these movies with your friends is now no longer a fun topic, but rather a confusing mess that’s hard to navigate unless everyone is on the same page.

“I’m a bit tired of the whole ‘objectively good’ superheroes,” said Annika, a journalism student who loves darker movies in this genre. “Joker is a great example of showing that people are multi-dimensional. These movies are more in touch with reality and create empathy for the people we demonise.”

This philosophy is clear in Joker as we see the world through the eyes of Arthur Fleck, the mentally unstable clown we usually only see as a villain in Batman’s story.

Even the movies themselves only feel complete when if you’re a die-hard fan. “Easter eggs” or hidden references make some dialogues incoherent unless you’ve seen the latest Marvel TV show set in the same universe as the movie. 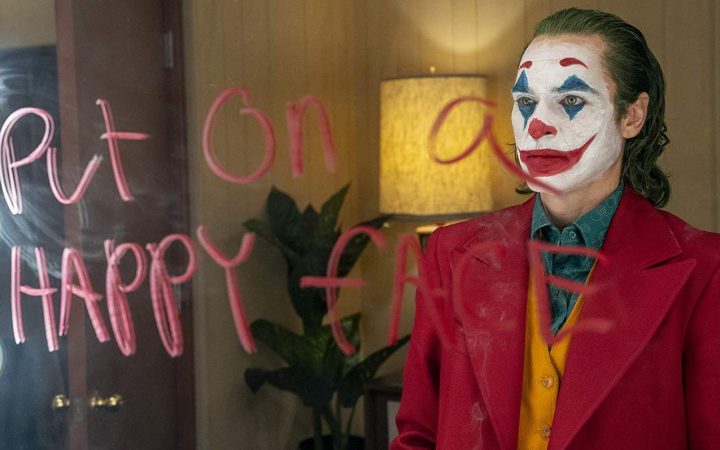 Many events in now have little to no payoff in the movie itself, but rather serve as a teaser for an upcoming movie or show, making that scene unfulfilling. Avengers Endgame featured a lot of scenes that made no sense until Disney revealed new spinoff shows coming to Disney+.

“Personally, they did it as indirect advertising for Disney+ to draw new subscribers to the service. It was most definitely about making money over telling a complete story,” said Lewis, a screenwriter and student. “The extended universes that these huge corporations are building are beginning to feel incomplete unless you fully invest in them, but we are yet to see the full impact of this on audiences as it is a new trend to leave hanging plot threads not answered in the movies.”

This isn’t the first time that superheroes have been deconstructed. When Alan Moore’s Watchmen first came out in 1986, it was during the cold war. Nuclear annihilation was not a plot device for movies but rather a real scenario people were afraid of.

Watchmen, later regarded as the greatest graphic novel of all time, depicted superheroes in the world that they lived in. They were flawed characters trying to help save the world in their own ways, sometimes accidentally increasing the threat of nuclear war.

“In the wider genre, the political and social discussions of superhero media is often driven by the political climate of the time,” Lewis told us. “Most superhero stories are set in the era in which they were written, which is why Watchmen mentions the Vietnam War and Cold War as key plot points. 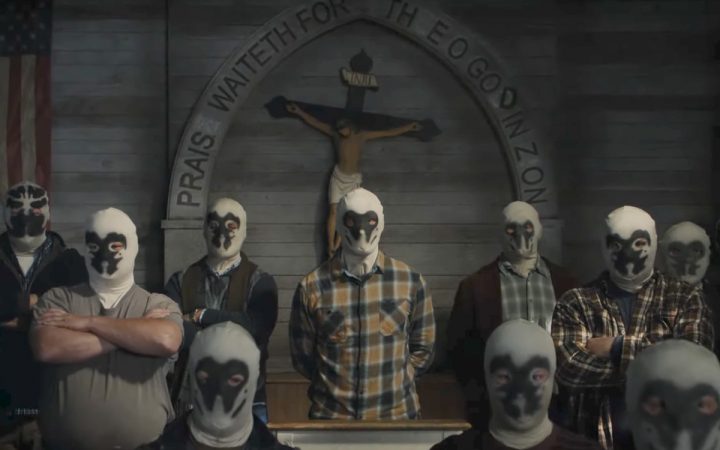 “In contemporary media, we can see this in The Boys focusing on the rise of the far-right ideologies in the States. Congresswoman Neuman on the show echoes an AOC [Alexandria Ocasio-Cortez] type personality as she tries to hold to account the superheroes and the major corporation backing them.”

Watchmen is a great example of a piece that deals with the political climate it was created in. While the original may have been set in the Cold War, the new TV show is set in 2019. This time, racism, police brutality, and white supremacy are one of the biggest issues tackled by the heroes.

In many ways, the fantastic power that superheroes wield makes them reflections of people in power in the real world. We looked at police officers like they were heroes in real life, risking their lives daily to protect the city, like a superhero would for the planet.

But our perception of the police and other people in power no longer reflects that dream. We see cops as brutal trigger-happy monsters who through negligence, or malice led to the deaths of innocent lives. World leaders now act like power-hungry despots, and superhero stories reflect that.

We no longer want to see Superman soar the skies and punch enemies through buildings. As in The Boys, we want to see superheroes held accountable for all the lives taken because of their negligence.

Just like we want to see the police being held accountable for the lives they take due to their negligence and too often malice.

By Mischa Manser
9 Mins read
From Kubrick’s A Clockwork Orange to Joker, why is the media so squeamish about violence in the cinema?
Opinion

By Davide Cantelmo
5 Mins read
Marvel’s movies are good, critically praised and very much enjoyable. But none of them are great or superlative.
Reviews

By Nicole Lester
1 Mins read
One of the hottest Netflix productions of 2015 looks like a superhero show, but turns out to be so much more.