Dating a vegan comes with negative stereotypes and a bad rap – from being ‘too annoying’, to having a ‘dull diet’, veganism can be restrictive. It’s not just meat, but also dairy, eggs, and all other animal products are off-limits. However, veganism has been on the rise and within the last decade is has grown 360% in the UK alone.

Joshua, 24, decided to become a vegan for moral and health reasons after watching a lecture by Gary Yourofsky called The Most Important Speech You Will Ever Hear. “I decided to be vegan in 2015, my family from Brazil showed me the lecture and by the end of it I was like why am I eating meat?” Joshua told us.

The lecture covers ‘everything’ and gives an insight into the benefits of being vegan not only for the planet but also for personal health. “It’s now common knowledge that there’s a certain amount of pus and blood allowed in milk.”, he adds. According to Animal Aid, a litre of milk can have up to 400,000,000 somatic (pus) cells before it is considered unfit for people to drink. 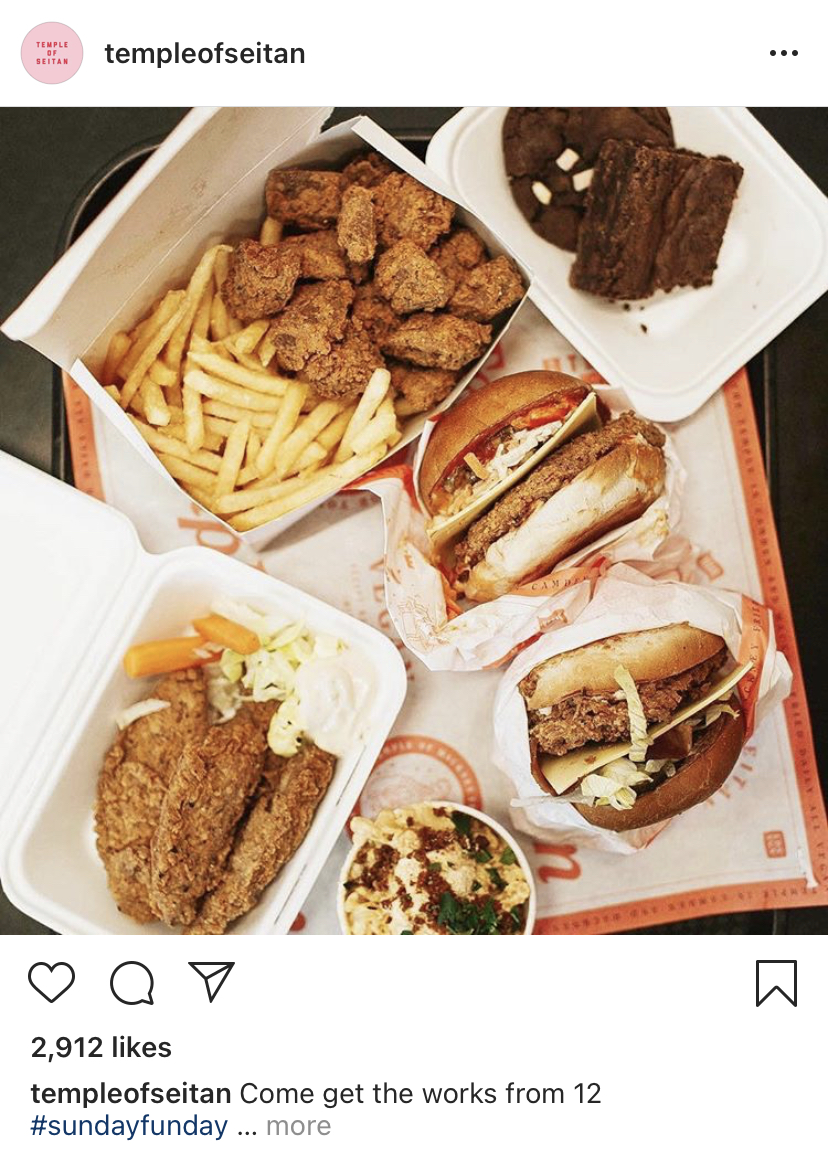 However, it is not easy to switch to veganism overnight. For some it can be a challenge, especially for someone like Joshua, whose family’s Brazilian food culture is heavily meat-based: “I grew up in south London and chicken is a massive part of that culture. So my diet was chicken and chips for my whole life up until to that point, and then one day I decided, I’m not going to eat meat anymore.”

If Joshua was more ‘introverted’, he would have struggled in the dating scene as a vegan. But he was vocal about his diet and his views. “When I first became vegan, I was vocal but I was also vocal about a lot of my views. Whereas now I’ve hit the point where I’m aware that people can be stubborn and really set in their ways,” he says.

With a growing number of vegans in the UK, meeting people who are vegan or even vegetarian has become more common compared to when Joshua changed his lifestyle.

“A lot more people in our generation are becoming vegetarian and vegan, so the people I’m meeting tend to be vegetarians.” But for someone who is shy, being a vegan would lead to them facings some ‘backlash’. “It’s a fun talking point for some people. It can get tiring,” Joshua admits.

Although Joshua’s girlfriend is a vegetarian, he is a part of the 72% who will still be happy to be in a relationship if she were to be a meat-eater.

“The main issue with dating a meat-eater would be to do with morals. The big thing for veganism is you have certain morals with how people are treating animals and the whole industry,” Joshua told us.

“Where a meat-eater may not be aware of those things or doesn’t care so then it becomes a whole thing of having very different morals and that could become an issue.”

[pullquote align=”right”]“I’ve hit the point where I’m aware that people can be stubborn and really set in their ways”[/pullquote]Since the beginning of human history, the dating scene has revolved around eating out; dinner dates, chocolates, coffee in the morning, or even brunch. Finding a partner who has similar values or even finding a place to eat together can be a challenge for vegan couples.  “Before we go and sit down anywhere, we have to look at the menu and make sure there are vegan options”, says Joshua.
Compared to when Joshua first became a vegan, restaurants and bars have evolved to now having vegan options on their menus. In five years, veganism has had a significant impact on the food industry. “There are now places which are specifically catering to veganism, or restaurants are at least adding a few vegan options on their menus.”

Dinner dates are not the only thing that changes after you become vegan, chocolate is also a massive part of the dating culture. “Now there is an alternative to chocolate called Vego Bar. It tastes like Nutella in a chocolate bar, but it’s completely vegan and it’s incredible,” Joshua says. Dark chocolates are also an option that are naturally vegan.

While London has a massive chicken culture, the impact that veganism has had on the food industry speaks volumes with multiple ‘chicken’ shops that are now aimed at vegans.

Some of the restaurants are following suit, such as the Temple of Seitan which has gained a reputation as one of London’s better vegan fast food restaurants, and another popular restaurant is the Chick’n restaurant on Baker Street.

There aren’t drastic changes to the dating scene regardless if you’re a meat-eater or a vegan. But with food playing a big role within the dating scene, being vegan can still be an obstacle.

“Only thing that has changed is food really,” says Joshua. “Going to a restaurant, making sure there are vegan options. I wouldn’t say being a vegan has a massive impact on your dating life any more than it does on your personal life.”

By Shontai Barnett
1 Mins read
What’s in a name? we go inside the ‘no-label’ of Gen Z’s Queer community.
AudioFood