In recent years, homelessness has consistently been highlighted as an area of rising concern throughout the UK. In a year that has seen unprecedented changes to social interaction, the presence of Covid-19 continues to pose a serious challenge in combating homelessness.

After the announcement of a second national lockdown in England, many homeless charities now believe that rough sleepers are even more vulnerable.

Cold winter weather coupled with a reduction of homeless support services, due to dwindling budgets and new government restrictions on social gatherings, mean that this winter could be the toughest yet for thousands of rough sleepers.

Josh, a young person from south-west London, had been sleeping on the streets for a while before he was eventually linked with New Horizon Youth Centre, a day centre helping to support homeless young people in central London.

[pullquote align=”right”]“You wait and wait for someone from outreach who say they come to see you and then they don’t. You’re just stuck and unsafe”[/pullquote]Because he was not deemed to be a ‘statutory homeless’ person – a homelessness status in which that person is owed a duty of care by a local authority – Josh was unable to get the help he needed from his council and continued rough sleeping as a consequence.

Since New Horizon’s youth-specific outreach team found him, Josh has been receiving support from the charity throughout the coronavirus pandemic but is still looking for somewhere to stay due to a lack of available housing.

“I was made to leave the place I was staying in sad circumstances,” Josh told Artefact. “During lockdown, I was working as a carer, but I was sleeping on the streets. It’s been a fight to keep that going. At night you wait and wait for someone from outreach who say they come to see you and then they don’t. You’re just stuck and unsafe.”

Between July and September this year, homeless outreach teams recorded 1,901 people sleeping rough for the first time in London alone, according to a report by the Greater London Authority released in October. The largest distribution of rough sleepers was noted in key boroughs of central London, including Westminster, City of London and Camden. 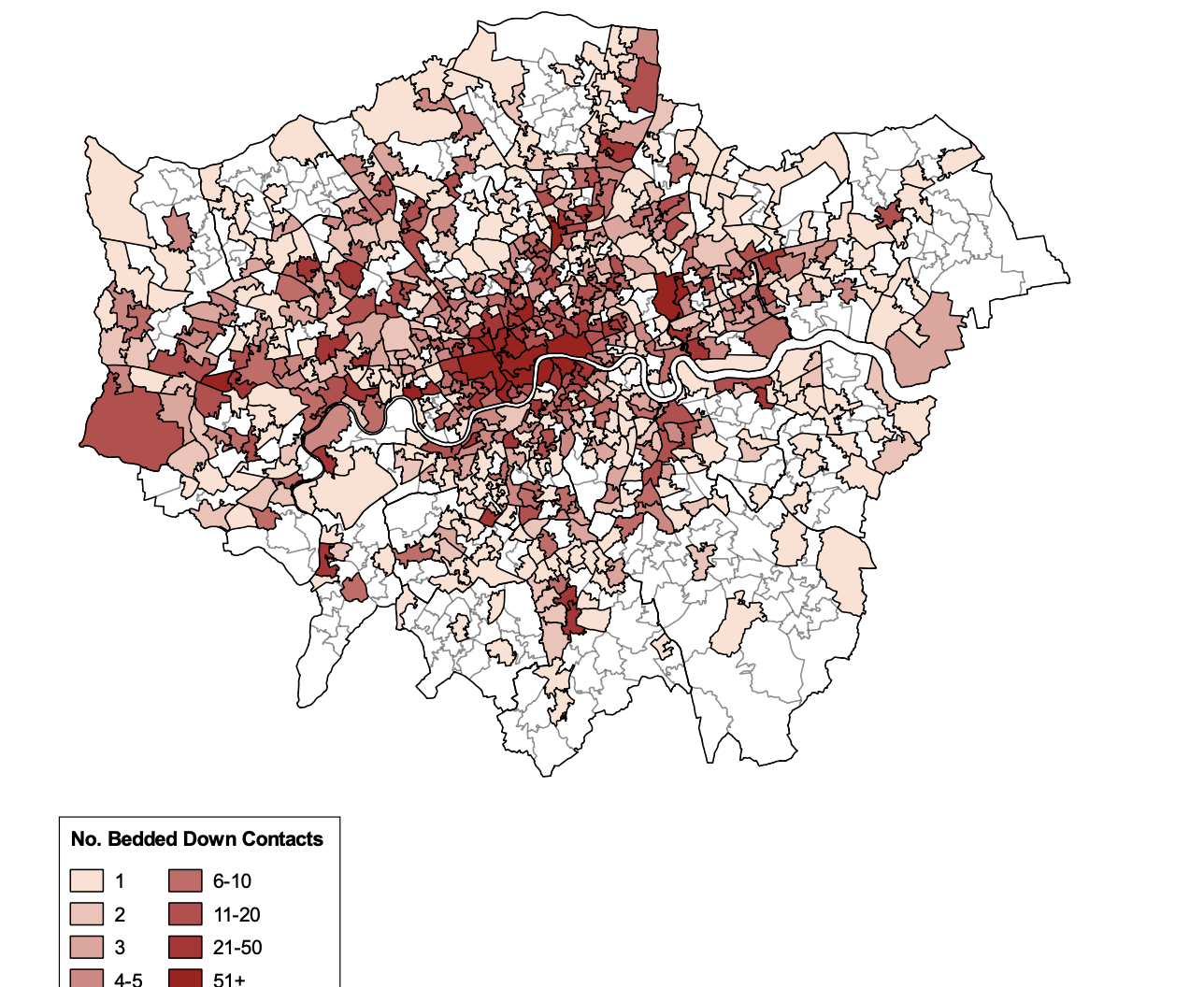 Phil Kerry,  the CEO of New Horizon told Artefact that hundreds of young Londoners are already “slipping through the cracks or being put in serious danger” this year, citing the coronavirus pandemic and a lack of youth-specific resources as a contributing factor to an already deteriorating situation for young homeless people across the capital.

“Going forward, the Mayor must make proportionate budget allocations to match the 11% of rough sleepers who are young people,” Kerry said. “So far City Hall has not ring-fenced any funds for street homeless people under 25; given the continuing trend, we must make sure that rough sleeping strategies now start to include young people’s experiences and needs. Although less immediately visible, young people are very present amongst rough sleepers and they must be no longer ignored.”

New Horizon have partnered with Centrepoint – another youth homeless charity – and together they are calling for the government to make age-appropriate provisions for young Londoners sleeping rough.

With winter approaching, the charities say that priority to Covid-safe emergency accommodation should be given to 18-25-year-olds who are street homeless.

[pullquote align=”right”]“The key to this project is really to help empower our guests…They can then go back into society with a sense of pride and purpose”[/pullquote]Currently, the British government has promised more than £150 million to fund the delivery of more than 3,300 new long-term homes for rough sleepers across England by the end of March 2021. The funding comes in addition to the government’s initial sum of £91.5 million which had been allocated to 274 councils in September, to help fund local plans for rough sleepers over the winter as well as short-term and interim accommodation for vulnerable people.

However, the charities warn that the measures don’t go far enough,linking a potential rise in the number of rough sleepers this winter to a drastic reduction to homeless services due to social distancing, and late implementation of the government’s new furlough scheme which has seen many lose their jobs.

A day centre in west London supporting people facing homelessness is working to reduce the impact. The Barons Court Project, an award-winning charity based in Hammersmith, started a social enterprise during the coronavirus pandemic which is using art to help those experiencing homelessness to create an additional income, whilst raising funds to enable the continuation of the charity’s work.

The charity’s initiative, ‘Home(less) Made’ runs weekly art workshops that teach participants how to design, draw and paint, and to sell their work on.

So far, the project has attracted art buyers from as far as the United States and made more than  £1,500 since its launch in May, with 50% of the profit going back to the artists themselves.

Guan Chow, 57, a Home(less) Made participant who has been couch surfing throughout the pandemic, felt the initiative had improved his mindfulness in recent months: “Without this project, I don’t think I’d be able to do [anything] productive. For [a] moment in time, I am able to concentrate, and put all my focus into my painting,” he said.

“One night we had a fundraising event at Hammersmith Town Hall, and my painting raised £140. I never thought people would pay that kind of money for my painting. I was so chuffed and taken by it, and from then on, I thought, oh my God, people really admire and appreciate my work.” 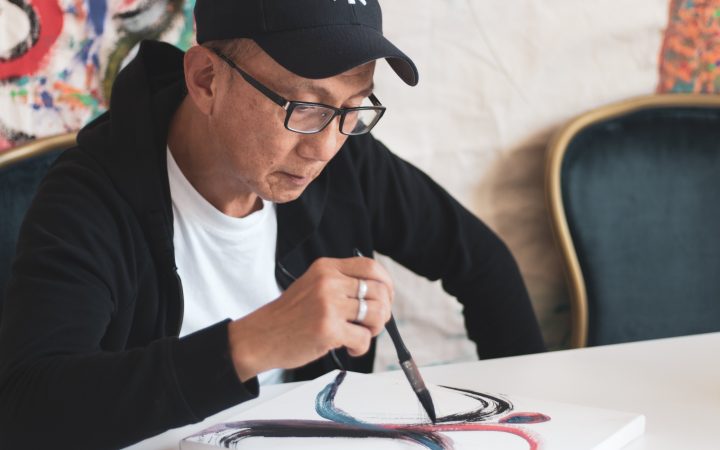 Michael Angus, Director of the Barons Court Project, emphasised the success of the programme, which he described as a more ‘sustainable’ approach to managing the delivery of homeless care services throughout the pandemic. Starting the group as a way to use the talent of the guests at his day centre, Michael didn’t imagine the project would become so successful given the challenging circumstances.

“We’ve seen the benefits that this sort of project has on the level of confidence it can give our guests, which helps them prepare for an independent life. When Guan saw his designs being posted around the UK and beyond, he appreciated how much his work was admired,” Angus told us.

“The key to this project is really to help empower our guests by giving them the chance to express themselves creatively and realise their talent. They can then go back into society with a sense of pride and purpose,” Angus said.

The Barons Court project plans to expand its range of products in the coming year with the main goal of keeping the issue of homelessness within the public eye.

Given that the national lockdown in England ceases on December 2, the group aims to launch stalls at several public locations in west London, where they will sell artisan Christmas cards to continue raising funds. The locations of the stalls are yet to be confirmed.

With government support and continued efforts put in by charities across London, there is anticipation that rates of rough sleeping will decrease – but without a guarantee of vital resources for support services throughout the pandemic, there are still real concerns about what the state of homelessness could look like going into the New Year.