People have been writing on walls for centuries; it dates back to ancient times with examples being recorded in ancient Egypt, ancient Greece and the Roman Empire.

When the subject of street art arises, well-known artists such as Banksy or Ben Eine may come to mind; and with the success and popularity of these artists, street art and graffiti have become conflated.

Generally, street art is figurative and commissioned by an individual or collective, whilst graffiti is usually lettering and always illegal.

The modern, urban graffiti we know today has spread to industrialised cities across the world since its emergence in 1960s Philadelphia. It is now a permanent feature on the surfaces of London, and is probably the art form we see most in day-to-day life.

London’s graffiti has developed its own style and nuance, often described as aggressive and dirty. The streets of Shoreditch, Camden and Brixton have become tourist attractions within the city, with many tourism sites recommending graffiti hotspots such as, Leake Street Tunnel and Brick Lane.

A London graffiti writer (who prefers not to be named) describes graffiti as “a form of artistic expression by members of an inner city community.”

Writers use spray cans and markers to paint a nom de plume on any available city surface. Colloquially referred to as ‘tags’, they are the writer’s trademark stamp, they’re about speed, frequency and establishing your existence. 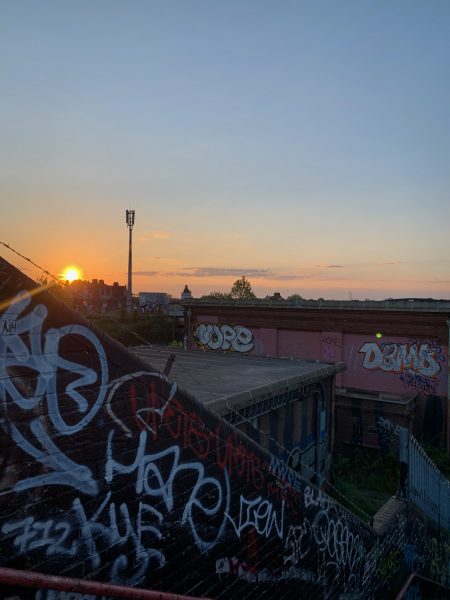 “Tags are the most common kind; it’s graffiti in its simplest form and is a way for artists to self-advertise. Tagging is the quickest way to put something on a wall, have it instantly read and basically let people know that you were there. It’s your bread and butter.”

“They have flow to them and allow the writer to represent themselves and their art form. When you really take the time, you’ll notice little characteristics of letters that are individual to the artist. Each artist has their own style. It’s about being eye-catching, bold, different.”

Explaining his interest in graffiti, our artist said: “I love urban exploring and being able to experience views of London that so many people will never see. It’s a whole new city. We discover places that are expected to be left under lock and key and defy the normality of a nine-to-five life.

“I never really showed interest in art, it was something that I didn’t mind doing, but I wouldn’t have considered myself an ‘artist’. It was when I changed schools and I had to get on the overground everyday, that’s when I started noticing graffiti more. I had friends who’d started and one night I went with them. I put up one tag and next thing I knew, I was addicted,” he told us.

“When I first started I was so scared, I’d only go out at in the middle of the night to make sure there was absolutely nobody about. All of our pieces were shit, but it’s about learning as you go, making your own individual progress and growing as an artist. Something just sparked and now I can’t stop.” 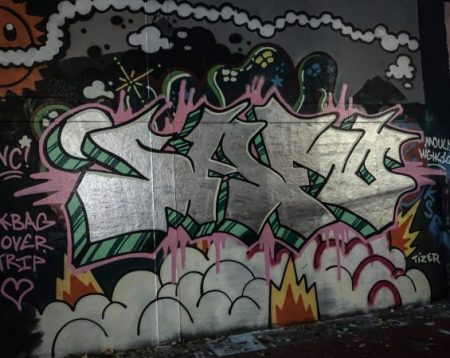 Stockwell is home to one of the most famous legal spots to paint in the world; artists come from all over the world to showcase their work [Abbie Gibson]

In the wider world, graffiti is seen as a societal issue but within the subculture it operates as a social tool. “I started out just painting locally, but you begin to move around as you meet new people and learn new areas. That’s one of the most important elements of graffiti, it’s a big community. In the pub on a Saturday night, most people I bump into are writers. For a while, I didn’t know anyone apart from the people I’d come up with, but now I know so many artists.

“Once you start, you learn about different writers and styles. It’s so much more than the detailed paintings or murals you see; they have been commissioned and endorsed by brands and companies, and whilst they’re amazing, they’re not a true representation of the what actually goes on. Graffiti breaks more boundaries than street art.”

Graffiti often sparks debate among members of the British public; some believe it adds culture and colour to the otherwise bland streets of Britain, whilst others believe it is an unnecessary eyesore.

A survey conducted on Instagram found that 41% of 18-25 year-olds thought that graffiti benefitted the appearance of cities, whilst 59% thought it was undesirable and avoidable.

“I can see it from two perspectives. As an artist, adding life to an otherwise boring shop shutter is better, but I can see why people would look at it as mere scribbles on a wall. I think it’s just a lack of understanding. If people took the time to appreciate the skill that goes into creating some of the pieces, it wouldn’t be looked down on so much. There’s so much more to it than meets the eye. It comes in many different forms, forms that the regular person wouldn’t notice.” 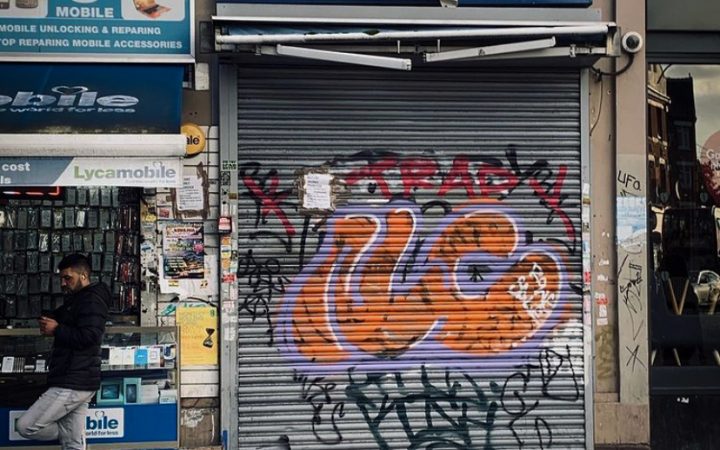 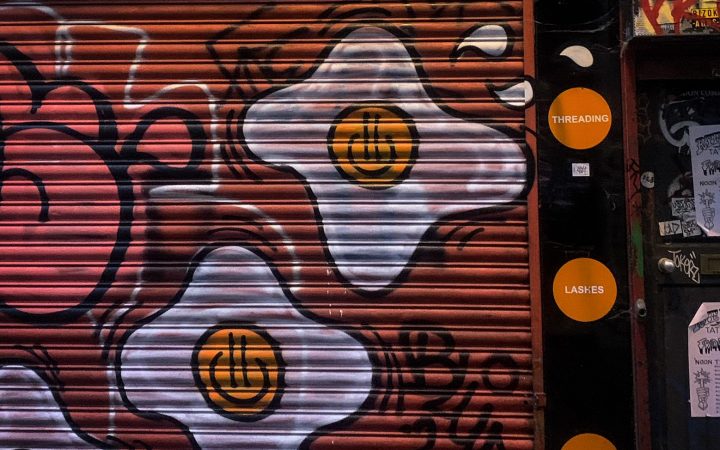 Whilst others choose to use symbols or illustrations (Peckham) [Abbie Gibson]

Whilst graffiti is an appreciated art form, it is also considered a criminal act under the Criminal Damage Act 1971. If caught, offenders can be punished with an unlimited fine or even imprisonment.

The Anti Social Behaviour Act of 2003 defines graffiti as “painting, writing, soiling, marking or other defacing by whatever means”. Anything from a quick tag to an intricate painting can be deemed illegal.

Train graffiti is considered a particularly serious crime. In the past, writers have served long sentences, and some have been imprisoned alongside violent offenders. Seemingly undeterred by this threat, writers continue to push the medium of graffiti and make their mark across London’s transport network.

“It is one of the best ways of getting your name out there. Fundamentally I’m a train nerd and as a writer, you aim to get on the tracks. Obviously you face so many risks: getting arrested being one of them, but it’s a risk I’m willing to take. There’s also the possibility of getting hit by a train, falling, being electrocuted, the list goes on. Yet I don’t see myself stopping anytime soon.” 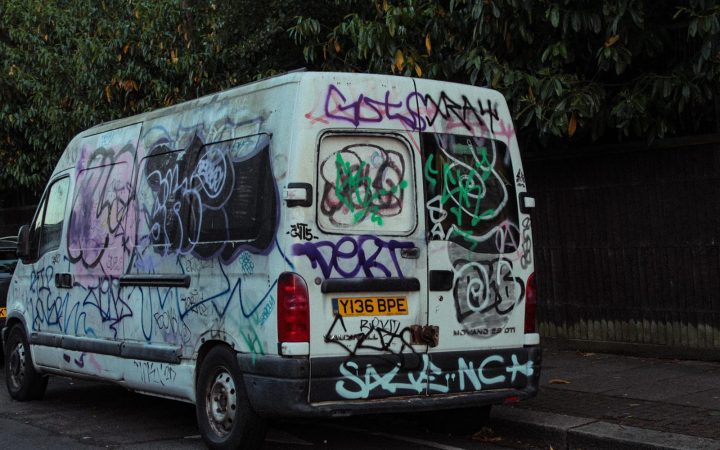 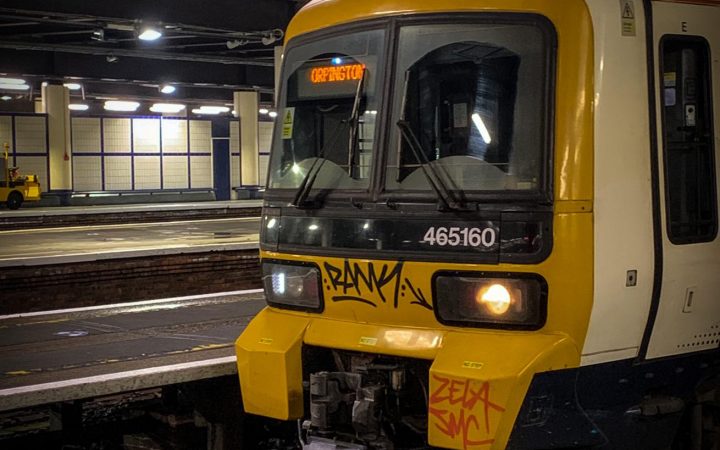 Writers often risk jail time and injury for an art form with a relatively short lifespan. Technology and teams, specifically assembled to facilitate the swift removal of graffiti, mean that some pieces might not even survive the night. So the question arises: Why bother?

“It’s more addictive than drugs. When I don’t paint I get itchy fingers. It’s an addiction. So even if it does get buffed: (a) The act of painting was worth it and, (b) You can always go back. Some nights you sit in a bush all night watching a plot.

“I’ve sat, waited and not had the right opportunity, so I’ve gone back to the same spot two, three times. It’s the completion and satisfaction after finishing a piece. You can’t beat that rush.”

Legality aside, graffiti is a permeant fixture on London streets and is a cultural practice appreciated by the city’s youth.

Graffiti does not just exist as a crime, it is also art.