It’s three o’clock in the afternoon on a particularly cold Friday in February, the yellowy-orange glow from the nearby flats is becoming more prominent as the sun begins its descent, and Ruskin Park is filling up as the after-school rush begins.

“I’m here near enough every afternoon at the exact same time,” says Daphne, a mother to two small children. “The second the ‘shut down’ button is clicked, shoes, coats and gloves are on and we’re headed to the park-like clockwork.

“It’s hard enough keeping the children in the house for the school day, let alone finally getting out and having to confine them to a small area in the playground to avoid them getting ‘too close’ to another child.”

She glances over at the police car which is stationed in a perfect, observing position. “I’ve never seen any commotion, just noticed one or two around at the park’s busiest times. I know groups of kids have been asked to split up or go elsewhere,” Daphne tells us.

“I don’t know how kids can be expected to keep their distance at all times. All of these children are heading to the park at the exact same time (when the school day finishes) and are expected to all play on their own. It doesn’t make sense to me.”

“No one really knows what the exact rules are, so we just interpret them in our own way until told otherwise.”

Lockdown restrictions have been dubbed “confusing” and “unclear” since the very beginning, and when it comes to children, the lines become even more blurred.

A recent Cabinet Office statement caused controversy after suggesting that a child should not meet another for exercise and that they should use playgrounds only if they did not have a private garden.

Following this, Number 10 were forced into clarification, saying all children can use playgrounds for exercise but not socialising.

The prime minister’s spokesperson said: “We have been clear that exercise is allowed under the national restrictions. That continues to be the case, and the reason we ensured playgrounds stayed open was to ensure that children continued to use them for exercise purposes.

“It is reasonable for any families to take their children to the park and to use playgrounds. As we’ve said previously, people should keep two metres apart if they’re in a circumstance where there are other people around, playgrounds being one example. They should keep that two-metre rule. But again, we’re asking people not to go outside for socialising.”

Jess, a 21-year-old student, is navigating the ever-changing lockdown restrictions as a nanny for three primary school-aged children: “We’re at Clapham Common nearly every afternoon. They’ve just opened up a brand new playground, so the kids can’t resist. I had no idea we were breaking the rules.

“The park is always packed. Police officers do park up and patrol the area, which definitely scares the adults more than the children, but I’ve never seen anything more than observation,” Jess said.

“I guess if you’re going to open up a brand new playground in a very popular park, you’re expecting it to be busy. Either shut the park or allow it. That’s the problem. No one really knows what the exact rules are, so we just interpret them in our own way until told otherwise.”

Keeping track of the restrictions is hard enough, let alone enforcing them on children. Jess is learning to find a balance between caution and cruelty.

“Of course, the kids know to sanitise their hands after being at the park or before eating food. But as for social distancing, there comes a point when you’re just being mean. They see their friends and the two-metre rule is instantly forgotten. It becomes impossible to maintain.

“They’ve been stuck in the house all day, the older kids are glued to a computer screen for the best part of six hours, all they want to do is talk or to play with their friends,” Jess explained.

“They need that interaction with other children, people their own age, who they can relate to. It’s something I definitely took for granted at school; I didn’t realise the detriments not actually being in school could have until now.” 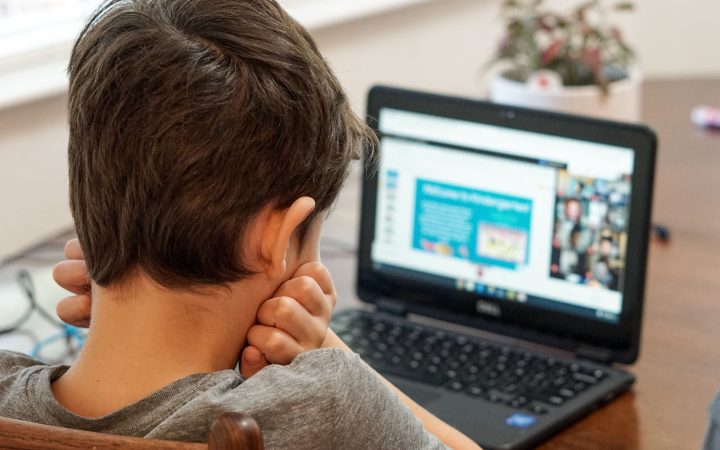 In the ten years children are at school, they develop the fundamental life skills of communication and socialisation. Our well-known school structure has been thrown out of the window since the outbreak of Coronavirus. The classroom has been relocated: the desk is a kitchen table, putting your hand up is done by a click of a button and teachers and classmates now reside on screens.

“It’s just a completely different way of teaching,” said Nicky, a South London primary school teacher. “The digital technologies and practices were so unfamiliar, so it was just a ‘learn on the job’ situation and do the best you could do to make sure your students are still involved and learning.”

“The ‘bouncing back and forth’ conversation is taken away. You’re often teaching to a ‘room’ of invisible, silent students. The children don’t have the chance to interact with each other, which is such an important part of the learning process,” Nicky told us.

“On a normal, in-person school-day, the children would have ample opportunity to talk and work together on tasks. It’s the first stepping stone to establishing critical life skills like communication and teamwork. They’re being deprived of an integral part of the development and I don’t think it can go on for much longer.”

Neuroscientists highlight adolescence (defined as being between 10-24) as a vulnerable stage, when key brain development occurs and mental-health problems are most prone.

Research published in The Lancet Child & Adolescent Health, showed that several months of physical distancing may have larger impacts on a child than an adult, and urge the consideration of young people’s wellbeing and mental health.

The writer Amy Orben also calls for further research to be conducted to understand the effects of “social deprivation” on adolescents.

Kathleen is a mother to ten-year-old twins: “They are in their final year of primary school, which is such an important time for them. They’ve missed out on so much and who knows if they’ll ever make that time up?

“The twins really value time with their friends now. So when we do run into them in the park or on walks, they are even more excited to talk or play football. It’s so clear that they’ve missed them and actually cherish their friendships. They’re in desperate need of social interaction, and sometimes it’s not worth stopping them,” she told Artefact.

“They’re spending all of their time with us (their parents), which is the opposite of what they want. These are the years when children would much rather be with their friends, and they probably should be. It’s such a sensitive time for them, they’re just learning how to form and maintain friendships and now they have to do that from behind a screen or at a safe distance.”

“They’re in desperate need of social interaction, and sometimes it’s not worth stopping them.”

Digital communication has been at the centre of the Coronavirus lockdown. Around 69% of young people (aged 12-15) in Britain have a social media profile. Dr Orben recognises that these means of interaction (e.g. social media, video chatting or online gaming) can “mitigate the potentially harmful effects of physical distancing.” However, it can not completely replace the vital impact face-to-face interaction has on young people.

Throughout the pandemic, there has been debate regarding where the virus is spreading the most. Schools have been blamed and deemed as “breeding grounds”, but is this really the case?

The European Centre for Disease Prevention and Control (ECDPC) admit that whilst Covid-19 has been transmitted in schools, the breakouts have not been prominent and are generally affected by community transmission. Furthermore, the majority of children do not develop symptoms and others may only experience a mild form of the virus.

An Icelandic study has provided “definitive evidence of how much children contribute to coronavirus spread.” Researchers at the nation’s Directorate of Health and deCODE genetics monitored every adult and child who had quarantined after potentially being exposed last spring.

It found that children under 15 were about half as likely as adults to be infected, and only half as likely to transmit the virus to others. The majority of transmissions to children came from adults.

So, given the acknowledged detriments on young people’s social development and ambiguous evidence on transmission rates, why do we continue to impose such strict lockdown rules on children?

Parents and guardians look forward to the highly anticipated reopening of schools. Kathleen told us: “I think I speak for a lot of parents out there – it can not come quick enough. Not only to give all of us a much-needed rest but also to finally let our kids be kids. Their education, friendships and lives cannot reside solely on the internet anymore.”