On a bright, hot day in June 1926, on one of Barcelona’s busiest boulevards, a humble, odd-looking man was run over by a tram on his daily walk to confession.

Judging by his shabby appearance, passers-by mistook him for a beggar, and no one came to his aid. After a few hours, a policeman ordered a driver to take the man to a hospital.

The next day, a priest identified that the beggar, who was still alive, was the architectural genius Antoni Gaudí, who died a few hours later.

Gaudí devoted body and soul to the Sagrada Família: “My best friends are dead; I have no family, no clients, no fortune, nothing,” he said.

The modernist architect worked until exhaustion in the last years of his life, shunned drinking and abstained from food. His hygienic habits also ceased, and he eventually begged for alms to finance the project.

Popularly known as The Beggar’s Cathedral, the Catalan architect’s masterpiece has been unfinished for more than 139 years. Gaudí’s heaven on Earth is now Barcelona’s main touristic attraction, although the pandemic has blown plans for its consummation out of the water.

The last tower, the Jesus pillar, was expected to be crowned in 2026 at a height of 175.2 metres, ending more than a century of construction.

“Many residents have been forced to leave.”

The pandemic disrupted the plans completely, when workers had to stop the construction in March as Spain went into lockdown. Even though work on the church resumed at the end of last year, the goal of completing it in 2026 to commemorate the centenary of Gaudí’s death is now in tatters.

“Unless there is a miracle, work will not finish in 2026,” said deputy president of the Sagrada Familia Construction Board Esteve Camps.

The critical funding setback brought about by the drop in visitors and donations left all efforts this year focused on the pinnacle dedicated to the Virgin Mary, a 138-metre-high structure topped by a seven-metre star made of twelve steel and glass points.

The Sagrada Familia received an average of 15,600 daily visitors before the pandemic. Lacking tourists, only around 2,000 monthly local visitors keep the lonely church alive.

However, Gaudi’s masterpiece used to be Barcelona’s most visited tourist site: 4.5 million annual visitors consecutively since 2015. 72% of tourists visiting the city considered the Sagrada Familia a must-see. Additionally, La Pedrera and Casa Batlló each received around one million visitors a year.

Gaudí’s work is the city’s driving force for tourism. It is also an oil well for those who run it, a tourist money-spinner with unaffordable prices for the almost non-existent local public.

These are exorbitant prices compared to the €17 (£14.67) to enter the Vatican, including the Sistine Chapel, or the €7 (£6) you will pay to climb Notre Dame’s tower in Paris. 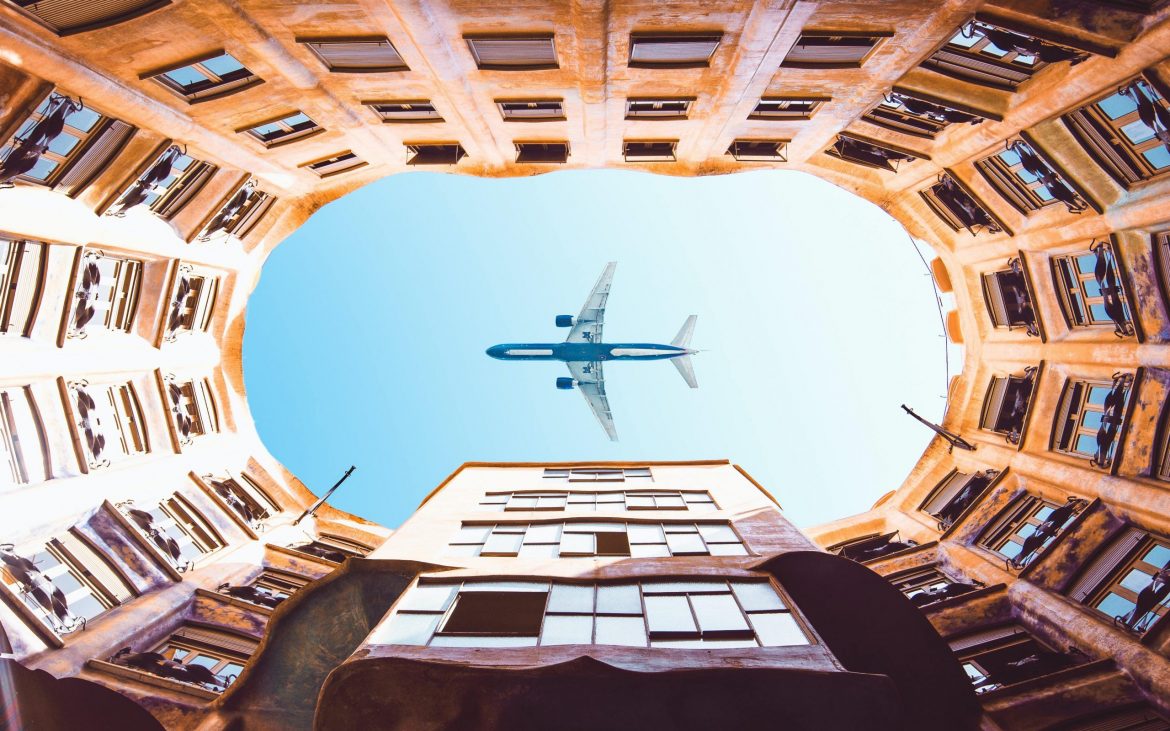 The Junta Constructora de la Sagrada Família, the ecclesiastical foundation that runs the church, has historically been opaque when publishing the temple’s financial figures.

For more than a century of construction, the church has never paid work taxes for the temple. In 2018, 137 years after the first stone was laid, the Sagrada Família and Barcelona City Council reached an agreement for the church to pay €36 million (£31m) over the next ten years to compensate for the expense it causes the city.

A triumph for the local council, which celebrated the church finally paying “like everyone else and without any privilege,” said Janet Sanz, the deputy mayor for urban planning.

“If the staircase is not Gaudí’s, what’s the point of demolishing two buildings and kicking out its residents?”

Neighbours have resented the church’s tax exemption for years since they have experienced a spectacular tourist boom.

Residing in the neighbourhood has become a luxury and “many residents have been forced to leave”, says Clara, a neighbour who has seen how many of her neighbours’ flats converted into tourist accommodation.

Locals people have watched as large food chains and souvenir shops have replaced local business. “It’s not easy to go out on the street and see thousands of tourists taking pictures with selfie sticks and wandering around in front of your house”, says Clara, recalling the times before the pandemic.

Consequently, the coexistence between locals and tourists has become increasingly complicated. “If there’s one good thing about coronavirus, it’s that it has brought peace back to the neighbourhood. It’s been many years since I’ve sat and read in the park in front of the Sagrada Familia,” she says.

While five million tourists visit the temple every year, some 20 million people spot it only from the outside, making the streets and buses of the neighbourhood the busiest in Barcelona.

That is why the Construction Board aims to redevelop the area in front of the Glories façade, which will be the main façade when the Sagrada Familia is completed. The intention is to make a grand staircase with a large pedestrian plaza in front of the church. 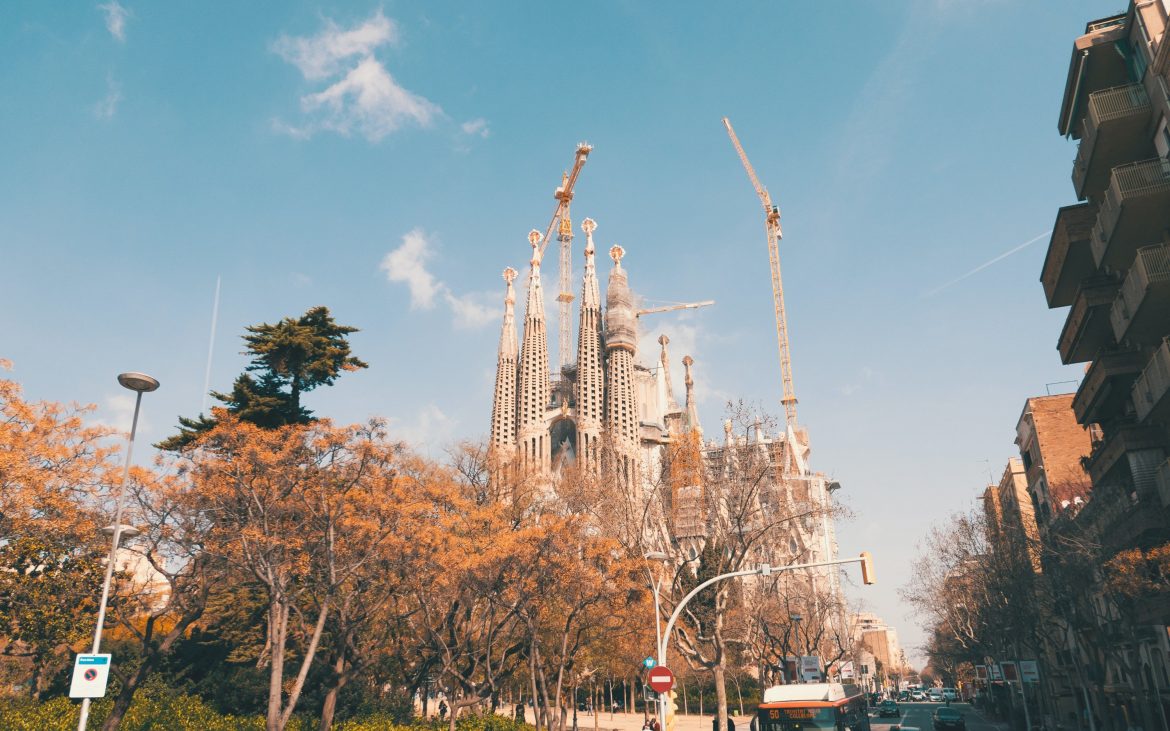 A street view of the Sagrada Familia [Unsplash: Nomadic Julien]

To do that, they would need to demolish two blocks of flats, relocating their residents elsewhere. The opposition of the neighbours is visible if one walks by the surrounding streets of the church.

Numerous signs hanging from balconies read: “No to expropriations” or “My life is here, and they want to throw it down”.

The City Council, Sagrada Familia and neighbourhood associations mediate the issue at a discussion table, which has run into problems now due to the Sagrada Familia’s immovable position.

Neighbourhood associations advocate the right to housing and resist the demolition; Sagrada Familia, for its part, has already acquired a plot of land near the church where they could build new buildings to relocate the residents.

The Basilica is preparing a compensation package for the neighbours while the City Council will commit to improving the neighbourhood. Yet, none of this seems to convince the residents to leave their homes.

“The Sagrada Família is building slowly, because my Client is not in a hurry,”

“If the staircase is not Gaudí’s, what’s the point of demolishing two buildings and kicking out its residents?” Salvador, a neighbour of the area, wonders.

The stair was not in Gaudí’s plans, but he did envisage a square in front of the Sagrada Familia. For touristic and commercial reasons, the architects are now determined to build both. However, the line between what is Gaudí’s and what is not is very blurred.

The architect’s work has been reinterpreted by seven architects since Gaudí’s death. Most of the vital documents for building the Sagrada Família burned in a fire set by anarchists during the Civil War.

As Juan José Lahuerta argues in his book Antoni Gaudí. Fire and Ashes, the modernist architect “has been the object of a destructive process that distorts his work, hijacked by tourist exploitation.”

The commercialisation of cultural heritage as a tourist attraction subjects the city to intense gentrification dynamics that force its inhabitants to move.

Barcelona is the second Spanish city with the most Airbnb’s and, consequently, the one with the most expensive rents in the country, bringing about “the replacement of the working class of the neighbourhood by a wealthier one,” as anthropologist Jose Mancilla defines it.

The city has failed to protect the architect’s artistic work taking advantage of its economic potential. Gaudí’s work has become a commercial product, easily digestible and quickly consumed, without tourists ever understanding its complexity.

“The Sagrada Família is building slowly, because my Client is not in a hurry,” he said, referring to God a few years before his death.

Today, the temple is still uncompleted, lacking visitors and funds and facing uncertain prospects for the future.

Paradoxically, the slower the temple is built, the longer the neighbours will remain in their homes.