Two leading members of Northern Irelands Democratic Unionist Party (DUP) have come under fire in recent weeks for appearing to support the practice of conversion therapy. The comments have provoked a debate on the government’s understanding of the LGBT+ community.

The pseudoscientific practice is deeply rooted in religion; it attempts to change a person’s sexual orientation or gender identity using psychological intervention and often prayer while asserting that being LGBT+ in any sense is an ‘illness’ that can be ‘cured’.

Sammy Wilson, a DUP member, expressed his opposition to a ban on the practice in an email responding to concerns raised by a constituent, and said: “I feel that those who wish to avail themselves of conversion therapy and those who wish to practice it should be allowed to do so. 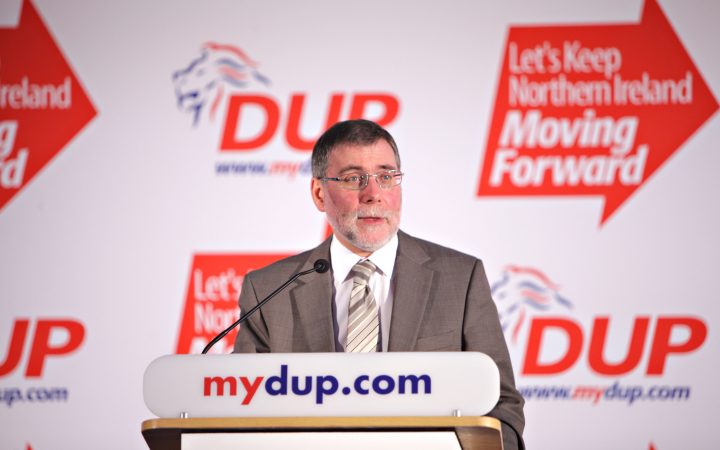 “I certainly would not support such a practice, but where those who feel they need some help and that help is available, then I think they should be free to request it,” he wrote.

In late January Nelson McCausland, a DUP member of Northern Ireland’s Education Authority, shared an article promoting a gay man’s conversion to faith as “a powerful testimony of a life changed by God” and an insight into “the whole gay movement.”

The comments provoked anger amongst the LGBT+ community and its allies, and there were calls for McCausland’s resignation. However, he refused, saying his comments were “misunderstood.”

Jacob Kilgore, from Londonderry, told us that as part of the LGBT+ community the DUP’s view “saddens” him, but it comes as no surprise. “It’s difficult to be annoyed about something when it’s just the standard you’ve come to expect from your country’s politics,” he said.

Stormont, the seat of the Northern Ireland Assembly, has a history of voting against legislation that would bring equality for the LGBT+ community and was the last of the four nations to legalise same-sex marriage, which has been legal in England, Scotland and Wales since 2014.

A vote in 2015 resulted in a majority in favour of recognising same-sex marriage, but the DUP used a veto known as a ‘petition of concern’ to block a change in the law.

According to Jacob, this is largely due to the church’s influence in the judgements of politicians: “We have this illusion of church and state being separated, because the church doesn’t run the country, but followers of the church do. The lack of separation between church and state is what has held back many great things, I mean even something as amazing as the use of anaesthetic. Religion has no place in politics at all.”

Same-sex marriage was finally extended to NI in 2019 when LGBT+ campaigners turned to Westminster when devolution collapsed in Stormont after a dispute between nationalist and unionist parties.

More recently, the events have been echoed when some DUP members of the Committee for Health, which advises the First Minister, failed to support a motion condemning conversion therapy.

In a statement Eóin Tennyson, an Alliance party councillor who is gay, said: “On days like today, I can’t help but despair.” He went on to call out the DUP for having a “mistaken notion that so-called ‘conversion therapy’ is all about electrodes and physical abuse. It’s not.”

[pullquote align=”right”]“We in Northern Ireland live in a society where our happiness is a debatable issue. Our rights are debatable, and concerning conversion therapy, the authenticity of our existence is debatable.”[/pullquote]According to Tennyson, conversion therapy is not always overt and can manifest itself as talking therapy with members of the faith community or someone within a position of trust. But that these methods are “every bit as demeaning and damaging for LGBTQ+ people.”

He says conversion therapy preys on vulnerable LGBT+ people who have feelings of “fear and shame” and affirms the idea that being gay is wrong and can be changed, adding there is “no such thing as an ex-gay.”

Tennyson’s statement also took aim at NI’s past: “It is heartbreaking and infuriating in equal measure the debate of such weight and seriousness, of such importance to the LGBTQ+ community, descended into another tried and circular argument about our past here in Northern Ireland, overlaid with the usual sectarianism and prejudice.

Jacob tells us that being LGBT+ in NI can be an exhausting experience when being his authentic self is a topic of discussion: “We in Northern Ireland live in a society where our happiness is a debatable issue. Our rights are debatable, and concerning conversion therapy, the authenticity of our existence is debatable. Which is so so dangerous.”

Stormont debating issues concerning LGBT+ equality is part of the problem for Jacob. He feels it allows the public an opinion on his sexuality, happiness and rights, or lack thereof, in NI: “It’s utterly ridiculous when you boil it down. The elderly lady in the post office is allowed an opinion on my life because it’s a debatable issue.”

An understandable perception when the Assembly has yet again proved itself unsympathetic to the struggles of people like Jacob by disregarding the damaging effects of conversion therapy. 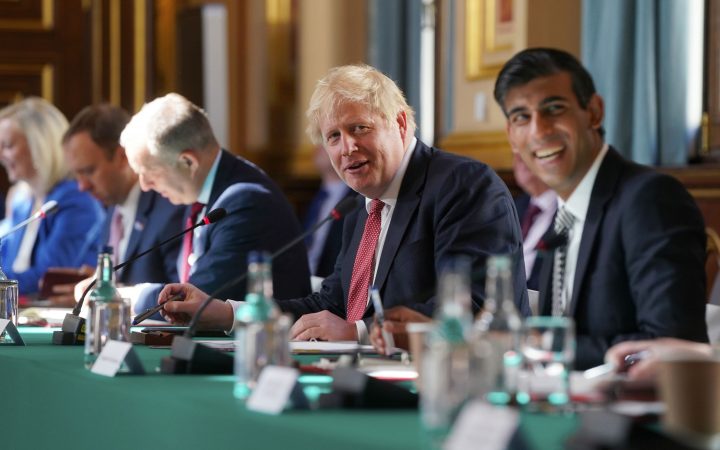 But politicians’ proven indifference to conversion therapy in Stormont has been echoed in the halls of Westminster, with repeated pledges on a ban that is yet to be realised.

But last week, the government’s own equalities advisor, Jayne Ozanne, resigned from the LGBT+ Advisory Panel in protest over the government’s inaction on conversion therapy as well as the “ignorance” of ministers on issues concerning the LGBT+ community.

She told ITV: “I’ve been increasingly concerned about what is seen to be a hostile environment for LGBT people among this administration.”

The “hostile environment” Ozanne refers to parallels the situation in Stormont, which Jacob is acutely aware of, saying “the Northern Ireland Assembly have never understood the struggles of the LGBT+ community and have often denied that the struggles exist. That means through their eyes, our community asking for equality is like asking for more.”

Jacob, who has spent time living in England, tells us that after returning to Londonderry, he is more aware of the difficulties of being LGBT+ back home, which he describes as “inherently homophobic”, and feels culpability ultimately lies with Stormont.

“I firmly believe that many in Northern Ireland have an opinion on the ‘issue’ of gay equality only because they’ve been asked to form one. Otherwise, I don’t think many would really be actively oppressing the LGBT+ community.”

He believes his approach towards the inequality and unhappiness back home is “defiant”, adding that “it sounds silly and idealistic, but I simply ceased caring what people thought.”

[pullquote align=”right”]“The Northern Ireland Assembly have never understood the struggles of the LGBT+ community and have often denied that the struggles exist.”[/pullquote]

When speaking of his family, he says they were nothing but supportive of him and have always had an “if you’re happy, I’m happy” outlook which has helped him being LGBT+ in a country that isn’t typically embracing his happiness.

But Jacob says “society as a whole is inherently homophobic”, and that casual homophobia is common across the UK, not just in NI, adding terms such as “’that’s gay’ never having positive connotations,” is one such example.

Terms like these are often used flippantly without the intention of being homophobic but have undeniable homophobic connotations that perpetuate stereotypes and discrimination against the LGBT+ community.

Issues from tackling casual homophobia to overt discrimination like conversion therapy do not appear to be top of the governments’ agenda in Westminster or Stormont. So, it is clear why the LGBT+ community is growing tired of their empty promises and the slow pace they are taking.

Jacob tells us that “issues such as these are ‘minority issues’ and combine that with the pandemic, they will fall through the cracks once again.”

He adds the government need to tackle these issues from the ground up, starting with education, telling us he would “love to see [LGBT+] family education in schools ramped up. The only way we can inject acceptance and inclusion in society is through education and normalisation.”

Though conversations concerning the issues of the LGBT+ community are encouraging to hear, their patience is wearing thin. Now they need to see the promises of the government realised across the four nations.

By Sophie Patrick
6 Mins read
We examine how American summer camps are handling transgender campers, from the perspective of camp staff.
Life

By Danielle Summer
9 Mins read
The representation of nuns through TV media today, is outdated, so we went to find out the reality.
Culture

By Will Drysdale
6 Mins read
Artefact meets a former resident of Auroville, and we examine the history and workings of the experimental town in Southern India.