This isn’t the first time this year that a hip-hop artist has been in the news for a money-making business deal.

In May 2014, rapper and producer Dr Dre, real name Andre Young, sold his Beats by Dre headphones company to Apple, prompting many to claim he was going to become hip-hop’s first billionaire. 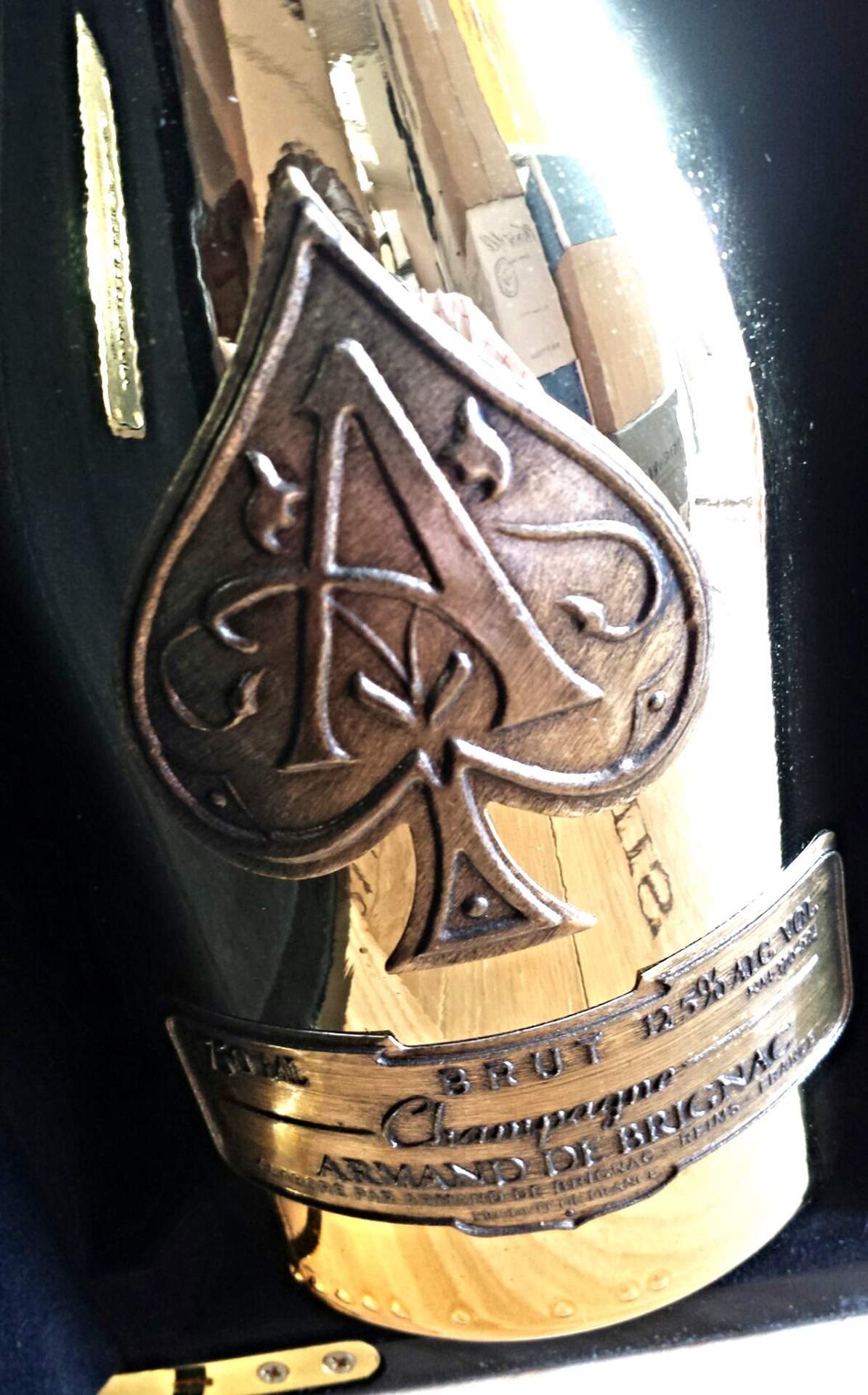 But this title doesn’t come without competitors. At the moment there are three figures in the industry fighting for the crown. So, who are they?

Coming in third we have Jay-Z, with an estimated worth of $520 million. Apart from Ace of Spades, Jay-Z also owns his own nightclub 40/40 in New York, as well as a clothing label, record label and sports agency.

There’s no denying that all of these artists are big in the music scene. But can we really crown one of them hip-hop’s first billionaire when most of their money didn’t actually come from selling hip-hop music?

These artists aren’t the only ones to put their music into the background, and although Jay-Z released his album Magna Carta Holy Grail earlier this year, he made a deal with Samsung prior to its release to buy one million copies.

Yes, these are some of the most influential names in hip-hop, but now they seem to have turned their attention to other ventures. It seems as though the focus on the music is slowly dying out. Hip-hop started in the ghettos of America and was originally a way of reflecting the lives of real people and their real problems.

These days however, most rappers’ lyrical content focuses more and more on luxury lifestyles and less about real life. Rapping about expensive cars, clothes and champagne in nearly every song, artists are seemingly isolating themselves from their audiences. Take Ace Hood for example, in the song Bugatti he raps: “I woke up in a new Bugatti“.

The problem behind this? The Bugatti they used in the video was actually borrowed from Birdman (who currently ranks fourth on the hip-hop rich list) and Hood now has to be more mindful with his money after previously blowing it all (“It was $1,500-$2,000 every time I hit the Gucci store,” he told Forbes magazine in 2011) and losing his apartment, car, and nearly his music career.[pullquote align=”right”]Are cars, clothes and champagne now what hip-hop has become?[/pullquote]

So are people in hip-hop rapping about money because they have it? Or are cars, clothes and champagne now what hip-hop has become?

Compare those Ace Hood lyrics to Notorious B.I.G’s, known to be one of the best hip-hop artists of all time. In the song Juicy, Biggie raps: “Remember when I used to eat sardines for dinner.” The reason Biggie is known as one of the best is because his lyrics were more relatable to fans.

Other examples of this is A$AP Rocky and Kanye West. Both artists are known as much for fashion as they are for their music. A$AP Rocky walked in New York Fashion week last year. He wears high-end fashion clothing, like Alexander Wang and Christian Dior, and he even has a song called Fashion Killa, a line of the song being:

“She got a lotta Prada, that Dolce & Gabbana, I can’t forget Escada, and that Balenciaga.”

There are over 20 references to luxury brands in the song. Now compare this to the iconic Run DMC. The hip-hop group have a song called My Adidas:

“I wear my Adidas when I rock the beat. On stage front page every show I go. It’s Adidas on my feet high top or low. My Adidas…”

The references to Adidas trainers are much more relatable to the fans, as they’re more affordable and make reference to popular trainer culture in hip-hop.

The fashion of hip-hop itself is also beginning to change. A lot of fans now prefer to wear skinny black jeans with Versace-like print tops, a style that Kanye West and A$AP Rocky pioneered.

A lot of listeners now seem to mimic this new hip-hop lifestyle without even meaning to do so, which isn’t surprising when artists appear to make fun of people less fortunate than themselves: “Rock Forever 21 but just turned 30,” West jeers on Bound 2.

There are a few major league artists who still base their lyrics on real life – Kendrick Lamar, Eminem and Nas are among a few of them. Unfortunately though, it seems the truly talented are on the back-burner while the others are making big profits in mainstream hip-hop.

Looking at the iTunes top 40 hip-hop songs, the chart is full of song names like Keep Doin That (Rich Bitch) (by Rick Ross), I Don’t Fuck With You (by Big Sean) and Lifestyle (by Rich Gang). Each one of these artists is profiting from rapping about wealth; acts like Rich Gang are pretty much doing what they say on the tin. 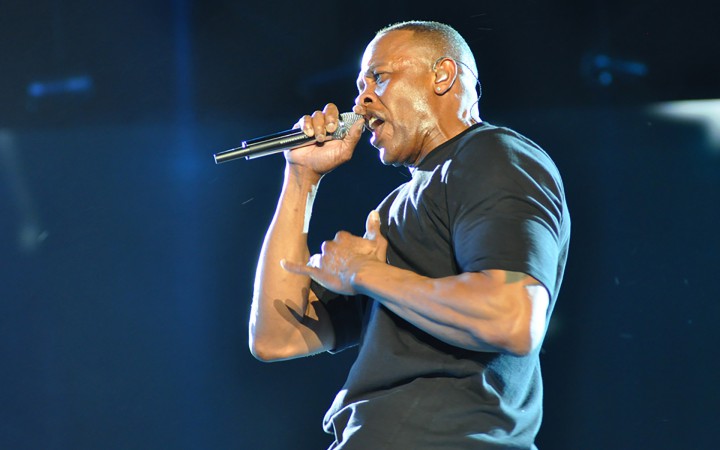 Seemingly, hip-hop is selling itself out to money grabbing corporations and now money is the motivation – not the music and fans. Before this new type of hip-hop invaded the scene, rappers would be bragging about their rhymes, lyrics and flows. But now it seems to be a competition of material possessions.

As much as artists like Dr Dre, Jay-Z and P. Diddy can be acknowledged for their business achievements, none of them can truly claim the title of hip-hop’s first billionaire.

This title can only be taken by somebody who’s made the majority of their profit through selling their music. Each one of these artists seems to be putting their efforts into business ventures.

It feels as though the hip-hop scene is transforming into a way of life – and an extravagant one at that. The worrying thing is, while the lyrics are becoming less intelligent, the fans might follow suit. A lot of young people look up to performers as their idols, so if their idols are only bothered about having an image that revolves around wealth, the fans might only bother about this too.

Tupac’s writing is taught in English classes in some American schools: his poem The Rose that Grew from Concrete was first introduced into the syllabus of a Massachusetts summer school in 2012. But if rappers continue to write about having a bottle of Moët in their hand in a club on a Saturday night, it’s doubtful artists like Ace Hood will be making their way into textbooks anytime soon.

By Megan Lily Large
5 Mins read
Kanye has managed to divide everyone with his latest album release. We talk with its producer, Federico Vindver.
MultimediaMusic

By Artefact Magazine
6 Mins read
The singer, songwriter and producer talks us through his career and the creative process that led to his most recent, genre-busting EP.
Reviews