Another year, another Christmas besieged by adverts trying to make an emotional connection with our wallets.

For years now, there’s been one company that has hit the nail on the head, playing our heartstrings like a harp. If there is one retailer that has cracked the insidious code of self-intended viral marketing, it has to be John Lewis.

This year’s ad features a boy and his imaginary pet penguin, think Calvin and Hobbes, only depressing. Monty the penguin is in reality a stuffed animal that you can buy now from all John Lewis stores.

During the ad, we watch Monty and the little boy play and laugh through the year, but as the year goes on Monty begins to yearn for something more in his life. Passing glances of couples showing affection to one another seems to make the penguin long for a relationship of his own.

Come Christmas morning, Monty seems at rock bottom and reluctantly follows the child downstairs, to be instantly perked up by the sight of a fellow penguin friend apparently called Mabel.

After consulting Adrian Crookes, BA (Hons) Public Relations course leader at the London College of Communication, we determined that it’s the emotional resonance that makes the John Lewis ads so successful.

The imagery and music all combine to make a harmony of emotion that sucks you in.

Crookes said: “The idea is that the mood generated by the ad transfers to our feelings about the brand. They’re trying to take us beyond a need for a product to a resonance with the brand – which means we’ll return to them time and again because we trust them to ‘suit our needs’.” 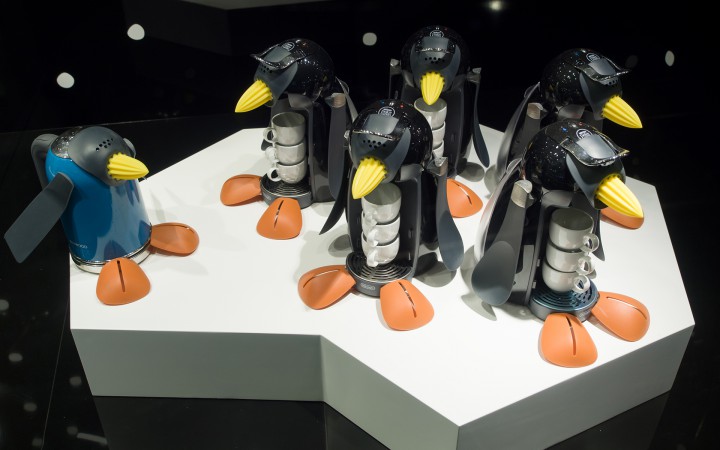 In a sense, the ad is a bit dark; a slow spiral into depression and the longing for a kindred spirit so to speak is hardly the first thing that comes to mind when thinking of the holiday season.

But it’s the empathetic link the advert makes with the viewer which makes it so effective; the notion that no-one should be alone for Christmas is a message a lot of people resonate with.

Yet, while the imagery and core message of the advert are great talking points, despite being somewhat bleak, it’s the subtle undertones and true motive of the advert that makes for a more interesting discussion.

Ask anyone who works in PR or advertising and they’ll say that viral marketing is one of the most difficult areas to crack.

Often, cases of a video or image going viral simply happen by chance. Purposefully making a viral ad is like cracking the enigma code, and it seems John Lewis has managed to crack it with a string of successful Christmas ads.

“John Lewis Christmas ads have become an institution during the last seven years and now M&S, Sainsbury’s, Debenhams, Waitrose and others have adopted the same approach,” Crookes told us.

“Now we herald the arrival of the retailers’ Christmas ads…They have become events in themselves.”

Sainsbury’s latest attempt at Christmas advertising springs to mind immediately here, depicting Christmas in the trenches of Verdun during the First World War.

This ad was released only days after Remembrance Day. Some considered it in bad taste, taking what is a sombre event and turning it into a marketing push.

It’s still going viral, but for the wrong reasons, and whilst some operate with the mantra of ‘any publicity is good publicity’ you do have to understand when you’ve taken it one step too far.

Crookes went on to say that,“Once upon a time, we eagerly awaited a Christmas TV special, or a Christmas song by our favourite artist, now we herald the arrival of the retailers’ Christmas ads.

“Note how the TV channels now announce the ‘premiere’ of these ads, and how they are supported by a strong media relations campaign to ensure the traditional news media are talking about them too. They have become events in themselves, supported by complex multi-media collateral and I think we have a good few years left of this concept yet.”

What we are seeing then is a new wave of adverts (spearheaded by John Lewis) is a mix of traditional and new media channels to reach audiences.

According to Crookes: “They are viral in that they encourage consumers to spread the content,” but due to the combinations of media “they are, in fact, immersive campaigns which means that brands will use every channel at their disposal to reach their target audiences.”

Crookes believes that John Lewis has successfully repositioned itself in the market “from what was just a few years ago a brand that attracted a slightly older middle-England demographic to a brand that represents much more about the values of contemporary Britain.”

Their moves to incorporate charity fundraising and higher ethical standards shows a much more caring public image. Their ability to resonate year after year with audiences, and getting them to share and link the new advert in the process, is an example of stunning marketing.

Looking at the Christmas shopping season in a cynical manner, we can safely say that mankind have almost perfected consumerism.

These kind of adverts aren’t going away anytime soon, John Lewis have stumbled upon the golden goose here and everyone else in the market knows it.

The only way to avoid the Christmas advert campaigns is to shut out all forms of media and remain secluded for the duration of the holiday season.

I recommend a classic log cabin in the Alps if you’re taking suggestions.

How fragrance-zoning can help you switch off