Issue two: available to you! 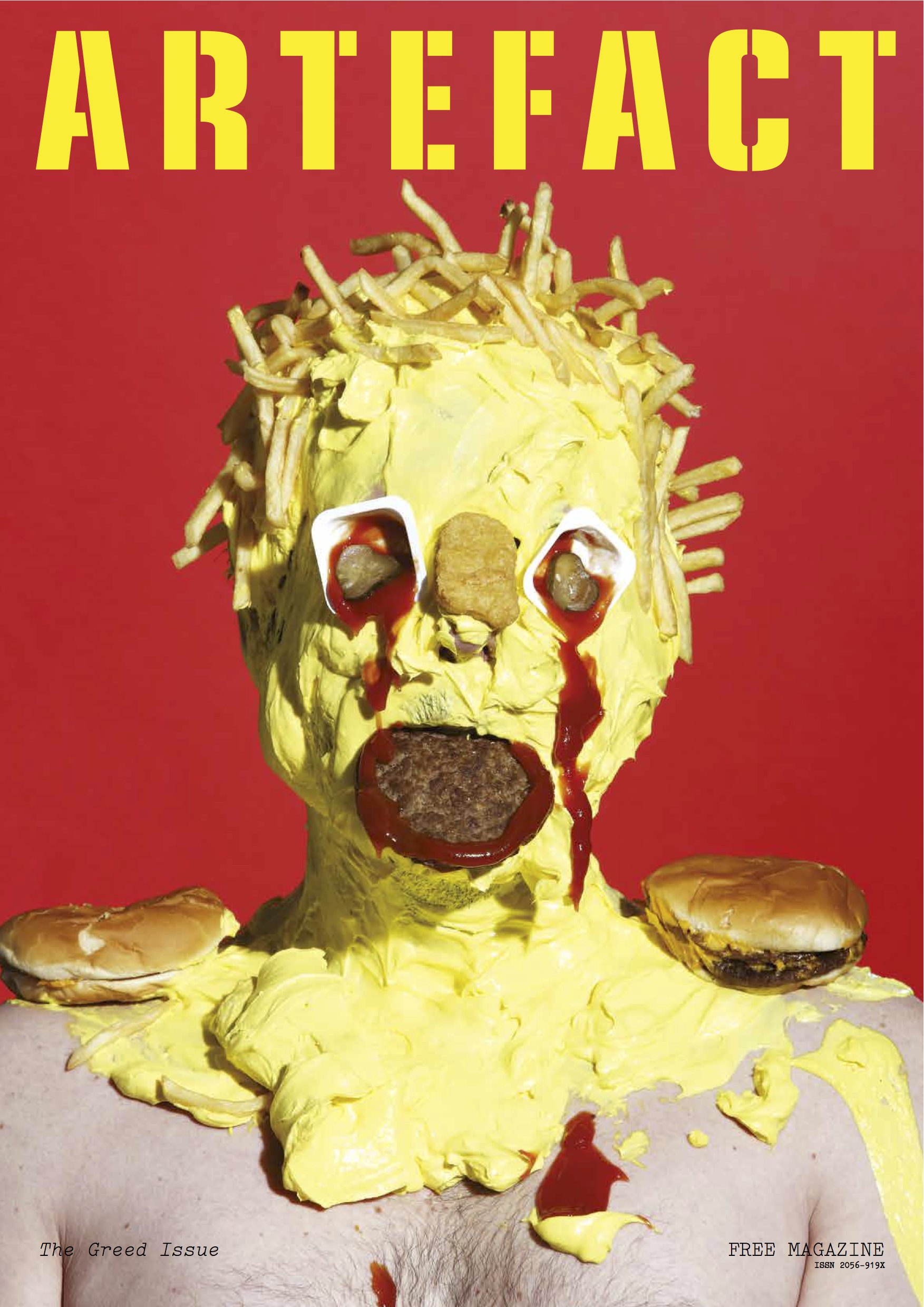 December is a time of gluttony. We go out and drink too much, we buy too much shit, and we ingest far too much saturated fat. So in this issue we’re exploring greed in all its manifestations: personal, corporate, and everything in between.

The cover is graced by the art of James Ostrer, a man who wanted to rid himself of an unhealthy attachment to junk food (“out of control sugar munching” – his words) by overexposing himself to the treats he hated to love. Of the opinion that the cartoon characters that are used to market us fabricated food are “the street dealers for the corporate cartels that are profiteering so vastly at humanity’s expense,” his garish burger-n-fries monster is a take on “what these cartoon characters would look like if battery acid was poured on their heads.”

Burgers feature in the bowels of the magazine too, where we look back at the history of the biggest fast food chain in the world on its 40th UK McBirthday. We also investigate synthetic biology: a fast-advancing science that might one day solve the imminent food shortages caused by our excessive consumption.

Filed under ‘greed is good’, we bring you an insightful interview with Rankin, whose voracious appetite for creating ensures he’s always at the top of his game. And in case you’re considering breaking out of the obligatory turkey, potatoes and raisin-based-stodge diet this month, we sent someone to sample some gourmet gonads in Hackney. The verdict? Soft, succulent and not at all spunky.

You can pick up a magazine at the colleges of the University of the Arts London, and at various other pubs, bars, shops, cafes, stations and roving distribution points over London.

By Andra-Maria Ciupitu
6 Mins read
Learn how to cook with evergreens and help reduce waste with Julia Georgallis.
Culture

By Christopher Forsythe
4 Mins read
The Netherlands is known for it’s liberal views but there’s still a debate over a controversial Christmas traditions.
Environment

By James Underdown
5 Mins read
Artefact meets one jewellery designer who is practicing what she preaches in creating a sustainable business.