The freedom to modify your body 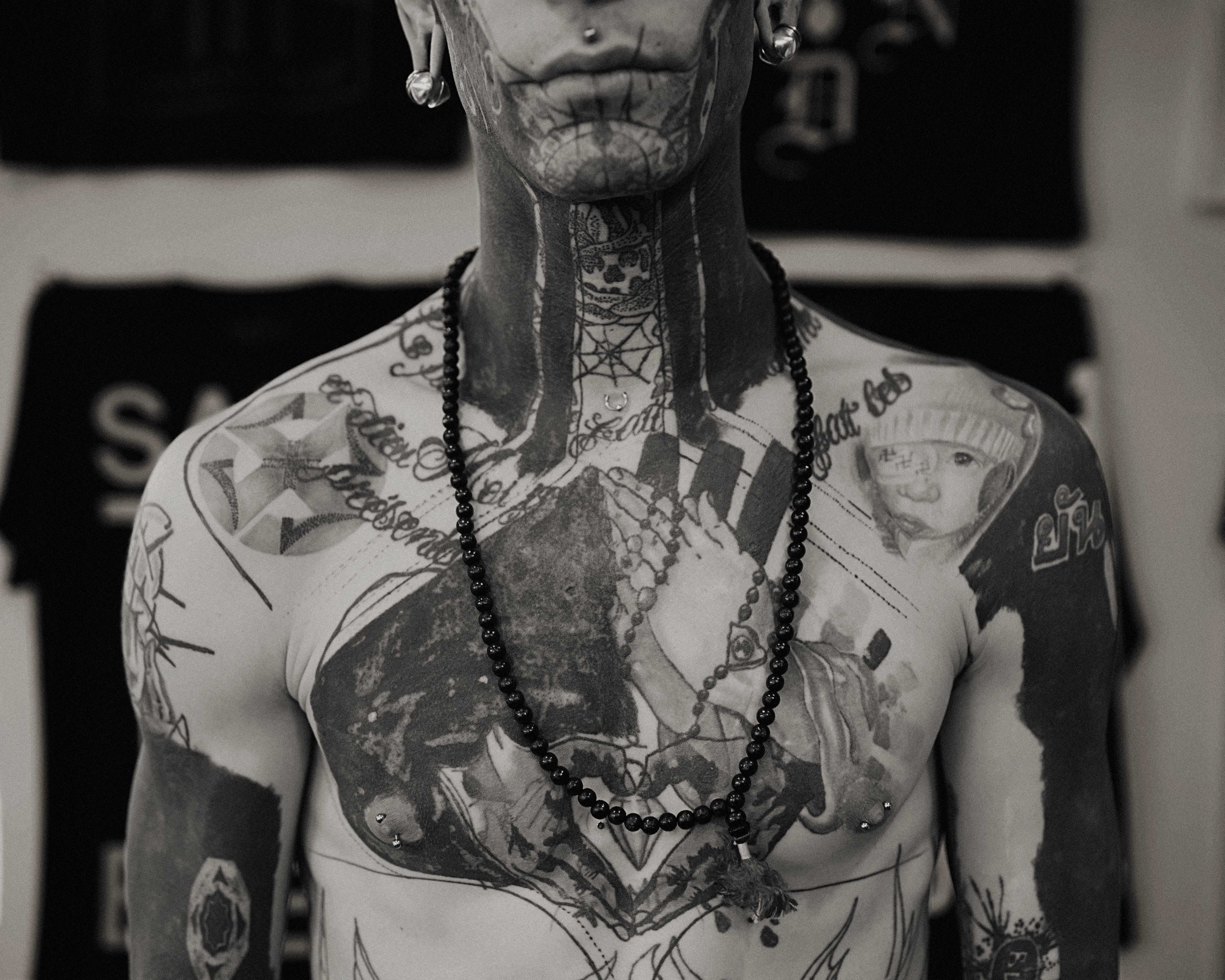 There’s nothing new about modifying your body. It’s something that people have been doing for thousands of years.

Nostril piercings date back to around 4,000 years, originating in the Middle East, with the Bible frequently mentioning jewellery hanging from noses and ears in the book of Genesis. Tattooing, too, is believed to be dated back as far as 10,000 years.

How do you define body modification? Some would argue that something as simple as tanning, bodybuilding or training for a marathon would fall under the category. That’s modifying your body isn’t it?

Artefact met with professional body modification artist Yann Brenyak to talk about the work he does and his views on the right we all have to modify our own bodies. He believes we have a right to modifications that make us more comfortable or express our views. 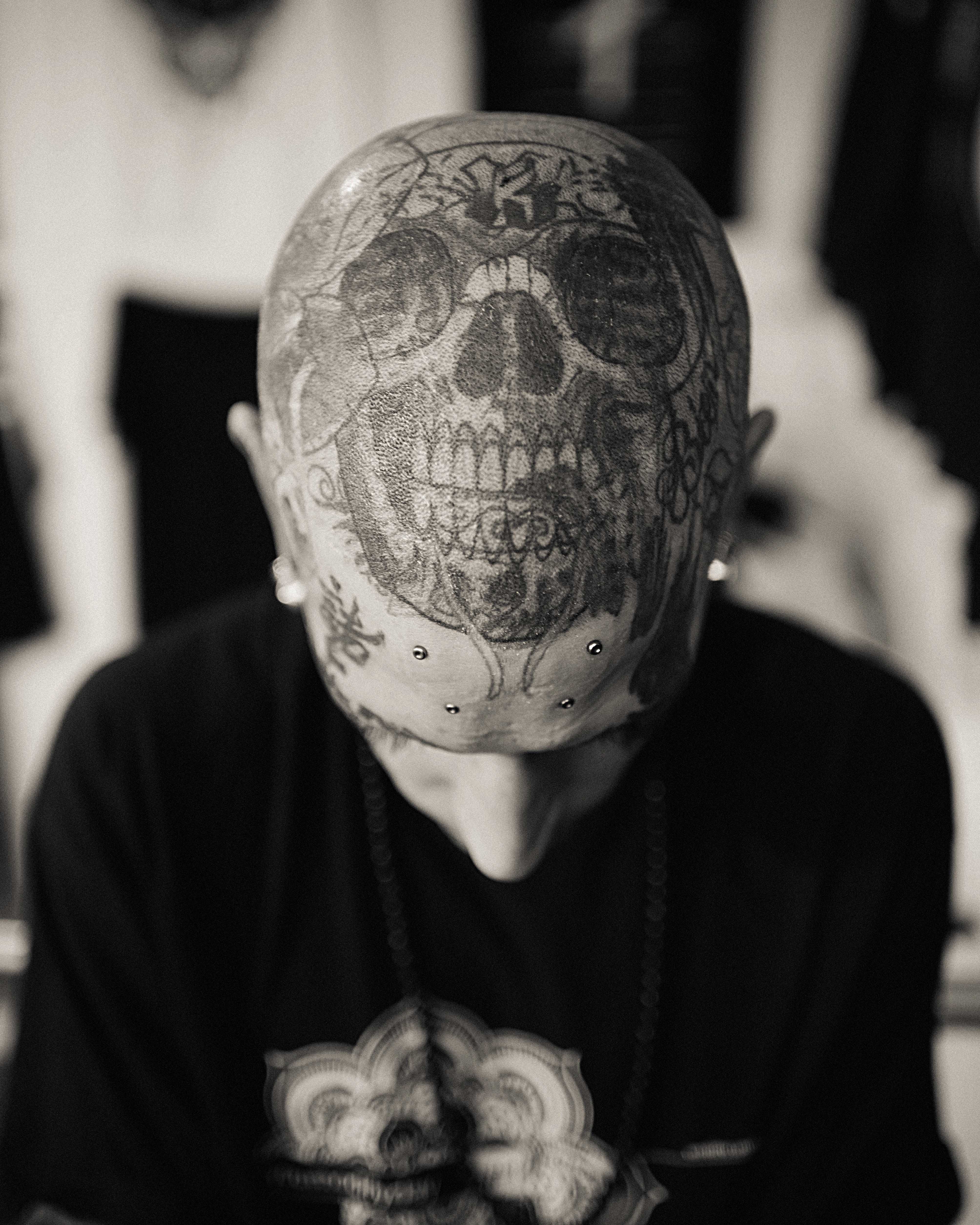 Yann Brenyak. The dots on his forehead are microdermal implants.

Yann has a very memorable appearance that can, if you’re not used to piercing and tattoo parlours, be a bit intimidating. But he turns out to be a classic case of not judging a book by its cover. What gives him away as a genuinely nice guy are his eyes. They radiate a warmth and an interest in people that just make you feel at ease.

We began our interview by talking about what sparked his interest in the body modification world and how he got started.

“I think I was around 14 when I got my first piercing but I started doing work when I was around 19, I think because I became friends with the guys who were doing my piercings.” 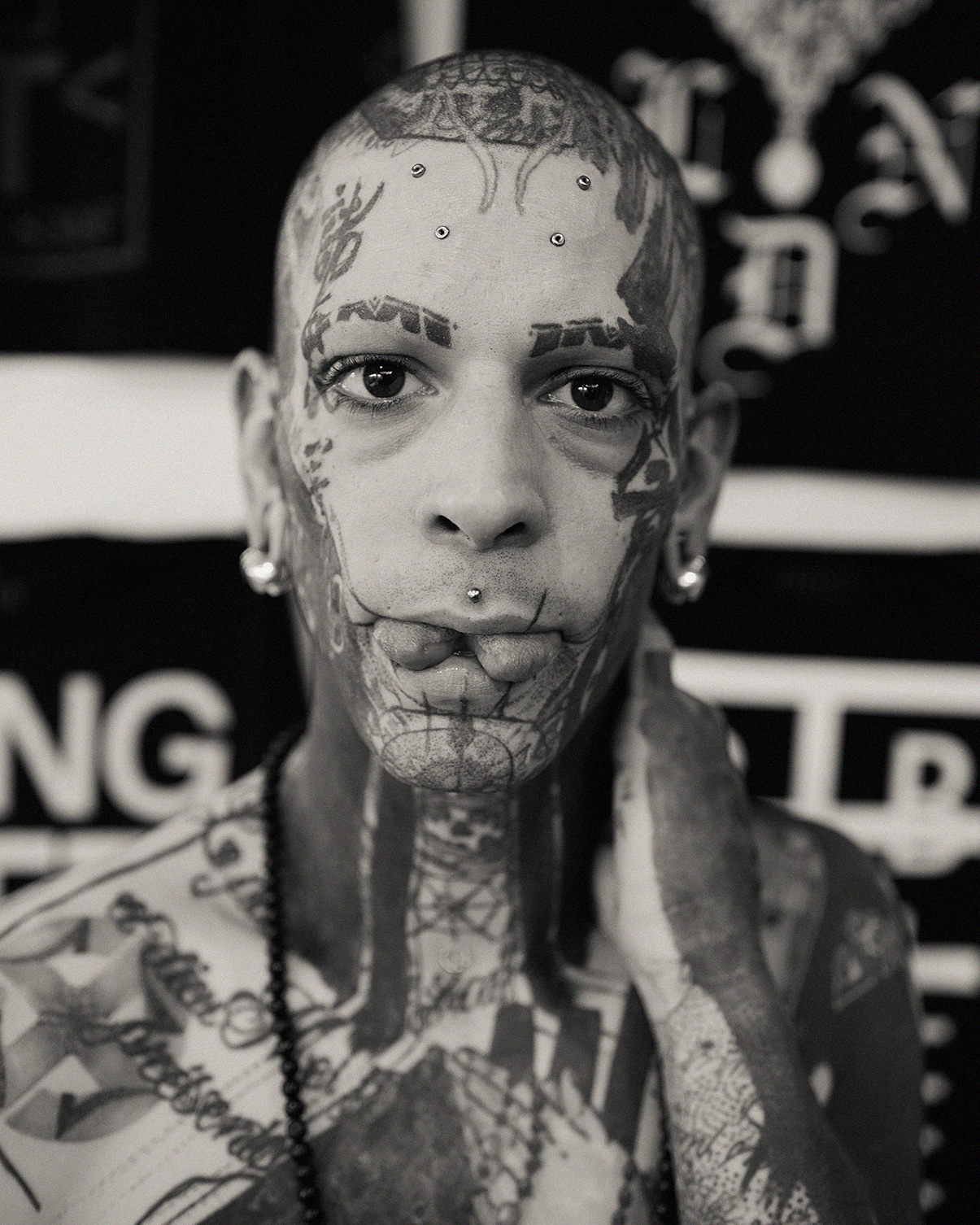 At around the age of 21, Yann started working as an apprentice for Lukas Zpira, one of the pioneers in the business. They travelled extensively together and spoke consistently about the art they were performing. In a few years, Yann found himself in London doing everything from stitching up stretched earlobes to splitting tongues!

In his view, everyone has the right to do whatever they want to their bodies in terms of modification.

“I think that if someone wants do something to their body to feel comfortable they should do it, but most people decide not to because they are scared of the looks they get from other people.”

He added that he’d been talking to people he’d met about modifying the body and they’d usually agree with him about the general idea, but then say things like: “that’s too extreme”.

Yann asks: “Who draws the line of what is too extreme to do to your own body?”

He compares the pain of splitting a tongue or inserting micro-dermal implants to that which a professional sprinter experiences at training. “For [the sprinters] it is also pain, it’s fucking painful, but that’s considered normal, why?”

As soon as you have someone make professional surgical changes to your body, the matter becomes ethical. How far can a customer take it if he’s unhappy with the result or gets an infection?

Isn’t it an informed risk he’s taking by having his tongue split or foreign objects inserted under his skin? And how much of that is the artist’s responsibility?

Yann said that there are a lot of modification artists out there who don’t use the right equipment like sterile gloves, face masks and sterile scalpels.

He says that a lot of people just like to portray themselves as modification artists because it has a cool ring to it like tattoo artist or piercer, and that is where the problems arise.

But if, like Yann, you use the proper equipment, perform in a sterile environment and have been in the business for quite some time, it reduces the risks drastically.

Yann said that most of his work is ear reconstruction work, which means exactly that. He’ll get people coming in who, in their younger, wilder years, thought it was pretty cool to start stretching their lobes and then changing their minds when they realised it made their chances of getting conventional jobs quite a bit harder.

Nonetheless, when it comes to his clientele it is a varied mix of hardcore modification fans.

From people who want small things done like ear or tongue piercings and people who’d like to have their earlobes stitched back up, to the group of extreme fans who want their tongues split etc, they are fewer though, says Yann. “It’s mainly reconstructing ears because people who do stuff without thinking ahead now want ‘real jobs’ or stuff like that.” 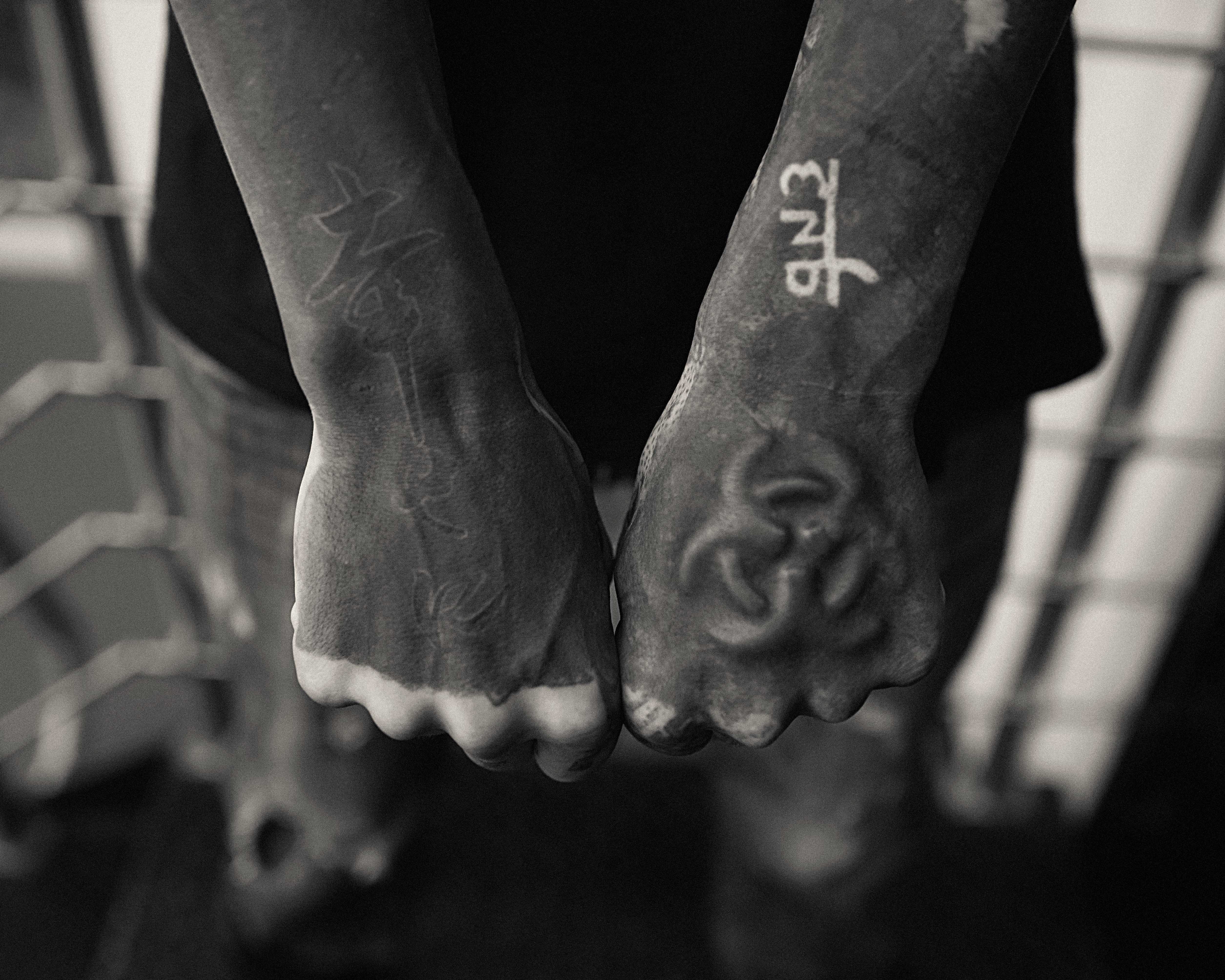 Yann Brenyak’s hands. Yann is a living advertisement for the services he offers as a body modification artist.

When it comes to Yann himself, he is a perfect example of every aspect of his work. Every service he offers, he has displayed on his own body, from tattoos to a split tongue and micro-dermal implants – he has them all.

He firmly stands by what he believes is every person’s right, the right to modify your body in anyway you see fit. Isn’t that exactly the point of having a body of your own? Some may choose to turn it into a tool for making money while others may want to be the colour of a leather bag and some may even want to change their sex.

It’s all a form of expression in one way or another. The main difference is that some forms are socially accepted, and some, in Yann’s case, are not as accepted.