Working out by hanging around

There’s something strangely soothing about hanging upside down with your feet in the air like a sleeping bat.

It’s the new fitness trend that is said to give you abs of steel. 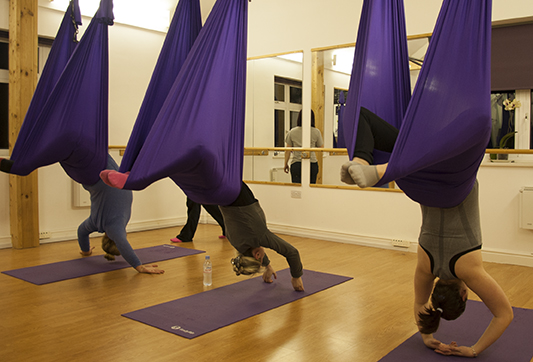 Aside from being a whole lot of fun, this version of yoga has a rather extensive list of health benefits including improved posture, improved flexibility, core strengthening, decompression of the spine and stimulating of release of neurotransmitters from the brain, just to name a few.

So imagine a downward dog, but suspended in the air in a silk hammock – it doesn’t sound entirely safe, does it? Actually, it’s quite freeing being suspended mid-air, surprisingly, making some of the poses a little easier to manoeuvre.

It didn’t feel like a workout at all. After the class, I didn’t notice any of the usual signs of a good workout: exhaustion, being grossly sweaty, or entirely worn out. I felt quite the opposite, rejuvenated and lighter, thus making me a little sceptical as to how exactly this was supposed to do anything for my fitness.

The next morning I felt differently, with aching muscles where, before, I didn’t even know they existed.

Yobanna Higuera Fahmy at My Gravity Fitness and Dance, in Hendon was nothing but encouraging, even though I made a complete fool of myself in some of the most inelegant ways possible. She guided me through each technique until I got it – although not quite as effortlessly as she made it look. 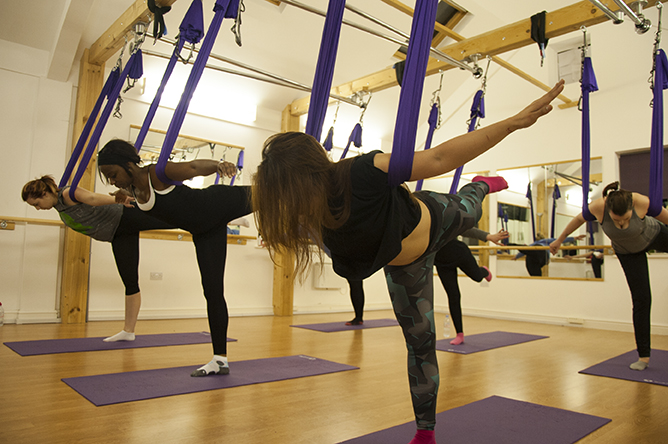 Similar to swimming, it is a no impact activity, which is perfect for anyone who suffers from joint pain. It has been noted that students can expect an increase in core strength, upper body strength and balance.

Hanging in mid-air, you have very little choice but to pay close attention to controlling each part of your body, thus this particular type of yoga is said to put you in touch with your physical being – this allows for a more meditative practice of each ‘asana’ or pose.

Antigravity yoga is only one of the growing inversion therapies; workouts such as this have been said to include benefits such as improving brain function, complexion and even hair growth. Actress Eva Mendes supports this, saying she hangs upside down for 20 minutes, on an inversion table, as this improves her complexion.

Having also been endorsed by celebrities such as Gwyneth Paltrow and Dan Brown, Antigravity Yoga is becoming increasingly popular in the UK, with classes opening up in more and more gyms.