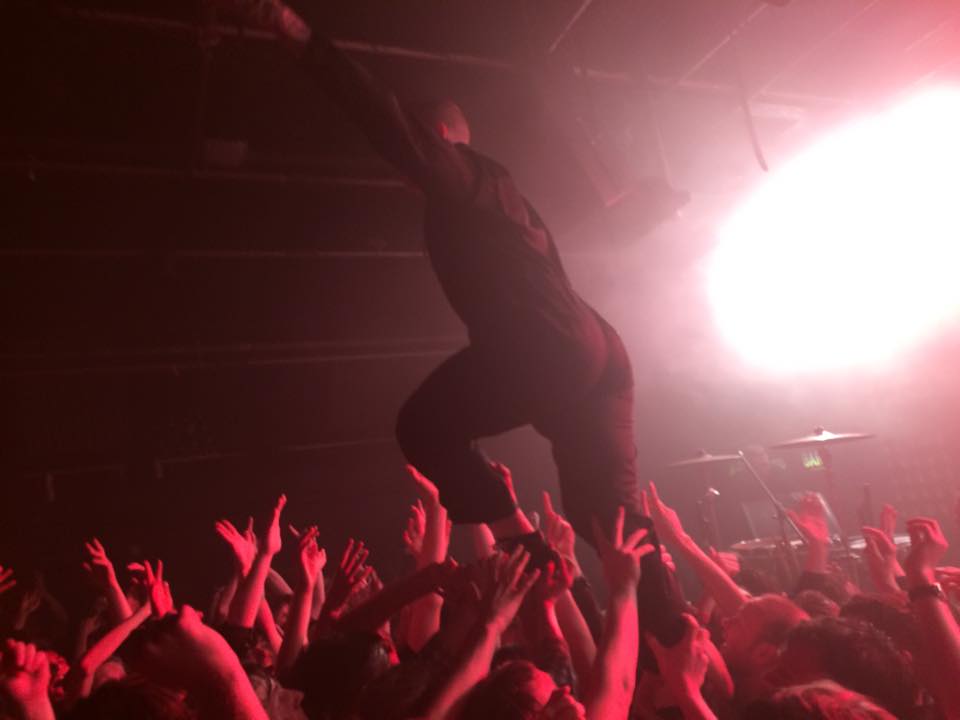 Kent two-piece Slaves have been tearing up the punk scene since the release of their first single Where’s Your Car Debbie? in January 2014 and are showing no signs of slowing down.

Since signing to Virgin EMI last year, the duo have been likened to riffy twosome Death From Above 1979, performed on Later with Jools Holland and are now set to release their debut album Are You Satisfied? on June 6th.

Since touring with the likes of Jamie T and Drenge and blowing the roof off tents at Reading and Leeds, Slaves have become a band not to be missed. Their first UK headline tour sold out in a matter of hours, with an extra London show being added to suffice demand.

With crowds assembling far ahead of the 7:30pm door time, the London Scala show was electric with energy. Support bands Baby Strange and Wonk Unit started the evening on a mellower note, with Slaves then inevitably whipping up the seemingly calm crowd who erupted into a mosh pit upon their stage arrival.

With pounding drumbeats and wailing, shouty vocals from Isaac and crunching guitar riffs provided by Lawrie, the evening quickly propelled into a sweaty tumble of events.

Crowd pleasers Hey and Feed The Mantaray saw that no pint was left unspilled as beer showered down from the balcony in favour of fist pumping and obligatory rock hands. Debut single Cheer Up London saw the band take to the crowd screaming out and warning to ‘MIND THE GAP!’

Exuding raw energy and igniting an almost primitive need to dance, Slaves are a perfect blend of punk rebellion and mischievousness as illustrated in The Hunter – ‘it’s reckless and pointless but it’s also very fun’.