Gig Review | Honne at The Laundry 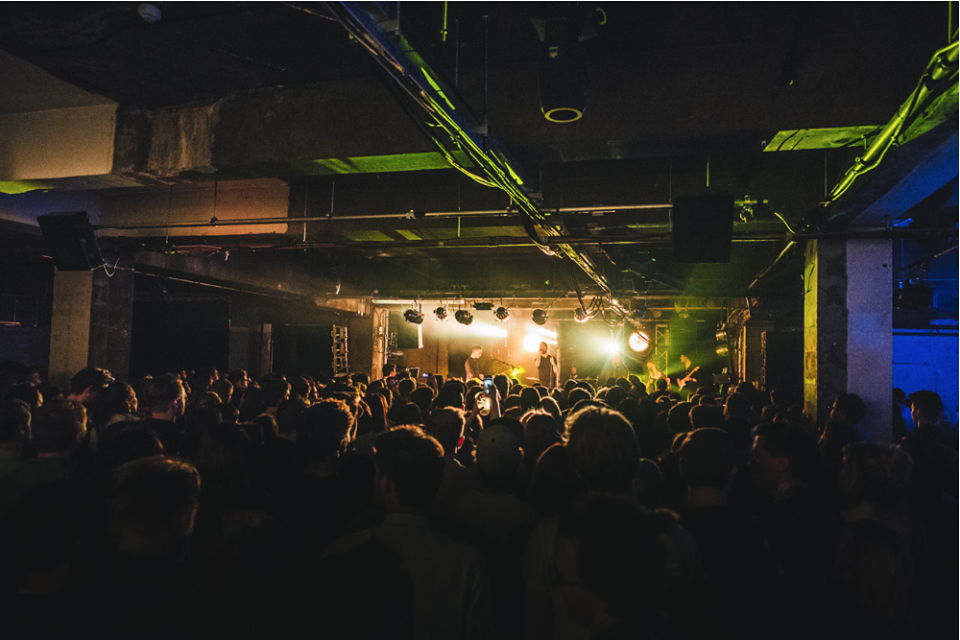 James Hatcher and Andy Clutterbuck, better known as London duo Honne, have been a band on the radar for a while now.

Following the 2014 release of their first single ‘Warm on a Cold Night,’ the duo have gone on to play sell-out shows throughout London, Paris and Berlin, making them firm favourites on up-and-coming music lists.

Performances at BBC’s Maida Vale sessions and BBC Introducing stages have seen follow-up singles ‘All In The Value’ and ‘The Night’ find popularity on YouTube channel ‘Majestic Casual,’ launching the band into a stratosphere of fans hungry for more ‘baby-making futuristic soul’ music.

Favouring smaller venues and audiences has undoubtedly contributed to their success, with their recent intimate show at The Laundry in London selling out in a matter of hours. Honne’s seemingly effortless cool and mysterious persona saw the venue frantic with anticipation for what was a spotless performance.

Lead man Andy’s soulful and euphoric vocals entwined with James’ complex synth, creates a laid-back late-night vibe which makes you want to jump in the nearest convertible and drive until dawn. Crowd favourites ‘Warm on a Cold Night’ had the crowd clinging to the cold nostalgia of winter, whilst summer smash ‘Coastal Love’ had us gasping for warm summer air.

Evident romantics, lyrics such as ‘I need you to really need me, too’ on encore anthem ‘All in The Value’ reveals the meaning of ‘Honne,’ a Japanese word relating to ‘true feelings or desires’.

With smooth lyrics contributing to a lo-fi synth but heavy soul sound, Honne are a band capable of making music fitting for every emotional situation you’re every likely to encounter. Having secured slots at this year’s Field Day and Latitude festivals, indulgence in Honne is advisable.

Gig Review | Honne at The Laundry