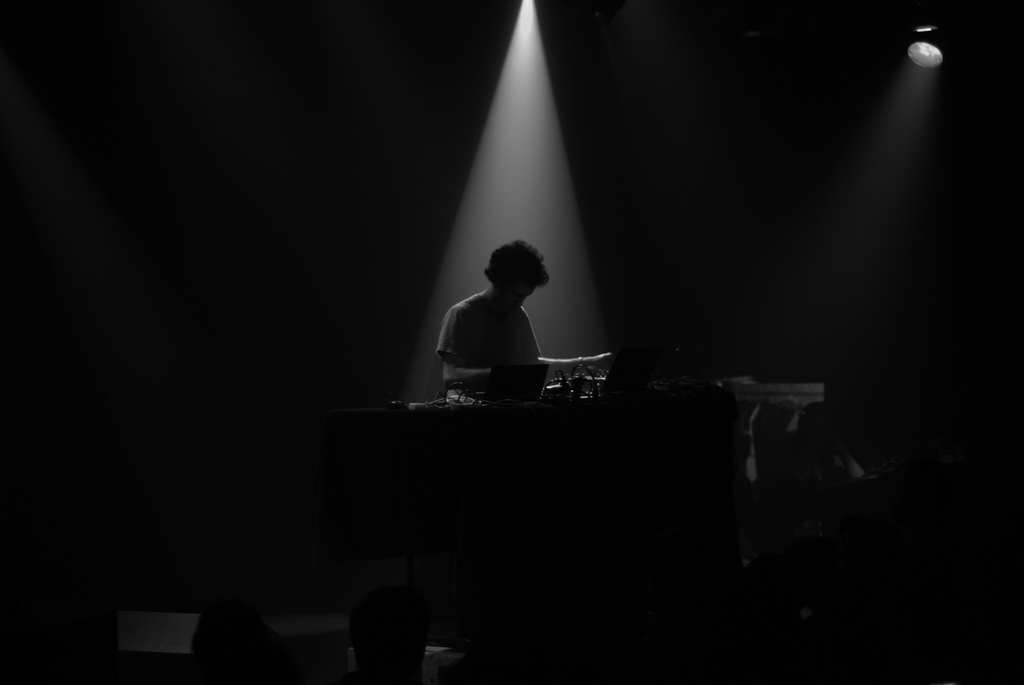 Brixton is blessed on nights like these – Four Tet’s all-nighter for a fiver is reviving any lost hope in the current club scene.

Joined by musical pals Floating Points, Daphni, Joy Orbison, and the Hessle Audio crew, Kieran Hebden’s (Four Tet) influence for the event lies in a scene from a post-punk night in the 90s – no light show, no stage, no bullshit.

I entered the royal abyss of O2 Academy Brixton to the funky bass of Thinkin’ About – Joe supplied by collective Hessle Audio, consisting of Ben UFO, Pearson Sound and Pangaea.

It hits 2am – a peak part of the night. Four Tet takes to the stage to spin records that would knock your socks off.

With an eclectic range of genres bringing the crowd together in bass and darkness, which added a focused sense to the night.

Tonight isn’t about the light show, fancy stage production or anything to distract from what the night is truly about: music.

“Records that would knock your socks off.”

The dramatic build in tempo and pitch can leave your average rave crowd in disarray, but this crowd gets it.

The song acts as a moment of clarity through calm complexities and a moment to look around at the dark sea of bodies, hugging those closest to you in preparation for the momentum of the rest of the night.

Floating Points lifted the spirits with usual disco instalment, kicking his set off with Take Me I’m Yours – Mary Clark paired with wacky African guitar sounds and squeaky house jams.

Approaching the early morning with Daphni was a journey through hard house, jungle and stomping bangers, ending the night with the masterpiece Nova – Burial & Four Tet left the contained crowd of wide-eyed dancers moving for the final boogie.

The perfect song to end such a refreshingly rare night.