The return of the climate pilgrims 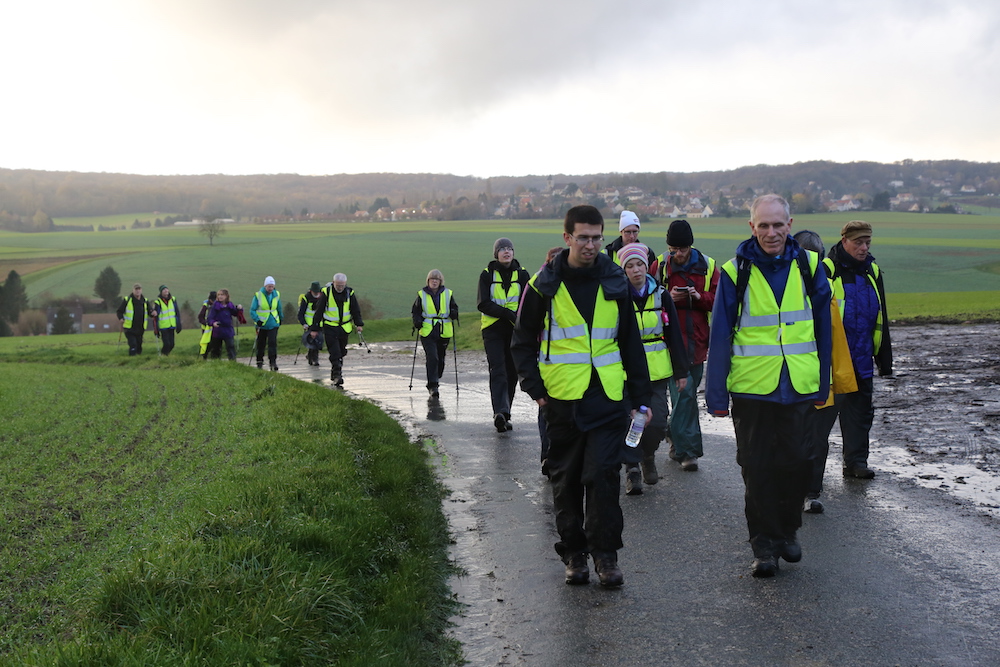 After setting off from London on Friday, November13 and arriving in Paris two weeks later, 35 people, calling themselves the Pilgrims, have returned from their Pilgrimage2Paris.

The journey, which saw the group walk more than 200 miles, took place as a show of solidarity and support for the COP21 summit has been taking place in Paris.

On the same day the pilgrims left London, Paris was traumatised by a series of horrific terrorist attacks, causing a temporary border shutdown and a state of emergency for France which is set to last for another two months.

This event did the opposite of deterring the walkers however; it inspired them to continue as a show of support for the Paris victims.

“We felt very much that we were walking in solidarity with the people who were affected by the attacks in Paris and we were praying for them on our journey as well,” said James Buchanan, project co-ordinator of the march. 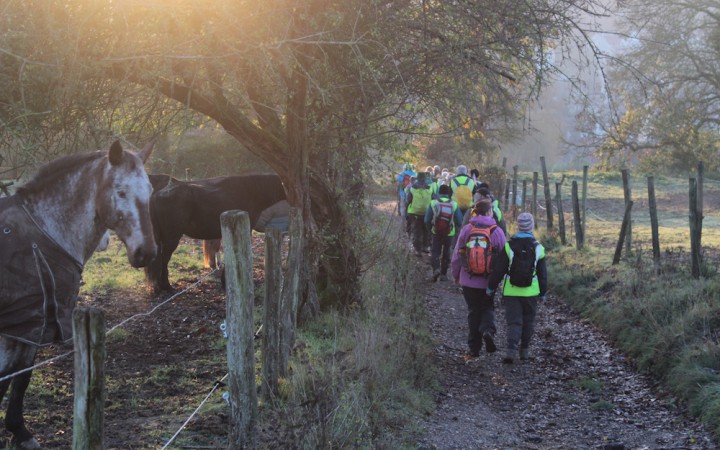 The group’s route took them off road [Pilgrimage2Paris]

“There were some difficult days, particularly the first few days, trying to understand whether it was best to continue on the journey. [But] when we arrived in France a lot of people that we met said, because they weren’t able to go on the climate march themselves ‘it was almost like you walked for us’.”

Jean Leston, a pilgrim and board member of Operation Noah, agreed: “It became much more than just a climate change pilgrimage. We were walking in solidarity with the French people.”

Organised by the Church of England, CAFOD, Christian Aid, and Tearfund, the Pilgrimage2Paris was a way of bringing together a group of people to take a step back from daily life to meditate and pray for change along the walk.

According to Jean, “It was a way of showing faith in action, of praying with our feet for something that is incredibly important to us as a matter of faith. We had to show world leaders how important faith groups consider the issue of climate change.”

The pilgrims who set off from London were not the only ones taking time out of their lives to raise awareness and show support for the climate talks, nor were they walking the greatest distance.

Some, Jean mentions, walked a thousand miles and “one couple cycled all the way from Vietnam which took them ten months”.

“We were walking in solidarity with the French people.”

As all the pilgrims met from around the world in Paris on November 27, they handed in a petition from multiple faith groups with more than 1.8 million signatures to the head of the UN climate talks.

The COP21, which ends on December 11, will, many hope, be finding and agreeing ways to reduce global warming to less than two degrees Celsius if there is to be any hope of reversing climate change and its effects.

The Pilgrims are hopeful for the future but recognise that there will be a lot of work that needs to be done, and that all nations and religions will have to come together to make it work.