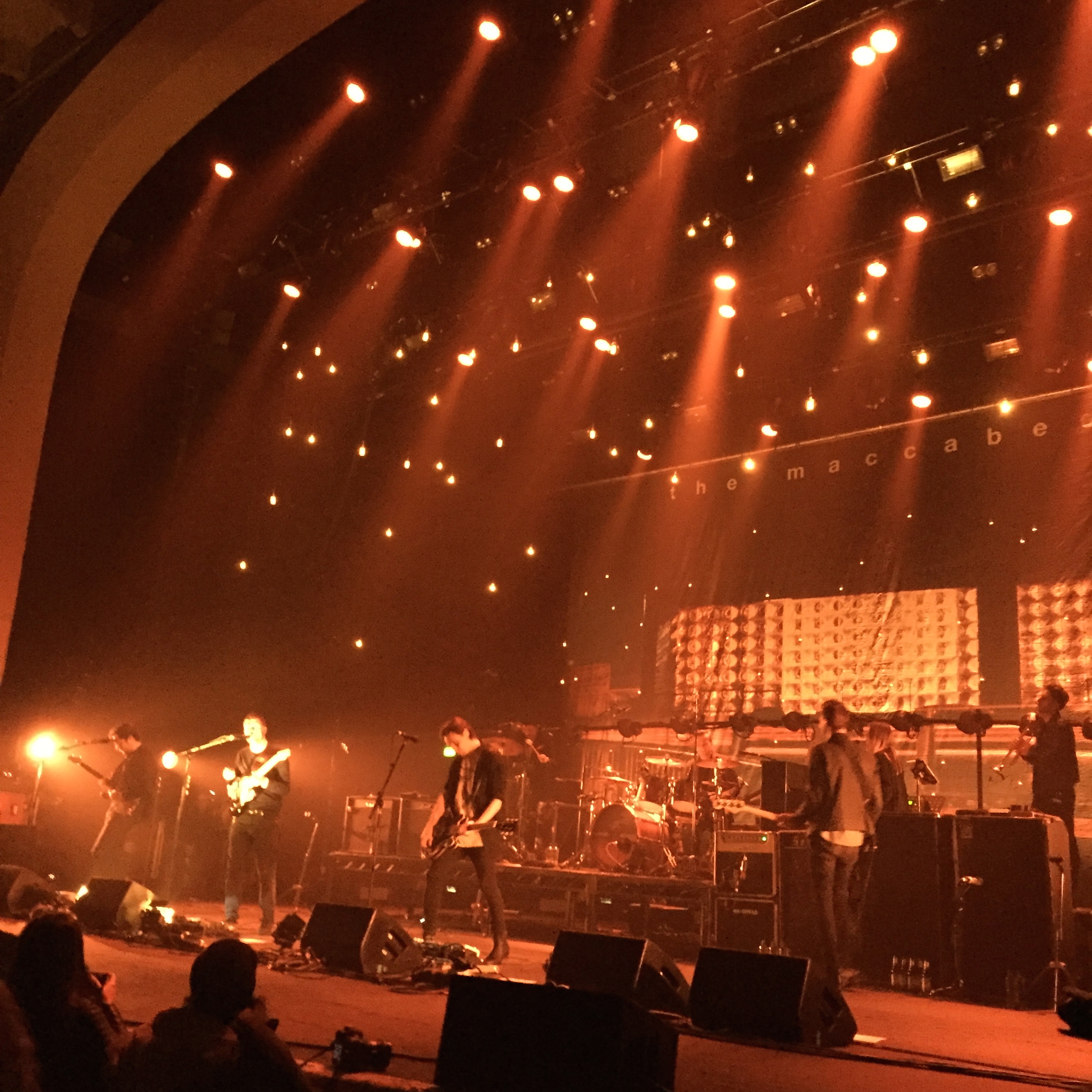 The Maccabees have just ended their UK tour with a string of three dates at the O2 Academy in Brixton.

Due to the recent sad passing of Brixton boy David Bowie, the five piece from London graced the stage to Changes which put a massive grin on everyone’s face.

The Maccabees define an indie era from a few years back, ever since their first single X-Ray was released in 2005, and by playing some classics like this we were all transported to that time, reminiscing of being 14 prancing around a room with your mates.

They opened though with a more recent single, Marks to Prove It from their latest album of the same title.

The 2015 album was recorded in Elephant and Castle, and this is reflected on the album cover, and mentioned in a touching speech halfway through the set.

Old songs that remind us of our younger years such as Latchmere and Wall of Arms got everyone dancing, whilst Toothpaste Kisses in the encore had everyone grinning from ear to ear once again. Something Like Happiness, another track from Marks To Prove It, created a grand sense of unity amongst fans.

Everything about the gig made me feel 14 again, even when they looked remotely in my direction I went weak at the knees as if they were looking right at me.

The style of their music has certainly changed over the years, but it’s safe to say they’ve grown up and come out of their shell, becoming more experimental with the instruments and styles they use.

It was a truly brilliant performance by The Maccabees, and I’m sure nobody left the Academy disappointed.

The Maccabees and the Elephant Days

In Conversation | The Pretty Reckless