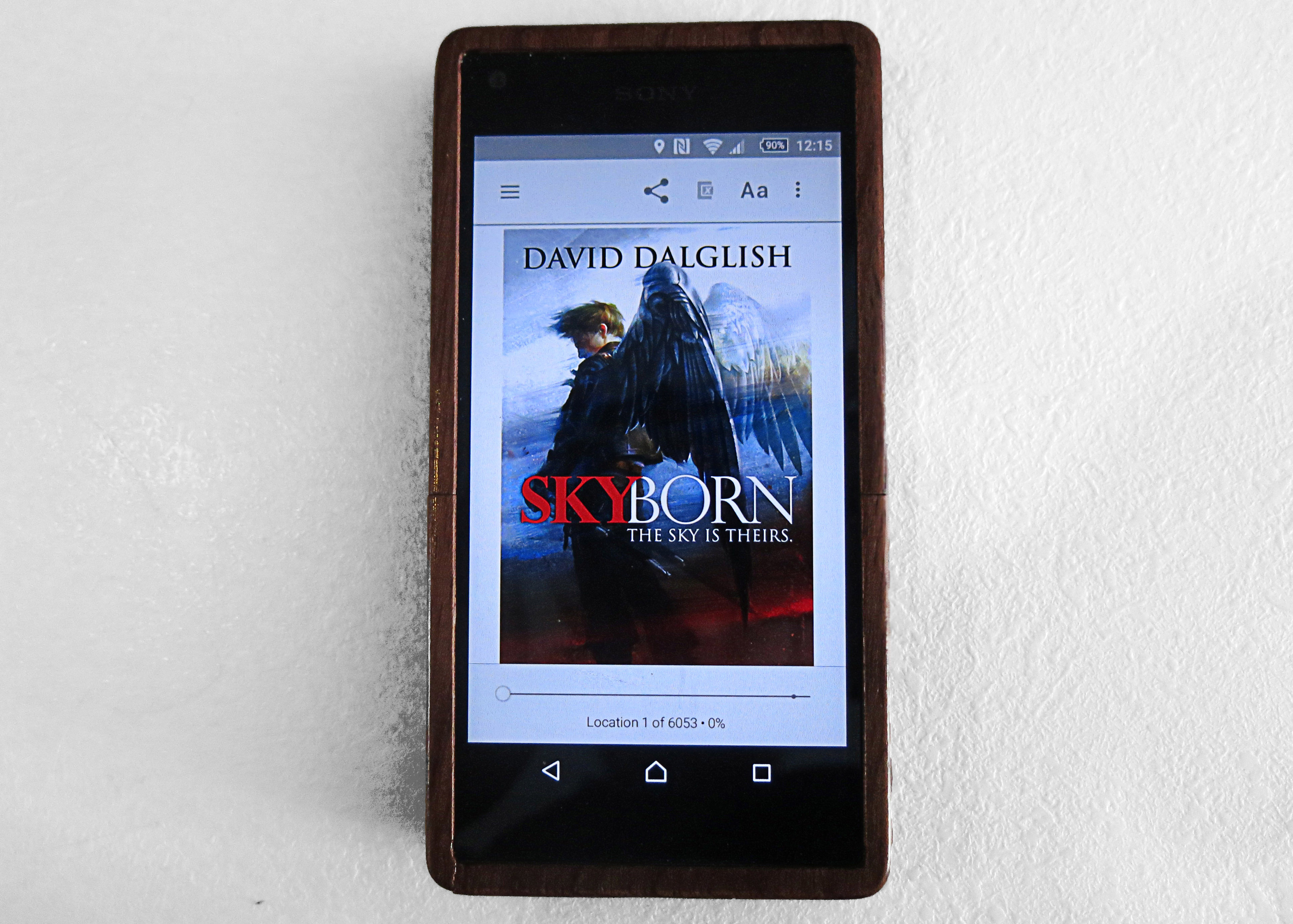 David Dalglish has done it again!  After reading his phenomenal Shadow Dance saga I knew that when the first part of the Seraphim trilogy Skyborn came out, I had to give it my full attention and it does not disappoint.

Not only does Dalglish manage to give his stories such depth that you imagine that you are experiencing them yourself, he manages to create such an emotional bond with the characters that you feel that you are living and breathing everything with them from the laughter to the tragedy, the action to the dialogue.

As the first part of a trilogy, a lot of introductions had to be made into all of the characters so there was not a lot of time to get into the thick of the storyline but this is more than compensated by the bond the reader establishes with the protagonists.

What pulls the reader in time and time again with Dalglish’s books is that you never know what is coming next. Just when you think you can work out how things will turn out, Dalglish comes up with a way to turn everything on its head.

For people who like Game of Thrones then this is the series for you, giving the reader the sense of wonder and imaginative dialogue that you wouldn’t be able to find in many other authors work. But it isn’t just the originative writing that Dalglish puts into his work, it is the way the book really lets your imagination run free.

Set on floating islands above a ruined world, it evokes images of James Cameron’s Avatar but on a much grander scale. The winged warriors, aptly named the Seraphim, that keep order in this altruistic universe with their teachings of righteousness are truly described as the angelic beings their namesake comes from. The further into the book you get, the more you want to, and I mean truly want to be a part of this world, a member of the seraphim yourself.

If you are a fan of Dalglish, or a fan of the fantasy novels or you have never read a book like this in your life, I guarantee this book is for you. From the plot line to the character profiling, there is no part of this book that turns your attention away from the brilliance that is David Dalglish.

The next book in the series will be published on November 22, 2016.