Artwork goes under the hammer for refugees

A group called PArt of Us held a live and silent auction at Central Saint Martins back in April to support charities in Calais and Europe, helping refugees with therapeutic and legal aid.

The project pulled together all of UAL’s creative resources to sell artwork donated by students, alumni and staff.

The auction showcased a series of oil canvases, screen prints and photographs that were sold to the highest bidders, including a piece by Syrian artist Adnan Samman which went for £150.

Campaign leader Eleanor Henson, a third year textiles design student, said: “I thought we should play to our strengths and get creative people with talent to get together and donate work to charities that we wanted to support. We wanted to show how art and design can solve problems that would benefit people socially.”

To date more than nine million people have been displaced from their homes with a further 250,000 losing their lives in war zones, whilst attempting to flee.

Back in March the migrant camp in Calais nicknamed the ‘Jungle’ saw riot police destroy 200 homes of the 3,500 refugees that live there.

She added: “I was getting frustrated at the media’s portrayal of the situation. The idea that people are coming to steal our jobs or take our futures, when actually they’re leaving homes, jobs and friends like we have and getting in boats to cross rivers”

“As soon as you recognise that you can do some good, you can recognise your worth in a community. You want to benefit your community rather than being angry”. 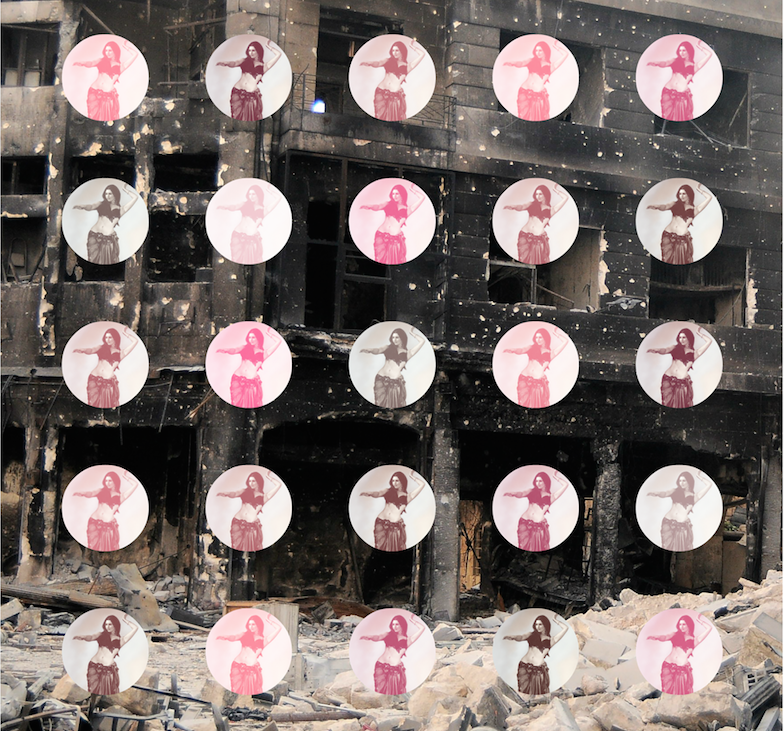 PArt of Us artwork by Adnan Sammam.

The charities benefiting from the funding include Art Refuge UK, who have been working with young refugees in Calais, offering them the opportunity to take part in a range of art therapy programmes to deal with the situation psychologically.

The event featured a display of translation handbooks from the Refugee Phrasebook Project, providing refugees with valuable vocabulary, as well as a talk by Temor AlKaisi who shed light on the issues faced by children in the UK who are unable to complete their education for fear of deportation.

Event curator Håkon Lillegraven, currently studying culture, criticism and curation said: “For me one of the most frustrating things is how the word refugee has become very dehumanising because it ignores the individual stories and backgrounds of people. So we wanted to get people in a room and look at highlighting the human element in this entire situation”.

“There’s this cliché of activism to do with humanitarian aid of being really angry all the time, but what we’re doing is art activism and art can create this space in society where you can talk about politics without being in the system of politics”.

“Seeing the work of the organizations we worked with confirmed that they also believe in the power of art and to see that reflected back has been amazing”.

PArt of Us have recently launched a partnership with Artolution, a community-based art network and will team up with Young Roots, a refugee charity, to create a friendship mural in August.

Anyone wishing to get involved with the campaign should get in touch by contacting partofuscampaign@gmail.com