Is UAL too white? 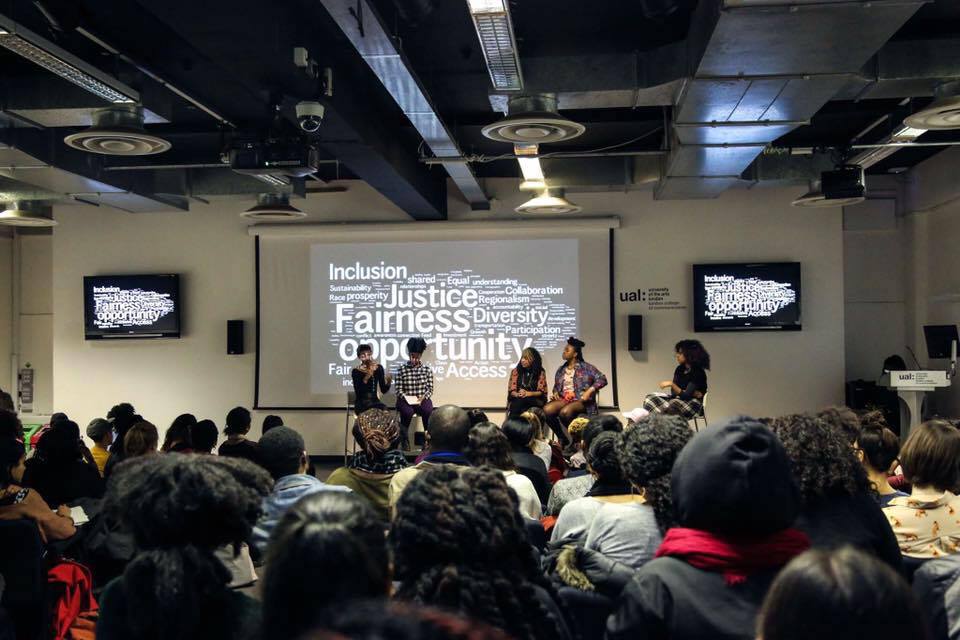 ‘UAL so White’ won the best national campaign of the year at NUS Black Students conference 2016.

But how can UAL (University of the Arts London) which has a student population of just under 20,000 and more than 45 per cent of them are from BAME (Black, Asian and Minority Ethnic) backgrounds be called into question for being too white?

UAL’s 2015 Equality and Diversity report highlighted the shocking lack of racial representation across all sections of UAL’s staff structure.

Most worryingly, only 126 of academic staff were BAME compared to 1,333 white academic staff – although UAL attracts a diverse student population they are failing to foster the same inclusivity in academic job roles.

SUARTS (University of the Arts Students’ Union) believes the lack of BAME academic staff is having a negative impact on BAME and International students’ experiences and could be one of the reasons for the attainment gap.

The non-existent racial diversity in course teams, leads to a limited Euro-centric worldview and is not fair on students who come from marginalised communities.

The current attainment gap for BAME students at UAL is they are 21 per cent less likely to get a 1st or 2:1 compared to white students, while 45 per cent of International UAL students graduate with a 2:2 or 3rd.

For both groups, the gap was irrespective of previous academic qualifications, age, class or gender; the prevalent factor is very much based on their race and ethnic group.

In the 2015 National Student Survey, an independent and external survey, BAME and International final year undergraduates gave UAL a lower score describing their experiences as ‘negative and non-inclusive’. 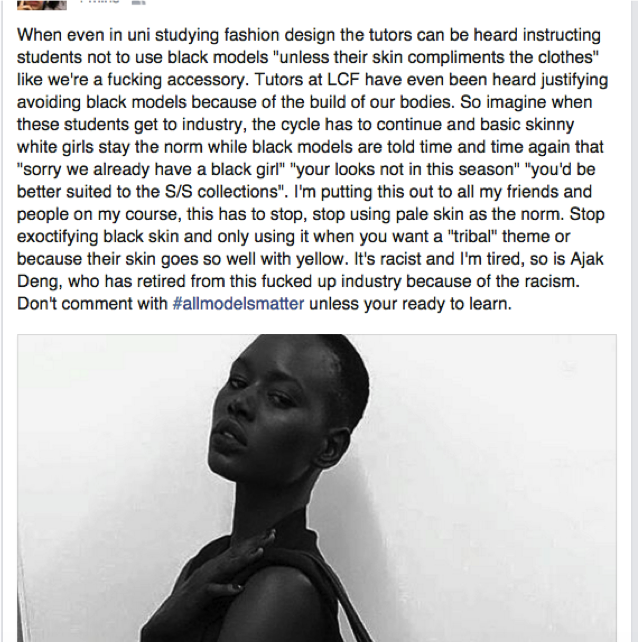 All of these factors could suggest UAL is institutionally racist and has structures which hinder the academic success of BAME and International students.

Earlier this year, Mia, a second year student at London College of Fashion, took to Facebook to vent her frustration about micro-racism and discriminatory comments she had heard from academic staff at UAL.

Her bravery to speak up triggered the creation of the UAL so White Campaign – a group formed of current UAL students and alumni who demanded to know what UAL’s Vice Chancellor Nigel Carrington was doing to tackle racism, and the attainment gap within UAL.

They also presented UAL with a list of demands, three out of the total eleven state:

The success of UAL so White was due to its focus groups and the strong social media campaign which saw a number of students tweeting to UAL about experiences of racism within the institution.

Member of UAL so White and SUARTS Education Officer elect Hansika Jethnani stated, “making UAL more inclusive for BAME and International students is so necessary. UAL often says ‘we’re a world known university’ but their teaching staff and curriculum does not always reflect that. The attainment gap is just one of so many issues that BAME and International students face, amongst experiencing racism and not feeling welcomed or understood just because they are from a different background.”

In response to UAL so White, UAL have now established the Attainment Project and will continue to use the en>route scheme, a mentoring programme for BAME staff to take up leadership positions within the university.

“The issue of discrimination and inequality in arts higher education and the creative industries and must be tackled, the current exclusive practices that excludes so many base on race, religion and other marginalised characteristics has to stop.”

Deputy Vice Chancellor and Race Champion Stephen Reid issued a statement on behalf of UAL: “Recent controversies around the Oscars, and the Fashion and media industries, have brought into sharp focus the poor record of the creative and cultural sector on promoting Race Equality. UAL seeks to play a leadership role in changing our sector.”

Many of UAL so White members wonder how UAL will play a leading role when the number of complaints from BAME students rose in academic year 2014/15 and when they failed to meet their own equality and diversity target of increasing BAME staff by 1 per cent.

Aisha Richards founder of Shades of Noir stated, “The issue of discrimination and inequality in arts higher education and the creative industries and must be tackled, the current exclusive practices that excludes so many base on race, religion and other marginalised characteristics has to stop.”

UAL so White were pleased to learn of the unconscious bias training being set up UAL’s Diversity team – the training aims to make UAL an inclusive environment and will be mandatory for all UAL staff; it shows how quickly change can happen when students have the courage to speak on social justice issues.

Upon winning national campaign of the year, Mia insists the fight must, and will, continue: “UAL so White, is so necessary and needed for students of colour like myself. We have a space to go and find the facts and figures to back up what we know to be racism in our university but lack the resources to ‘prove’.

“It also works in providing us with the comfort that we aren’t all imagining our experiences of racism and allows solidarity to grow across the five colleges and countless courses.” 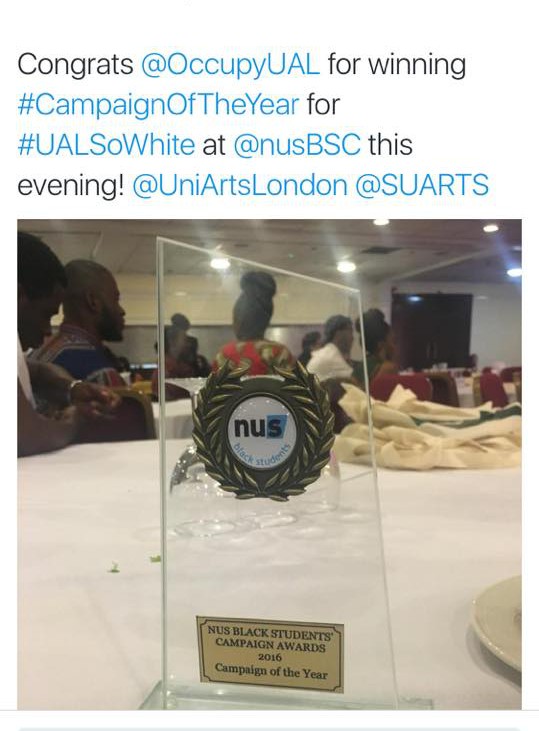 For more information or to get involved visit: ualsowhite.tumblr.com