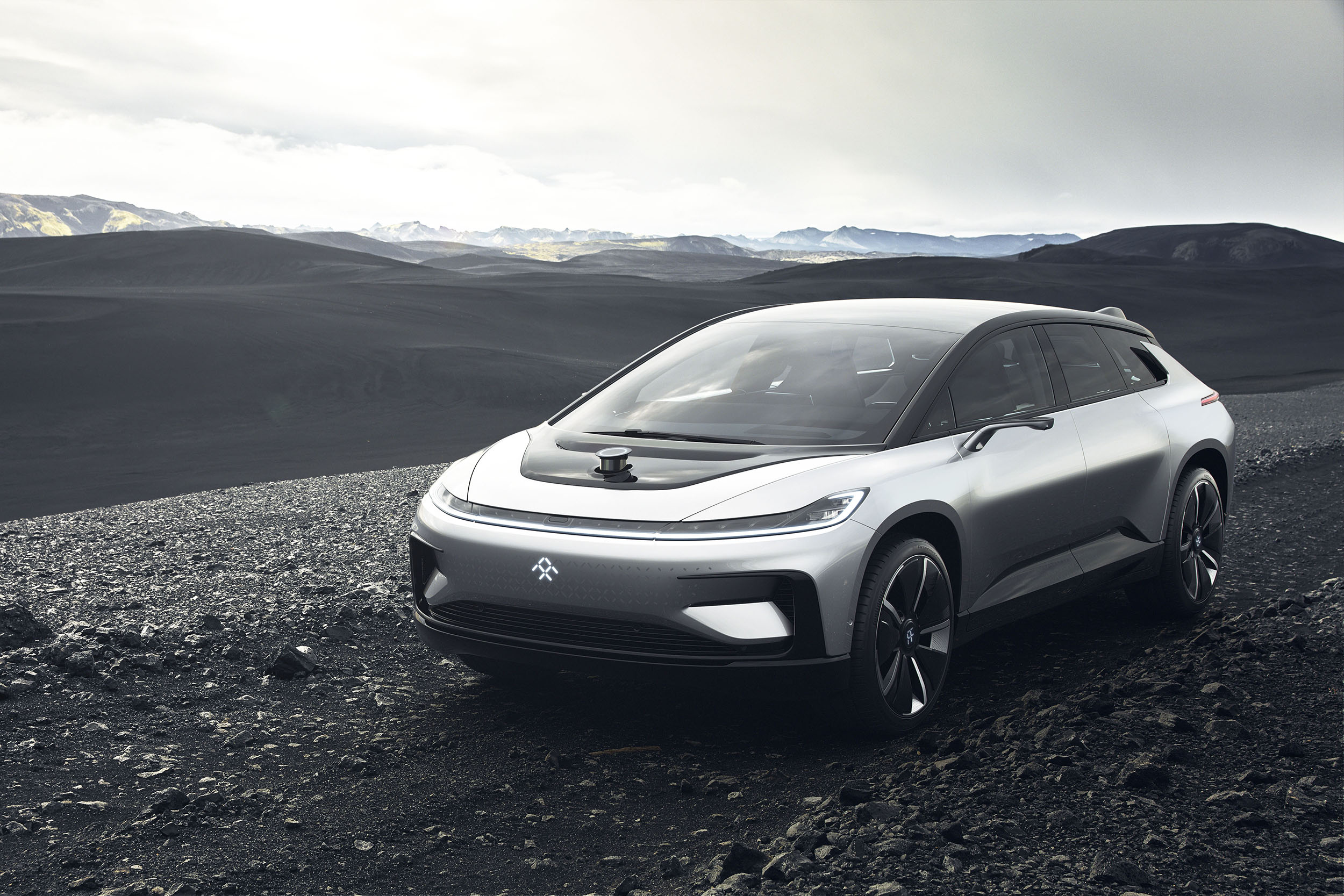 The 2017 Consumer Electronics Show (CES) took place earlier this month, and has been an annual event since 2004.

For years, the trade show has commanded a large audience and in doing so, gained the fame of being the benchmark for everything the future has to show us in terms of consumer electronics and new technologies.

This year, we got a very wide glimpse into the future of transportation and sustainability with driverless and autonomous cars at the centre of the exhibition.

Tesla Motors, a company pioneered and created by the mind of Elon Musk, was the first automaker to pave the way for groundbreaking changes in how the future of transportation will work.

With its set of electric cars, Tesla has over the years gradually experimented and later on brought to the table a very smart system of autopilot that exploits a set of sensors spread on each of the car’s hardware and a virtual intelligence software that auto learns and improves through the experience of other drivers.

It is a system that feeds itself by sharing information about traffic and roads. It helps create a common electronic ecosystem that every car can take advantage of.

2017 CES was the year when Tesla’s competitors finally gave us a glimpse of their own different ideas on how autonomous cars should work.

This was the year of Mercedes, Google, the Audi + Nvidia partnership and last but not least, Faraday Future, the super-secret company born from the ashes of dissatisfied Tesla engineers.

Faraday Future (FF) actually has a very troubled history. The company came out of nowhere during the summer of 2015, but it was officially founded in 2014, staying out of the public eye for almost a year.

By the time the world finally find out about it, the company had already hired some of the best engineers from Tesla, Space X, BMW’s i division, and even Chevrolet’s Volt project.

FF promised to deliver a concept, close-to-production car by 2017 and this years at CES, the company delivered.

“What we are creating is more than a car; it’s a car that delivers the greatest electric experience: smooth, efficient and clean,” said Nick Sampson, Senior Vice President of R&D and Engineering, on the stage of CES.

Mr. Sampson is one of the members of the inner circle of executive team within Faraday Future.

“We are a global EV company with a connected ecosystem approach, and a silicon valley spirit.”

The FF91 was the first production car that the company unveiled in Las Vegas and it seemed to come straight out of the future with its whole metal and glass body, its large band of LED lights and cameras in replacement of the rearview mirrors.

The company spent most of the time on stage speaking about how fast the car is.

“We don’t even consider ourselves to be just a car company builiding a better way to get from A to B,” Mr. Sampson added.

“We are a technology company, reformatting the future of mobility.”

With 1,050 horsepower, the car can go, according to Faraday Future, from 0–60 in 2.39 seconds. That’s faster than any other car built today.

During the days of CES, FF only had a production car without any interior to try off the stage.

The company claims to have put on the hardware of the car about a dozen cameras that will work as the eyes of the self-driving system that will steer the wheel for you when you feel lazy and that’ll even park the car autonomously.

As shown in more than one live experience to the press, the car can definitely park itself and as soon as needed back, any owner can ask the car to come and pick them up from the parking site using a complementary app for smartphones.

Unfortunately, the company’s car presentation has slightly been put out of the spotlight after the revelation that Faraday Future has had a bit of a troubled time recently.

In December, news reports came out stating the company’s financial instability, unpaid bills, hundreds of millions of dollars lost and a series of staff departures.

US tech-focused website The Verge has carried out in-depth investigative research on the troubles the company has gone through, including the delay in the construction of its $1 billion Nevada factory and several other rumours including statements from former employees that report mismanagement on a financial and administrative level.

The future of transportation, however, is in the hands of car makers.

In an interview with The Verge, Mr. Foxx spoke about what the future is saving for us.

It seems that, according to Mr. Foxx, the future of transportation, especially in big metropolises like London and New York, belongs to ride-sharing services like Uber and Lyft that will eventually take over the cities as soon as the technology to sustain autonomous cars ultimately becomes reliable and widespread.

One day, not so far in the future, autonomous vehicles will be able to communicate one another and in some ways making it a safe way to travel on the streets.

“You’re going to see trucks running more closely together, which result in fuel savings and positive climate impact,” he said.

“You’ll see companies that will start to use unmanned aircraft to deliver products to us.

Autonomous and driverless cars might not be the only foreseeable revolution in the future of transportation.

From London, new Tube trains, that according to a TfL report, will hopefully hit the tracks starting in the mid-2020s and will bring a whole new set of features to significantly improve each citizen’s commute with air conditioning, lots of free space thanks to the new design and Wi-Fi onboard, to the wild concepts that have numerously surfaced the web with its crazy ideas.

There is the bus that glides over lanes of traffic, runs on tracks and that has already a pilot that has taken its first drive recently.

There is the magical idea of the high-speed pods of the Hyperloop and the bike paths in the London Underground abandoned Tube tunnels.

One of the latest concepts for the next big twist in the transportation system has been a proposal by the London-based architect Lars Hesselgren, to move Londoner’s cars to the underground, in one word: CarTube.

“Streets are for people, not cars,” he said in December at the Institution of Mechanical Engineers.

The solution would be to build underground tunnels for cars, taking advantage of the already existing system used for the tube channels and move all the traffic downstairs.

If this sounds complicated, the premises for such changes are most likely unfeasible.

There is the problem of the underground space, even for a city like London which already has a very complicated subterranean life.

Journeys and commutes should be planned in advance and the cars should be organised in ‘stack’.

All the vehicles would work on an electric-based system, keeping altogether the same speed and using lifts to get in and out of the surface. 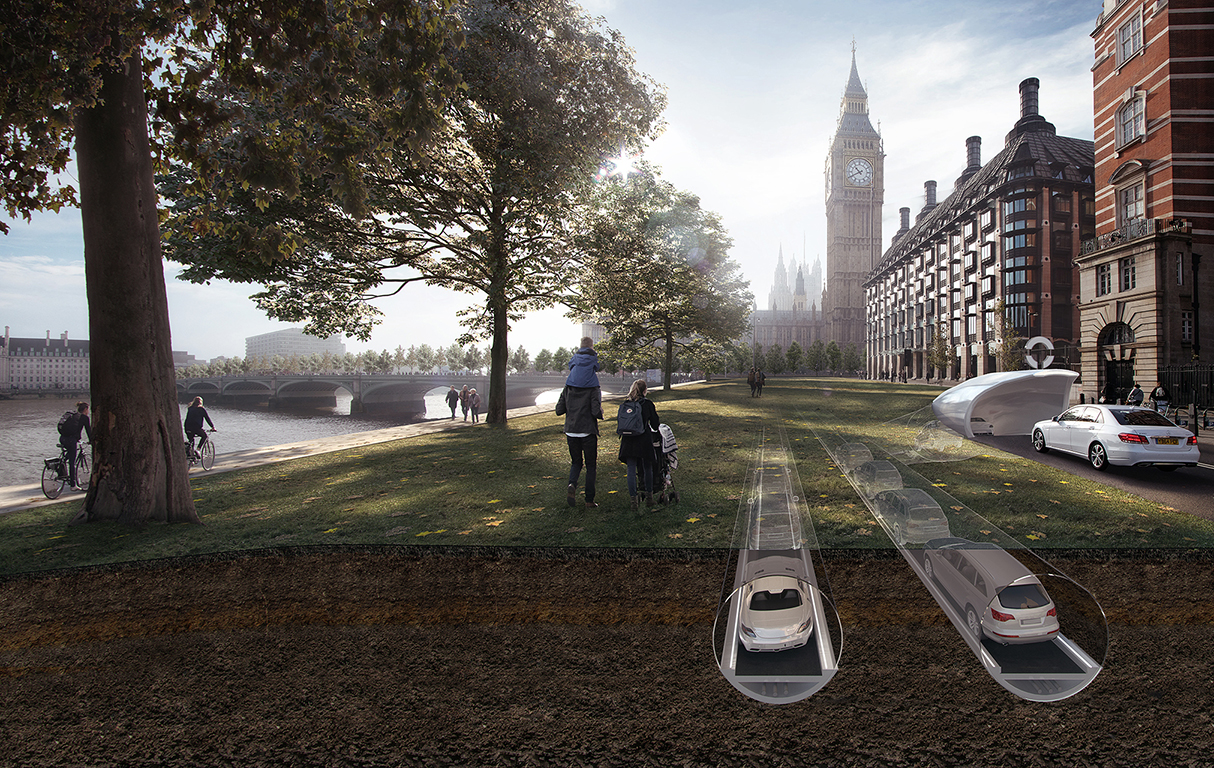 Hesselgren claimed that “travel times on the CarTube would be roughly a quarter of what is achieved on existing roads, with a typical journey from Heathrow to the City of London taking only 14 minutes (the same journey on Crossrail is due to take 34 minutes),” according to a report in The Guardian.

The future always looks unpredictable and full of potential surprises, but the roadmap to a driverless life is more than paved.

By the end of the the 2020’s, cars might drive autonomously in the cities or underneath them, buses might float or glide over car lanes and the underground life for any London commuter might improve.