Could you survive in London for £20 a week? 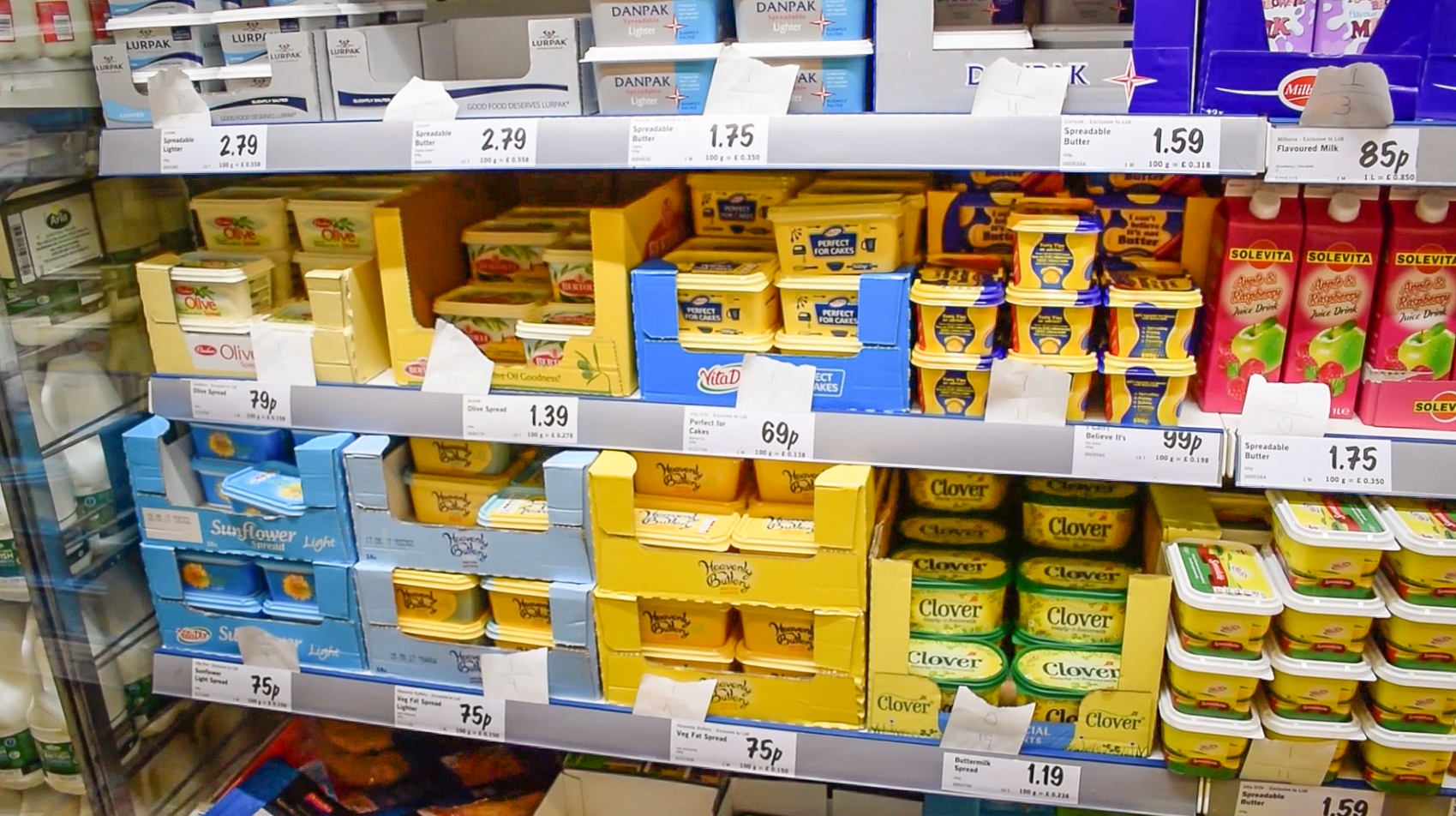 London: the city of dreams but the sinkhole of money.

Amidst the great smog of the city you find yourself divulging extortionate amounts of money for everything you eat, drink, and do.

A single cocktail in Mayfair can easily set you back over a tenner, a dinner out in central can range from £20 to exorbitant amounts, and even topping up an oyster card can leave a burning hole in your pocket.

That’s not even factoring in living costs, but that’s the price you pay to live in the bustling capital.

I set myself a challenge to live off of £20 for an entire week in this greedy city, while still eating well and without skipping a single meal.

Whether you’re a student, broke or just a frugal foodie this money saving guide may be a blessing until payday.

Disclaimer: I have not included oil, salt, pepper and teabags in my shopping list as I am assuming these are a crucial element of everyone’s kitchen cupboards.

To make my money last the full week I had to set a concrete plan, unfortunately, I did not have the luxury of spontaneity and my wallet did not stretch that far, so I wrote up a list of foods that were extremely versatile.

As I wasn’t sure exactly how much spending money I would need for the week I had to constantly think of cheaper alternatives; kale instead of spinach, spread instead of butter, honey instead of syrup.

Not only did I need to use substitutes for expensive items I also needed to find alternatives within food groups.

Protein was my biggest problem, chicken is my go-to protein, and it has so many uses and can be flavoured in a multitude of different ways.

It’s a lean protein and contains a substantial amount of B vitamins, which are responsible for keeping the body working effectively.

Although I did manage to get a large chicken breast and thigh from my local butcher relatively cheaply, I was aware that I wasn’t going to be able to afford much meat. I decided upon eggs as the next best thing with the added perk that they are dirt cheap, I got 15 for £1.

Eggs can be used in dozens of different ways and are a tremendous contributor of B vitamins, whose advantages range from keeping your skin and nervous system healthy to helping form haemoglobin (aka the substance in your red blood cells which carries oxygen). 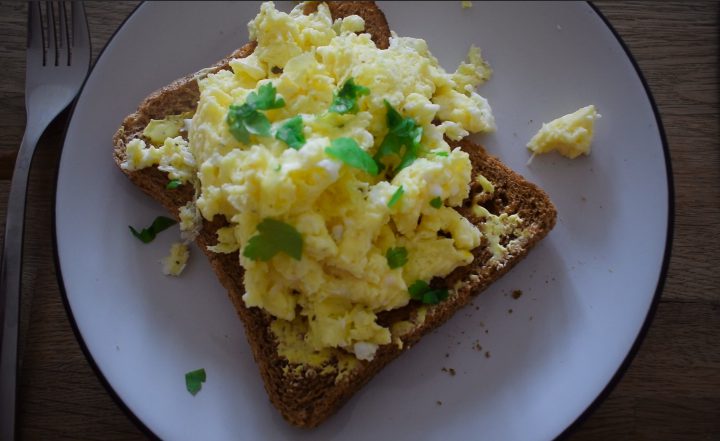 When I thought of filling food my initial thought was oats, these are particularly filling because of their high content of beta-glucan.

Beta-glucan is a soluble fibre that is found naturally in the walls of cereals which dissolves in the stomach to form a thick gel like substance, this then takes much longer to allow the stomach to empty meaning it keeps hunger at bay.

I also got cheap bulk ingredients like sliced bread and couscous.

Having an extensive street market so close to my front door is a complete luxury, it’s amazingly good value so I was not worried about not having enough fresh food.

And with a little bit of charm, I actually managed to get myself some free fruit and veg which was an added bonus.

It was also extremely lucky that the night I decided to go out on fell on student pride which meant there was a significant amount of deals that were available, including free club entry to one of London’s biggest clubs and discounted drinks, my night out totalled £1.50.

Breakfasts were easy, breakfast has always been my favourite meal of the day so it was one of my priorities.

With a couple extra quid I would have bought some classic breakfast foods like bacon and sausages for a Sunday fry up, or I would’ve experimented with chia seed puddings and made some gooey banana bread. Instead I made as much variety as I could, from what I had.

During this week the breakfasts I had were: 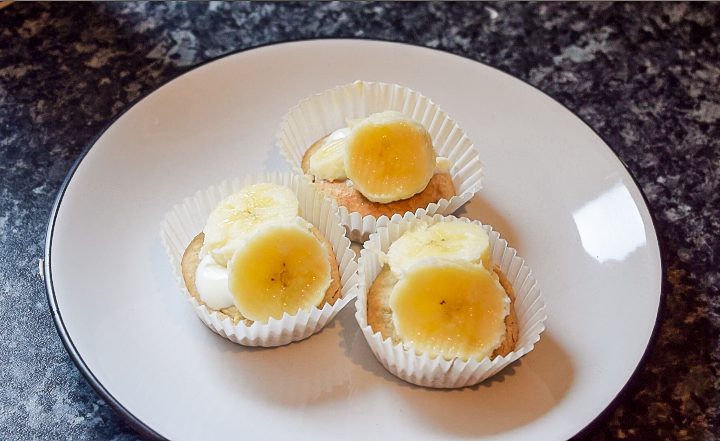 * Apple and grapes with natural yogurt

* Poached egg with kale on toast

Packing an interesting lunchbox that varies day to day sounds simple until you realise you have no sandwich fillers, no ability to keep a stuffed pepper stuffed during transit and no container that you’re brave enough to risk filling with soup.

I have always had a love for egg mayonnaise sandwiches. I had plenty of eggs, and thanks to the generosity of a vendor at the market I also had a free lemon, meaning there was only one thing left to do; make mayonnaise. 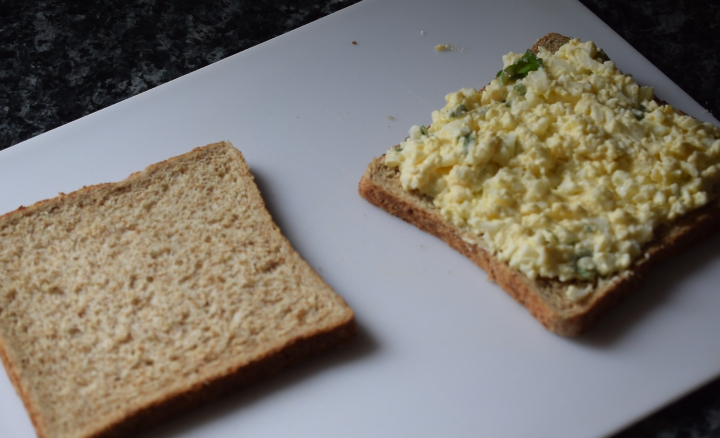 Throughout this process I have learnt that one should never take for granted the luxury of convenience, people say money is time and I can confirm that under all circumstances this is true.

When you bite into your supermarket sandwich with disgust and remark “I could do this better myself”.

It’s probably true, you probably could, but would you want to invest all that time and effort?

So often we go to buy £3 meal deals, but this price can quickly stack up. If someone bought a meal deal five days a week while at work, that’ll cost you £15 a week, and £780 a year.

It’s far cheaper, nicer and more nutritious to cook yourself…but you will have to invest your time.

For lunches I had: 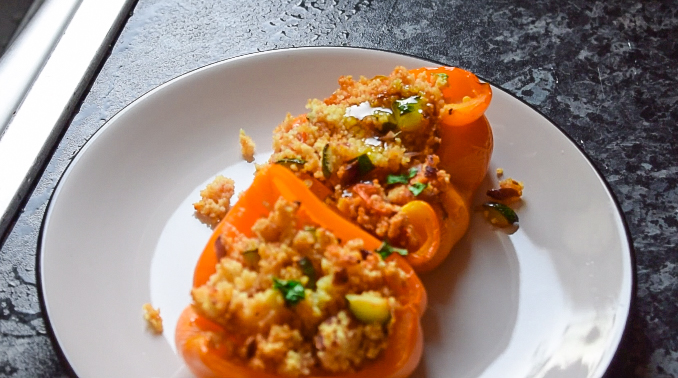 Knowing very well that I only had enough chicken for three meals I started off my week with a meat dish, to ease me into my foreboding vegetarianism.

But by the end of the week, I realised I still had healthy stocked cupboards and two sizable portions of meat in my freezer.

My initial stinginess afforded me to eat quite lavishly (with regards to my circumstances) throughout the weekend and ended my week off nicely.

As the end of the week was approaching I was in a remarkably good financial situation, well to my amazement I had over £1 left.

My entire week including nights going out had only cost me £15.91 meaning I still had £4.09 to get some extra food for the weekend.

For dinners I had: 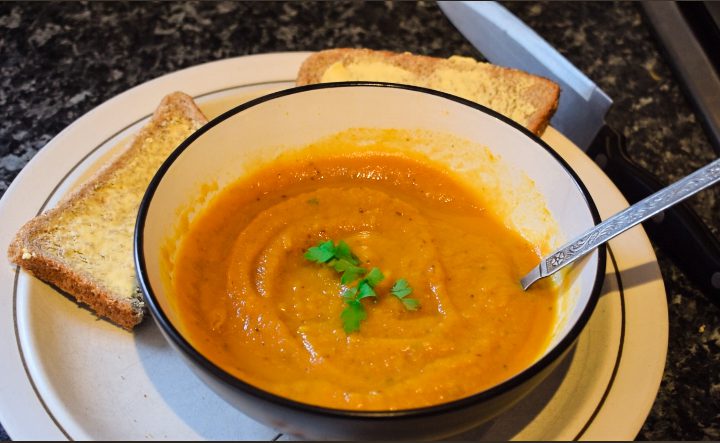 * Egg Kidney bean, pepper, tomato and onion fajita mix with toast (as I had no wraps)

* Black and white bean burgers with homemade mayonnaise and salad.

Not having the luxury of money was particularly testing towards the end of the week, I wanted to go out on both Friday and Saturday.

I had to decline one and pick the cheapest option, but would’ve loved to have gone to both.

I was also unable to afford any alcohol so was stuck drinking some awful leftover spirits from New Years. 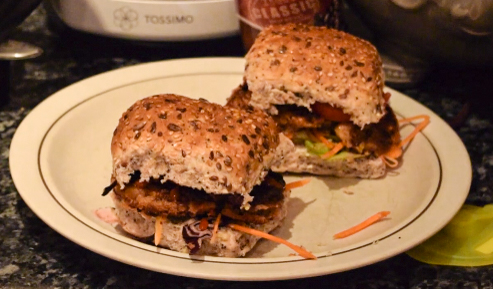 Nights in London are notoriously expensive but you can work the system if you do your research.

Clubs offer discounted prices for events, you can chase happy hours around town with apps like “drinki” and certain places even offer free entry and drinks.

As long as you don’t get too drunk and exceed your credit limit buying rounds for the whole bar you should be okay if you have a premeditated outline for your evening.

I managed to get free entry to one of London’s biggest clubs and enjoyed a super discounted drink, (and a few more thanks to the generosity of my friends).

Having to make all my meals from scratch was in some way therapeutic, although we all need a quick meal here and there.

I don’t think shop bought soup can capture the flavour of homemade soup, I don’t think chicken in a ready meal will be anywhere near as succulent as if you cook it yourself and I don’t believe any shop can produce a packaged product the way you like it.

My advice would be to make it yourself, make it in bulk and freeze it. You will not only eat better, you’ll save so much money you’ll even live better.

Images and video by Ella Wilkinson