Physics is assumed to be an exact science. It is a field that seeks the truth and does not allow any place for uncertainty or illusions.

In fact, many of us rely on physics to explain the very existence of us as human beings and the universe, of which we are a part of. Along with biology, it makes us travel deep inside ourselves and projects us upwards to the stars.

However, even in a place of constant axioms and experimentation, discovery and rebuttal, there is a place for pure imagination. Every explicit truth that came to life was first just a thought, a theory in someone’s head that awaited to be proven.

There is a theory that can stretch one’s reality a bit wider: “If a universe can be imagined, it exists“.

No, we’re not referring to the new season of Stranger Things, that is a real statement by Professor M.R. Franks, a member of Royal Astronomical Society of Canada.

For many of us it is a dream come true. Everything that has ever been imagined by anyone anywhere has a right to exist in a parallel universe. The ‘many worlds’ interpretation was first discussed in 1957 by Hugh Everett and has been experimented on ever since.

To understand it from a scientific point of view one has to know, and believe in, the term ‘quantum mechanics’, which itself is controversial. Even the physicists who study that science don’t agree with one another on what it actually means.

This branch of physics relates to the smallest particles and their interaction with each other. The term ‘quantum’, that translates from the Latin as ‘how much’, already hints to the discrete nature of the studied objects.

Unlike the ‘classical’ mechanics that deals with specific objects and time frames, quantum physics looks at probabilities.

Eleanor Knox, a Senior Lecturer in Philosophy at King’s College claims that it is still “the most successful theory that ever existed. A huge amount of modern technology depends on it,” so we simply have no right to ignore it.

What is known for sure is quantum mechanics helps us to understand the possibility of parallel universes. On a microscopic scale it shows that two objects can exist at the same place and at the same time. 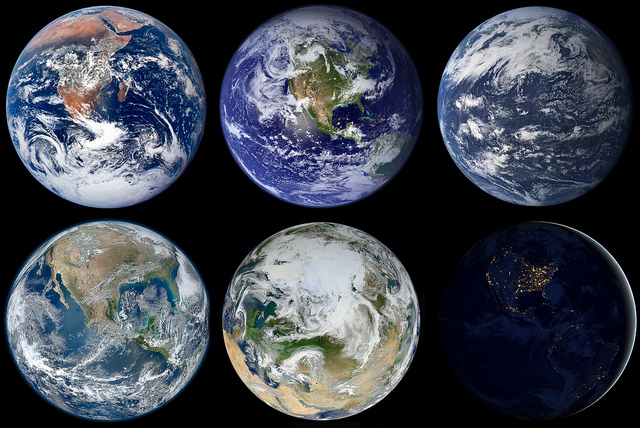 We use predictions constantly in our lives. Eleanor Knox suggests we apply it to the world of science. [Flickr:NASA]

A famous example would be Schrödinger’s experiment, even though it has actually never happened and always existed only on theoretical grounds.

In this hypothetical experiment a cat is placed in a sealed box with no chance of the outer interference. In the same room there is a device with radioactive substance that, if one atom decays, would break a flask with acid inside the box, which will most certainly kill the poor animal.

However, there is an equal chance none of this happens and the cat is perfectly safe an hour later. So how can we know if it is dead or alive? In both outcomes the box looks exactly the same. It is a paradox. Can a cat be alive and dead at the same time?

The thought experiment suggests that it can and it is the human observation that finally decides on the outcome. Before someone opens the box with a cat in an unidentified condition, the cat potentially exists in two states at the same time.

Quantum mechanics has no ability to give any sort of predictions. It is based on several possibilities which go parallel with our everyday lives.

Think of a person. Imagine what he or she might be doing right now. Give this action a possibility percentage. Lets say it’s a 50/50 case.

I can’t know for sure, but I assume there is a fifty per cent chance my family is having dinner right now. Because they usually are. But what if today they decided to postpone it? That’s why it’s not a 100 per cent. It’s a possibility.

“When you think of it, it does sound very silly. But when you look at the data, it is still very silly. However, philosophers along with physicists have taken this idea very seriously,” Simon Saunders, professor of Philosophy of Physics at University of Oxford, believes the idea that two particles can exist at the same place at the same time.

But if that is true for photons, can we apply it to a world of ‘large objects’?

Sadly, if no-one has really experimented on a cat, there is a little chance this thesis would be applied on such sensitive creatures such as us.

Professor Saunders agrees and adds that “something is still missing. There is still something we don’t understand,” and so we are left with observing frequencies; repeating the experiment again and again until the theory can be described as realistic.

But while realists invoke people to take physics seriously, philosophers urge the two to work together.

In fact, they hope that the impact of the theory on our life would not be as immense as can be imagined. There is enough of chaos around us anyway. At least it would help us to understand that the human being is not the centre of the universe and that it is not whole on its own. 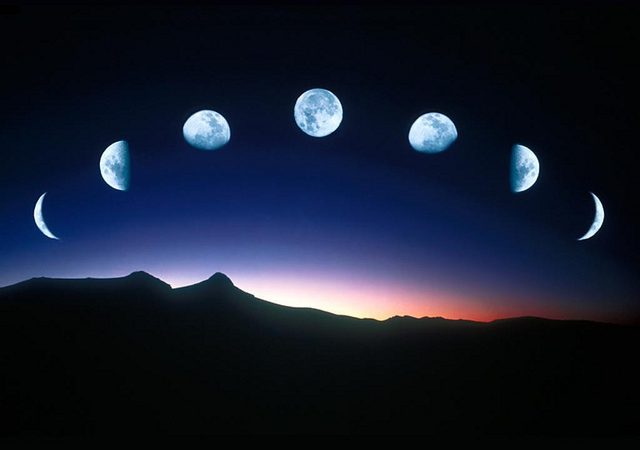 ‘When you think of it, it does sound very silly. But when you look at the data, it is still very silly’ [Flickr:Spirit-Fire]

Apart from physics academics trying to move along their theories, there are others who have no doubts about the existence of other dimensions.

Everyone has certainly heard, even if without a will delve into the topic, about the astral world.

Yes, the astral world does exist according to some theorists and is divided from us only by a thin layer. This layer is our consciousness.

What distinguishes a physics theory from the more esoteric explanation is that the latter doesn’t demand the imagination to help in understanding other worlds.

They argue that it is as real as the main, physical reality we experience every day.

Max Heindel studied occult science and astrology at the beginning on the 20th century. He spent several months in a semi-conscious state, when he was close to dying because of a severe heart problem. That was the experience that pushed him into esotericism more than before, upon his recovery.

According to Heindel humans are creatures that have numerous bodies that exist on different layers of reality. As far as we can understand today the count stretches to seven, six of which always exist but without our realisation – not in a separate universe as in physicians theory, but in our own.

We can even glance into these worlds but only through the altered state of consciousness. Meditation, mantras and other techniques of training and sell-development, if used with right intention, can bring one closer to the anticipated reality.

At least that’s what the occult teachings say.

It is important here to compare the way in which two different theories want us to understand the parallel worlds. Physics has only one way in which a normal person can interpret their theories: that is intellectual development of an individual and the knowledge of natural laws of the universe.

In contrast, people who study energy believe that anyone who is able to develop themselves spiritually can glance into different layers of our complex world.

The trick is that no one can come further than their consciousness can let them. In other words, you can have two diplomas from Harvard and still not be able to look deeper than the simplest form of being, the material world.

The most important overlap between the two is that both Heindel and Franks think that in the parallel world everything that can be imagined has a chance to exist. The more we can stretch the boundaries of impossible, the more we will be able to understand the ‘thin world’ or the infinite number of other universes.

And if we still have not come to this realisation, it means that we still are on the basic level of our consciousness and there is still a long way for our minds to go. In fact, there is no finish line in understanding these boundaries. They are in our heads and that is something that anyone, without any knowledge of any theories at all, can agree on.

Awakening the physicist in you