Welcome to the Walthamstow Wetlands

Springfield Park, a 26.4 acre area, is centred in the heart of 356 acres of marshes, joining up Walthamstow, Leyton and Hackney.

The bright blue sky, beautifully contrasted against the great mass of green and browns of the mammoth willow trees, seemingly endless marshes, and dying flowers of once beautiful yellows, reds and purple.

November leaves that have fallen from their now bare owners, crunch loudly beneath the heavy stomp of my Doctor Martin’s. Complete silence falls and there is nothing to be heard for miles, other than the cheerful chirp of goldfinches, cetti warbler’s, and chirpy little robin’s whose chests are now a beaming red.

Squirrels, who are now familiar with human contact to some degree, stop to watch me, expecting to be offered a nut or two. With none to hand, I wander off, before the little blighters’ big eyes and patient wait, pulls at the ‘aww’ feeling that seems to be somewhat lost. 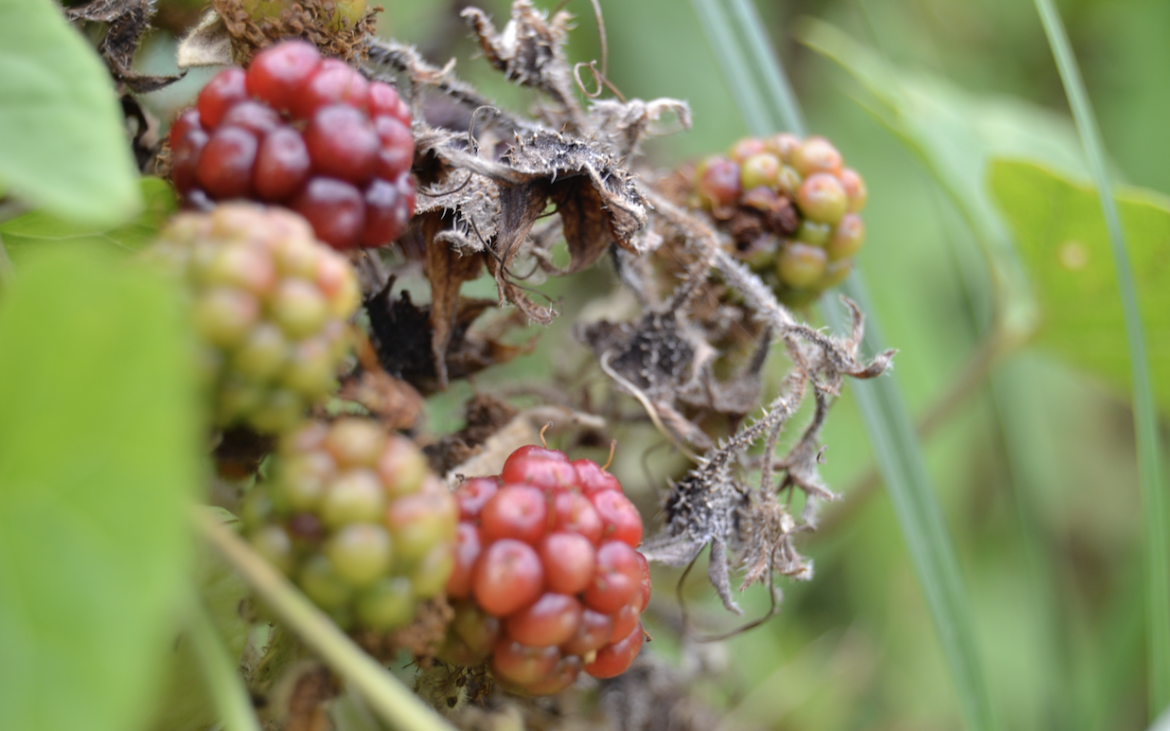 Never mind Springfield and its endless acres of beautiful marshes – the newly opened wetlands, which were once a no-go in the Lee Valley area of the marshes, was the call for this nature photography shoot; although photography was just an excuse to come to such a beautiful place. The real reason was to escape from the unbearably busy, urban areas of London.

Wandering through a small gate opposite the marina, where all the boats seemed to be hurled in, a new sense of bliss hits. Despite the wetlands being a huge chunk of the marshes and marina, it is almost as though winter hasn’t managed to get its icy hands on this specific area just yet.

The November sky glistens against the colourful wildflowers: white campion, yellow gorse, purple knapweed. There were even some blackberries left untouched on their prickly bushes that they call home. Granted, they were not ripe and dying, but beautiful nonetheless. 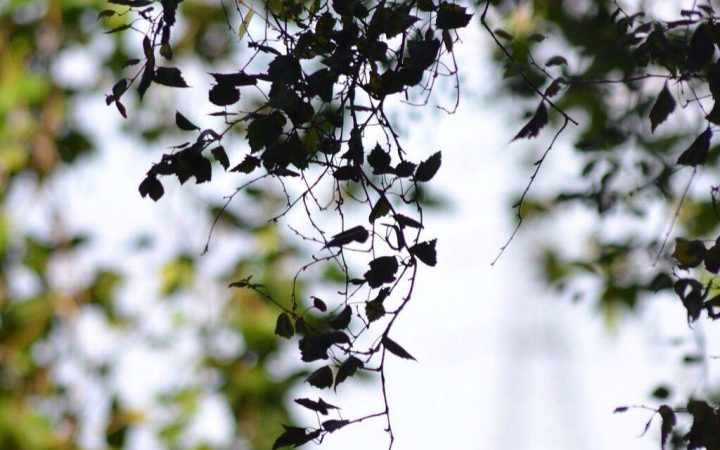 The remarkable thing about this beautifully blissful scene, is that it is not just some random, undesirable, tedious corner of rural London, but a formerly avoided area for the lack of ability presiding over us.

This remarkable place is located somewhere between the grittiness of Tottenham in North London and the depressiveness of downtown Walthamstow.

For as long as those within the area can remember, this group of reservoirs were completely forbidden to everyone, except those who were self-proclaimed fishermen and bird watchers, who were willing and able to pay for the necessary permits to enter.

Thankfully now, a £10.6m investment had been put into the area by the London Wildlife Trust, the Heritage Lottery Fund, Waltham Forest Council and Thames Water. The area that received this financial investment included the marshes, Springfield Park and of course, the wetlands, and now, Walthamstow’s very own wetlands is classified as the largest wildlife reserve in Europe.

For local resident Kerry Edwards, she was rather excited when the wetlands opened their gates to the rest of the public. “I’m glad that they’ve opened up the wetlands as a part of the marshes. Not only have I got somewhere else to take the kids to explore, but I have extra space to go to when I need to,” she said.

“I’ve been going down to the marshes for years. It’s genuinely a beautiful place, and a nice place to go to clear your head. There’s just something therapeutic about this place. It’s so beautiful and quiet, but I always thought it was pointless to keep the wetlands closed. Why should we have to pay to appreciate something so natural and so beautiful?” Kerry tells Artefact. 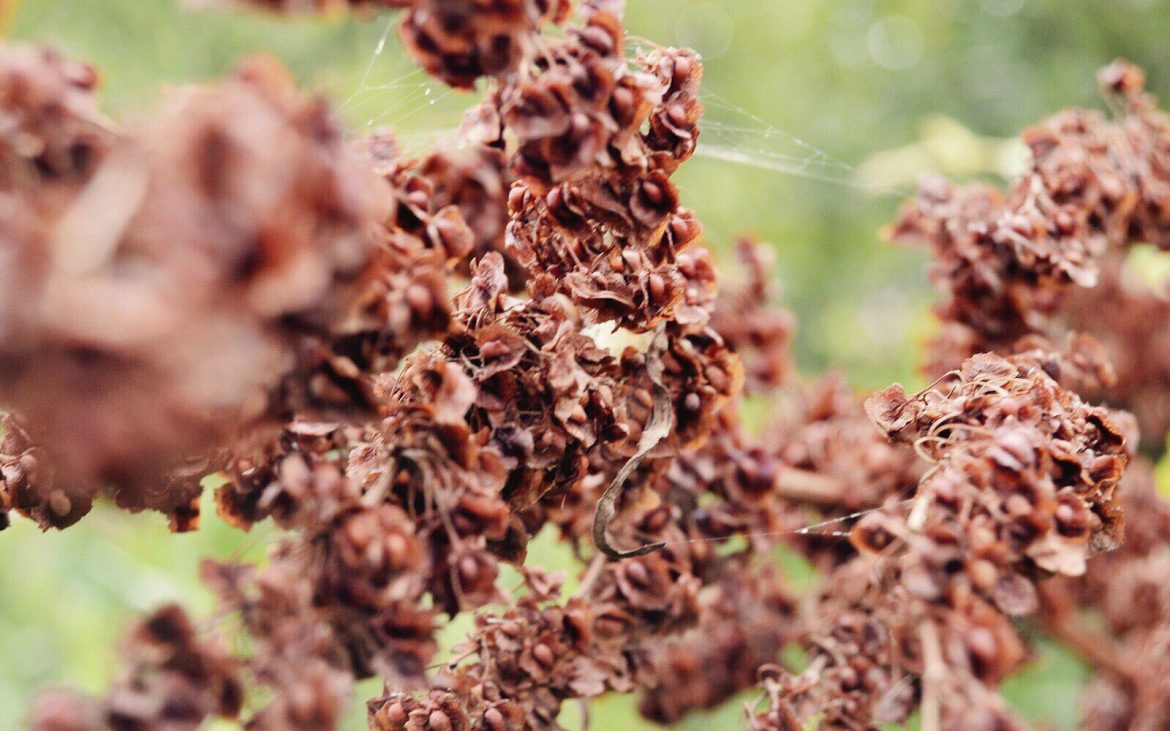 “Coming down here to the marshes is almost as though you’re in a completely different world. You’d never think that this kind of space exists in London. When you think of London, you think of a dirty, built up, overcrowded city, but then you find pockets of beauty like this.”

Fifty-three-year-old Laraine Jenman shares a similar outlook to the marshes and wetlands. “I took my children here for years when they were little. But what nobody knows is that I often come here by myself just to get away from everyone and everything. Sometimes I get so down, and the peacefulness of the marshes is the only thing that can help me clear my mind and make me feel better,” she explains.

“I never understood why the wetlands were closed off to the general public. I personally don’t like fishing. I wouldn’t even know how or where to start and as for bird watching? I’d rather appreciate all my surroundings. Not that I have the concentration to focus on any one thing in particular when I’m down, but it’s still nice to be able to appreciate the little things that nature has to offer.”

“Of course it is a huge place, but when you’ve lived here as long as I have, you find every little nook and cranny. I think that’s why I’m happier than I should be that they’ve opened up the wetlands. It isn’t a new thing, but rather somewhere else to go when I feel as though I need that escape,” Laraine concludes. 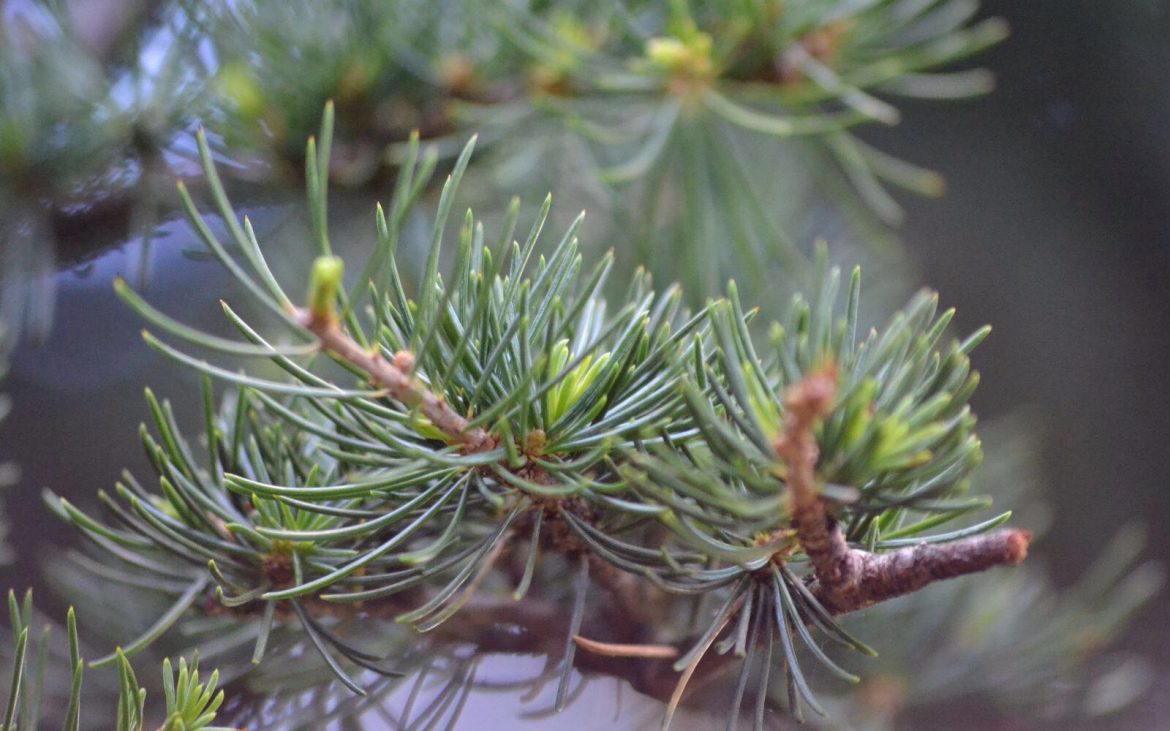 The wetlands have been open since October 20, 2017, and excluding the marshes, the area is a colossal 211-hectare site on its own. It has a 13-mile footpath, for those wishing to wander around, taking in its beauty.

The site includes 10 reservoirs, a huge cycle track that seems to go on forever, and eight, large as life, islands dotted throughout the site.

From the Coppermill Lane entrance, you have the absolute pleasure of looking over beautifully graceful swans and excessively loud geese, gliding effortlessly down its gorgeous, flowing stream. The Coppermill Tower near the Lane will soon open its doors too, offering a calendar full of a variety of activities as well as seasonal events, which have already been planned in advance.

The London Wildlife Trust plans to offer a variety of Interactive learning programmes and school engagement with the hopeful aim that this will influence the next generation to look after the site in years to come.

The stream itself looks over three colossal, hand-dug reservoirs, with various smaller lakes breaking away from the main stream. The stream itself is home to lily-pads, tadpoles and a variety of wildflowers, that all float at the surface.

On Ferry Lane, opposite the main entrance to the wetlands, is a building dating back to, what only one can assume to be the 1800s. This building is home to the steam-driven pump engine, and is now also available to hire out for exhibition space too.

For 25-year-old Jay Collins, Walthamstow and Hackney marshes are somewhat of a nostalgia to him. “I used to be brought here with my mum, dad, nan and grandad and a mate would always tag along. We’d play football in the open spaces, and catch tadpoles in little stream things. I remember catching some kind of newt or something. All I know it was huge!” Speaking about the marshes automatically brings a smile to his face. 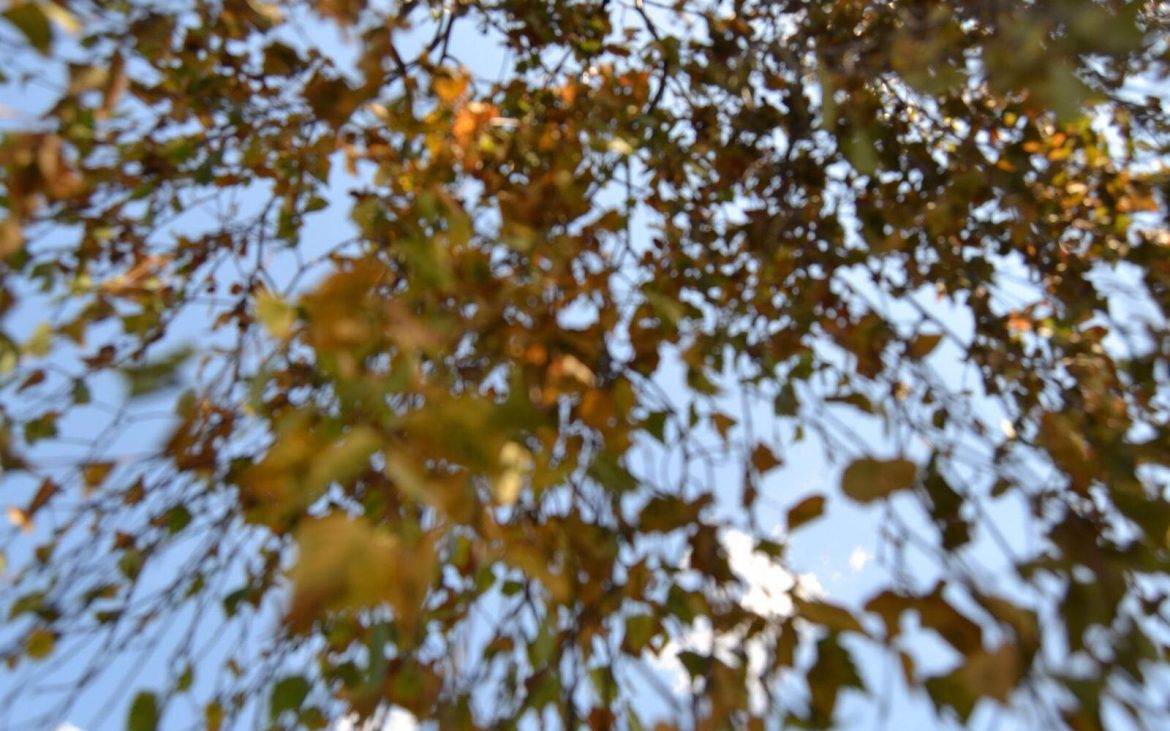 “As a kid, I just thought everything that was closed off was something to do with the water works, but now it makes a bit more sense that these sites were basically reserved for people who were into fishing or could afford to do it,” he tells Artefact.

“I’m glad that they’ve opened up the wetlands though and I think it’s time to actually make the time to go back down there. I work on building sites, so being around nature might just relax me a bit,” he laughs.

Although, not everyone is impressed with the opening of the wetlands. 43-year old Lorna Fage, explains that it is only those who have recently moved to the area, who are immensely impressed with the wetlands opening up. “I’ve lived in the area all my life, so to me, the wetlands opening up is nothing special. As youngsters, we never complained that we didn’t have access to them, we had the marshes and Springfield park. That was good enough for us.”

“Of course, back then, we would simply just jump the fence if we wanted to because that is literally all there is separating the wetlands from the rest of the marshes. Even if they didn’t open the gates, it isn’t as though you can’t see the open space of the wetlands. If you’ve gone over to the marshes, you may as well have seen the wetlands too. There is no difference to me,” she explains.

“It’s all these young people and those now buying up the properties in the borough who are excited that they’ve opened. Maybe it’s because they never knew the marshes and wetlands were here, but to me and others that I know, it isn’t anything new, exciting or anything to bang on about.” 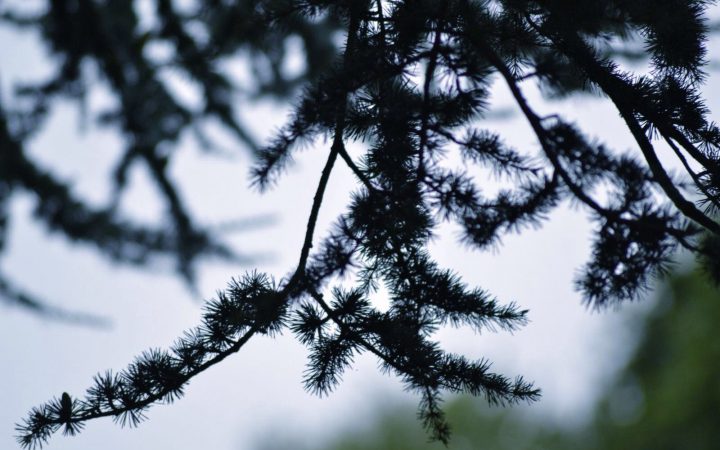 London already has a highly-regarded wetland reserve in south-west London, although a £30 family ticket is required before you can even visit the site, which has deterred many from visiting the iconic area.

Although this site offers an insane world of lakes, lagoons and miles upon miles worth of marshes, where over 180 different species of birds have been spotted by park rangers and bird watchers alike.

This site has even seen an unexploded Second World War bomb, which saw a bomb disposal team scurrying to the site to defuse the situation. It turned out the bomb wasn’t live and so had no possibility of exploding, thankfully.

The wetlands that have recently opened, asks for no charge at all, and is open from dawn till dusk, Monday through to Sunday. There is an extraordinarily small parking charge for those who intend to drive to the site, but there are several local tube and Overground stations including St James Street station, Blackhorse Road Station and Tottenham Hale Station. Of course, it doesn’t stop there. The marshes that are attached to the wetlands in Walthamstow are open 24/7, which means that the ability to appreciate natures beauty isn’t restricted at all.

With roughly 500,000 people living within a two-mile radius of these stunning nature reserve, and millions more individuals living just under an hour away, the excitement has been much anticipated for the most part.

With the recent opening, the wetlands have anticipated to bare witness to 250,000 human visitors within its first year of opening up to the public. With how tranquil, therapeutic and beautiful the wetlands are, can you really argue with the anticipated figures of how many individuals will visit them throughout the year?

All images by Charlotte (Chaz) Layton