“Iron Man. That’s kind of catchy. It’s got a nice ring to it. It’s not technically accurate. The suit’s a gold titanium alloy, but it’s kind of provocative, the imagery anyway.” 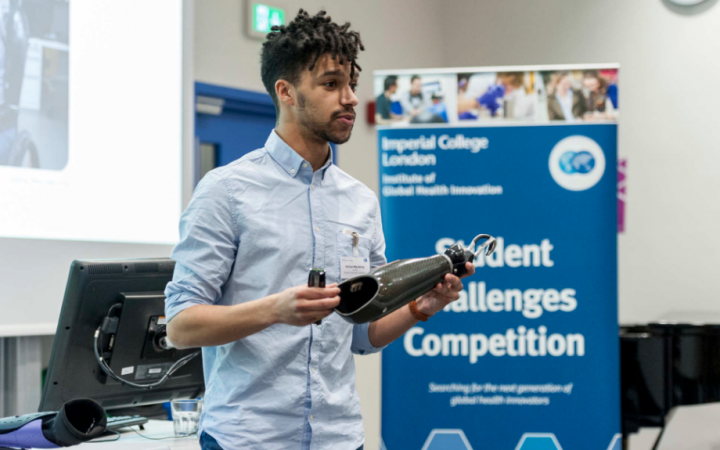 Tony Stark’s musings in the first Iron Man movie may have been for dramatic effect, but his observations on the difference between fantasy and reality are true in the real world, not just the Marvel cinematic universe.

The makers of ‘Mitt’, an advanced prosthetic limb which they hope will help amputees around the world, have faced a similar fight to reconcile their dreams with the reality of building something that puts the patients first.

With a fresh design-centric approach, they are discovering that the real power of any “Iron Man suit” is its connection to the wearer. Through listening and interacting with patients, Mitt are designing their prosthetics around what people really want.

Nathan Macabuag, the founder of the award-winning start-up, explains how 35% of amputees don’t use the prosthetic limbs available to them.

Describing their approach, Macabuag says: “people should be considered every step of the way” and that “the current extremely high market prices suck because all people want is something comfortable and affordable, which shouldn’t be a big ask.” 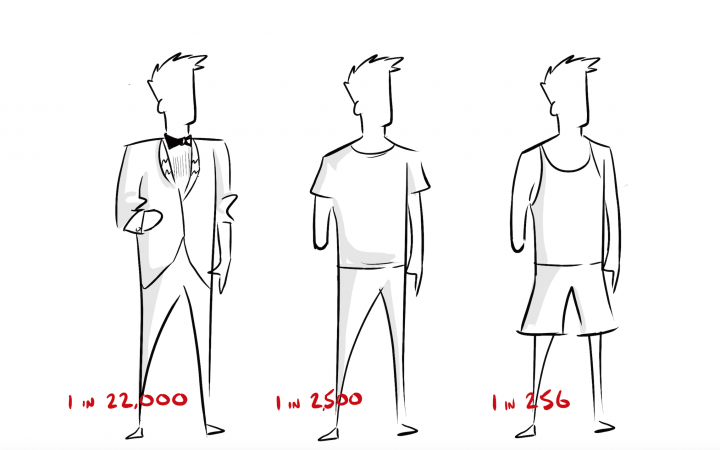 There is currently a huge divide in the prosthetics market without any middle ground. At one end are medieval-looking devices, which feel crude and uncomfortable. At the other are ultra-high-tech bionic arms, where all the focus is on the technology of the arm rather than the interaction with the patient, not to mention the astronomical price tag. This results in over-complicated, uncomfortable and expensive prosthetics.

Alex Lewis is a 33-year-old quadruple amputee turned motivational speaker. He has been working alongside the Mitt team to design and create a prosthesis that simply works. Lewis explained how he came to work with Mitt. “In November 2013, I caught a common cold, two weeks later I was rushed into intensive care and put on life support. There I learned I had developed ‘Strep A’.” Group A Streptococcus, also known as Strep A or GAS, is a potentially life-threatening bacterial infection. “I was then told they would need to amputate my limbs in order to try and save my life.”

Having survived the operation, Lewis then faced a long rehabilitation: “I was given a standard right arm prosthesis by the NHS, it was heavy and difficult to use, the design hadn’t changed since 1950 and it was sort of military looking. For an amputee, or someone with limited movement and strength, I don’t really want to be using a heavy device every day.” 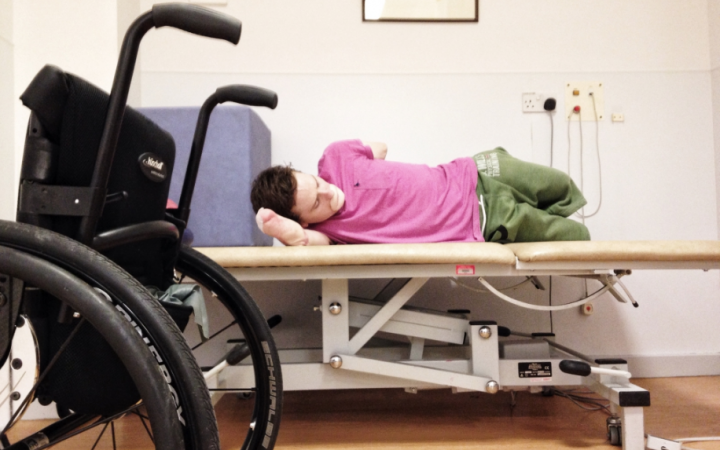 Tired of these counterproductive prosthetics, Lewis explained how “after eight months of rehab I decided to leave the NHS, and it lead to looking for a prosthesis elsewhere. This lead to travelling to lots of different universities and eventually meeting Nate.”

At the time, Macabuag was in the planning stage for a third-year group design project at Imperial College. Whilst brainstorming for ideas, Macabuag had said “Let’s build an Iron Man suit!”, he then paused for a moment, “or at least an Iron Man arm.” His group then decided they wanted to build a new high-tech prosthetic arm.

During their research process, Macabuag was introduced to Lewis, and was inspired by their meeting, and told us how “hearing his story and how his life has changed, it was incredibly humbling to us. Yet to hear and see how positive he is, was inspirational.”

Also hearing his criticisms of current prosthetics, this first meeting made Nathan and his team entirely reconsider their approach: “It made us focus on two things, comfort and affordability.” They discovered that the power of the Iron Man suit was what it enabled the wearer to do, not what it did on its own.

Elsewhere in their research, the team discovered only medical professionals can provide, fit and maintain prosthetic devices. Limb loss affects seven million people worldwide in high, middle and low-income countries. As several countries have poor medical provision and poor infrastructure, this results in 90% of limb-loss patients having no prosthesis at all. 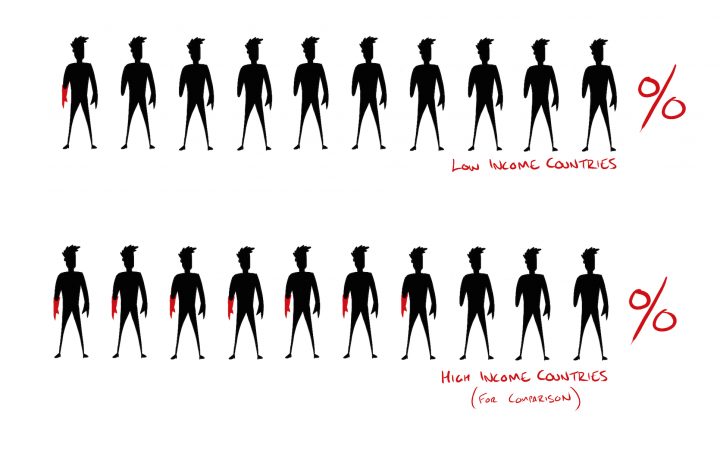 Some of the user statistics shaped the research [Nate Macabuag]

The team believed access to prosthetics should be a basic right rather than a luxury. Targeting the entire world inspired their ‘plug-and-play’ solution, simplifying the design and democratising the fitting process. Their device was to be comfortable, functional and, most importantly, affordable. It was this globally-considered accessibility approach that led to the founding of Mitt.

Mitt’s ‘plug-and-play’ concept is a fresh new look on prosthetics. Previous designs focused on the electronics to replicate the motion of the hand, whereas Mitt focused on the socket and more importantly its connection to the wearer.

They made it easy-to-wear and easy-to-use by cutting out the middleman and eliminating the complicated control procedures. Macabuag also took design inspiration quite literally from an Iron Man suit and made Mitt look and feel cool and fashionable, something that the wearer could take pride in.

Lewis had been a designer before he had a life-changing infection, relying on the ability of his hands on a daily basis. He now relies on the technology of computers to create his designs.

With his Mitt, Lewis is able to put the ability back within himself. When he first tried on his Mitt, he could write his name on a piece of paper, a task so simple yet deeply rewarding, and yet something he was unable to do with standard prosthetics. “It was amazing, we could slide a pen into the device, it worked a treat, it’s really brilliant!”

Reflecting on their work together, Lewis told us: “Nate listened the most, it’s not about replicating the hand movement, it’s about the functionality. Mitt understood this the most. If this can help me having lost all my limbs, imagine what it can do for someone who’s only lost one arm.” After speaking with Alex it was clear to see just how much of a difference Mitt made. 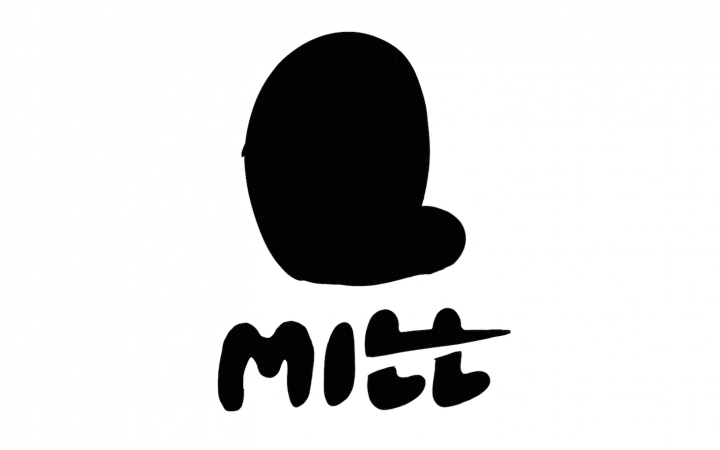 A sketch of the new company logo for Mitt [Nate Macabuag]

Positive feedback elsewhere, including winning an Arup prize, inspired Macabuag to spin the idea out as a company. Mitt is now in trials for its first product, an easy-to-wear prosthetic sleeve that can be easily adapted to fit every individual. It also allows for interchangeable tools, suited for everyday activity.

Mitt is a hundred times more affordable than current prosthetic prices. This is due to the selection of more economical, more durable and flexible fabrics combined with a cheaper manufacturing cost.

Since starting the project, Macabuag has won £22,000 in competition prize money, all of which took place during Imperial Enterprise Week. The Ideas to Impact Challenge 2018 encouraged students to present and pitch their ideas to enact change on a global scale. Mitt took home first prize of £5,000 and an additional £1,000 from the audience choice award. It then won another £5,000 for first place in the Institute of Global Health Innovation (IGHI) Student Challenge, plus £1,000 for the audience vote.

Finally, as runners up in the Venture Catalyst Challenge, Mitt were awarded £10,000 as part of an initiative to support early tech start-ups. Commenting on their success, Nathan said: “I am absolutely over the moon!” and went on to say, “Mitt can now take its first big steps into a large-scale pilot working with four of the UK’s biggest limb loss charities.”

Following on from the competition success, Macabuag is now in full swing developing his start up company with his new co-founder Ben Lakey, another Imperial graduate student in Bio-engineering.

Macabuag was invited to speak at the World Economic Forum in China, along with a handful of other start-up companies with Imperial University: “In Tianjin, where the forum was a big convention, I was speaking to people such as, politicians, UK health secretary and the Chinese Premier as well as CEO and business leaders, I was invited to talk about getting a healthcare start-up off the ground and spoke a lot about our philosophy at Mitt.

“To have a laser focus on what the end user needs and work backward to the technology. After my speech I had lots of CEOs and scientists come and ask me questions which is just nuts because I know way less than them!” he said excitedly. “It was such a surreal week.”

Mitt are now into their first major pilot of the product, the first step in amputees all around the world feeling the power of their own version of an Iron Man suit!