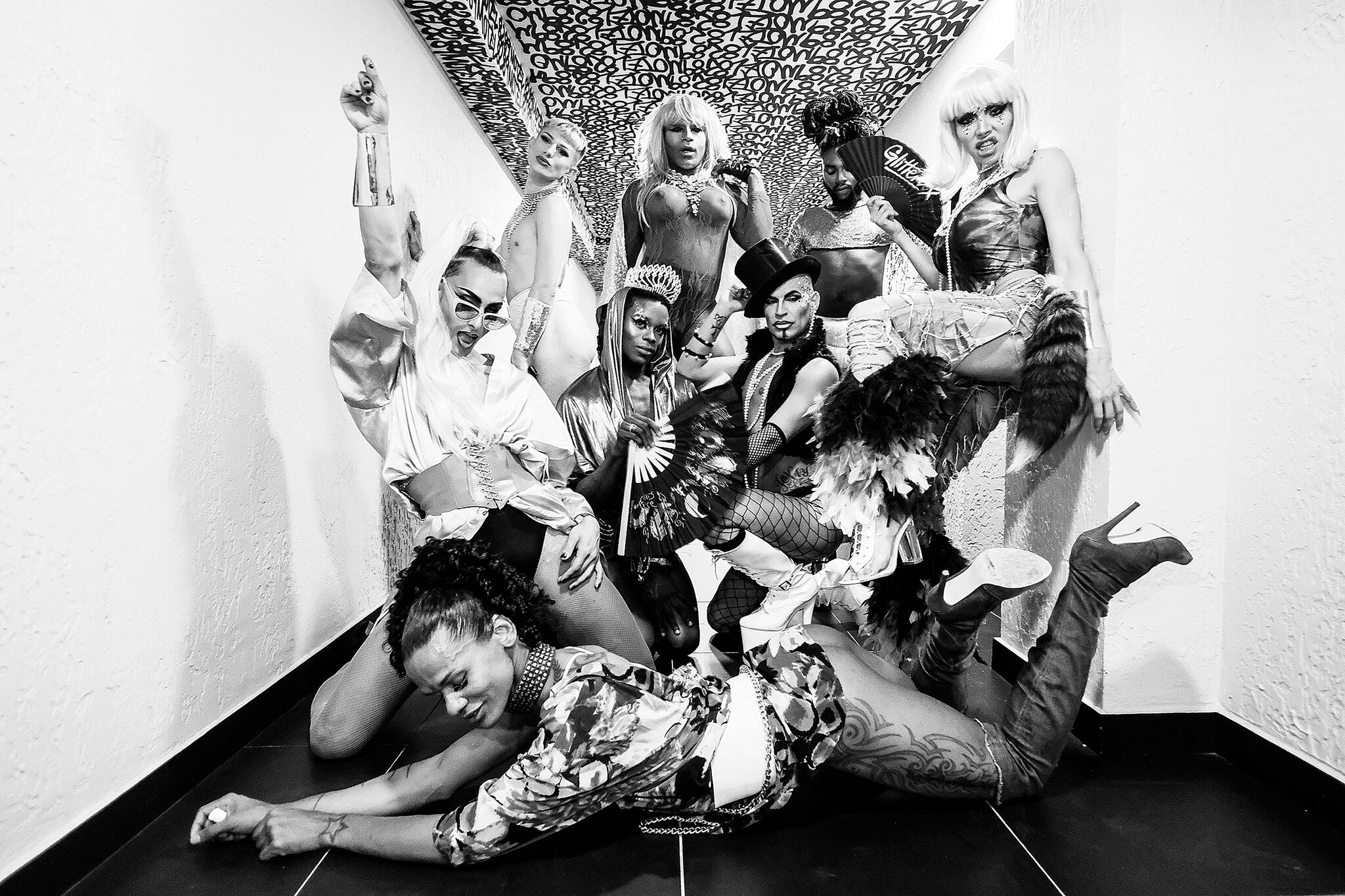 As Blaze and Barbara Tucker’s Most Precious Love blares from Hï Ibiza’s booming sound system, purple and pink lights flood the dance floor, dancers in bejewelled and sparkling outfits show their best moves as dozens of disco balls spin above them.

Welcome to Glitterbox, the party from Defected Records that is attempting to change the landscape of clubland in 2018.

“The concept came about because I felt like clubs in Ibiza lacked personality,” said Simon Dunmore, owner of Defected. “Everything polarised between EDM, which was all about pyrotechnics and fireworks, and not about the people, to the opposite of that, which was techno, heavy music, heads down and people just wearing black.”

Dunmore is right, the two opposing genres dominate most line-ups on the island, with tech parties like Hyte, Afterlife and Music On all mainstays.

By contrast, EDM superstars like David Guetta and Martin Garrix have their faces plastered on billboards across Ibiza. So where does Glitterbox, Defected’s house and disco extraordinaire, fit in on what appears to be a divided white isle? 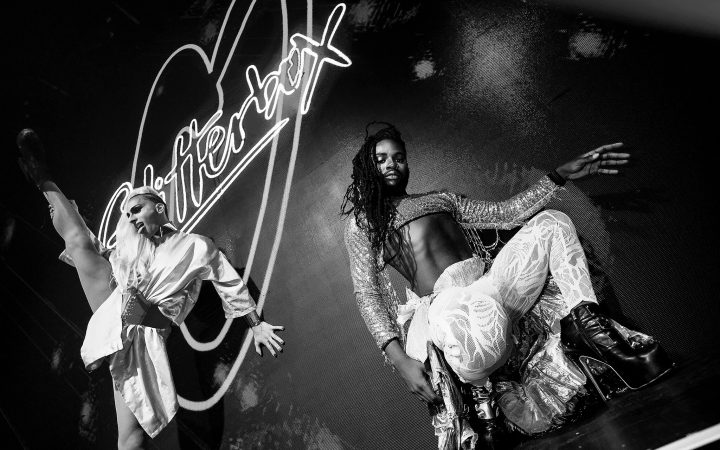 Performers at Hï Ibiza during the 2018 season [Defected Records]

“There was really nothing for the people who may like to reside and experience their clubbing in a kind of more flamboyant way, or a vocal or euphoric way,” Dunmore discovered. So, with their inaugural season at Space, one of the most iconic venues in clubland history, they set out to change the landscape of Ibiza’s nightlife and deliver something different.

“It was important that we resided at a club that had a real history and musical heritage,” Dunmore explained. “People were coming to reminisce about the music they heard at the club 15 years ago, so the association with the music and the space was a very powerful combination.”

With two seasons under their belt at Space, when the club shut its doors for the last time in 2016, it was time for Glitterbox to find a new home. Moving from one of Ibiza’s oldest and most established clubs, they took the party to the brand new Hï, where they have remained since. “It gave us the opportunity to host a party at the newest club in Ibiza,” said Dunmore, and with the huge investment from the owners of Ibiza hotel-come-super-club Ushuaïa, Hï became a “state of the art clubbing experience,” as Dunmore described it.

Now as we approach the end of 2018, Glitterbox has become far more than just an Ibiza party. This year it reached a landmark, with two international tours that have travelled as far as New York and Australia, and a record label releasing exciting music from new talent and established artists alike. 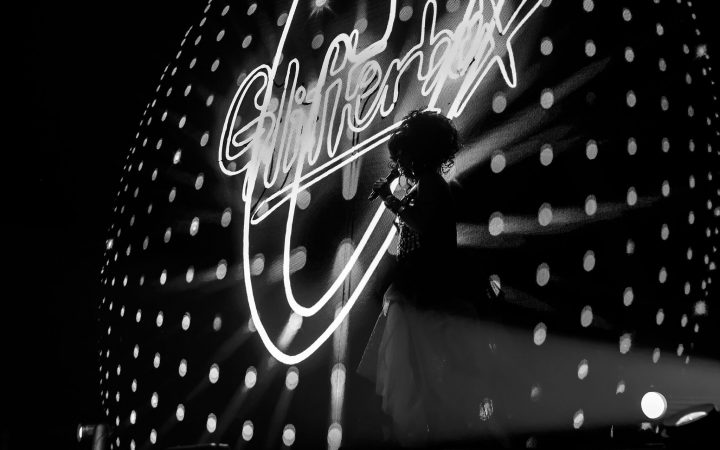 “We initially decided not to tour the brand, because we wanted it to be a party where people had to make a real effort to go,” Dunmore said, but with the eye-catching event turning more than a few heads on social media, it was decided that it was time to take it international.

Raven Mandella has worked with the brand since its beginnings. He is an established dancer, drag artist and performer in London. Having danced on stage with household names like Nile Rogers and Chic, the pairing was a perfect fit for the Glitterbox identity. “I think for a few years music became really soulless and everyone was disconnected,” Raven said, “Glitterbox is a movement, it’s waking everybody up and connecting them, that is what the basics of house music is, unity, togetherness and love.”

A huge aspect of Glitterbox is the performers, Raven started as part of a collective but has become a key figure in the party’s personality, featuring on album covers and billboards. Dunmore believes that the performers and dancers built the brand to where it is today: “We found dancers that were really extravagant and larger than life, with extreme personalities and real character,” he said. “That really infected the crowd in a hugely positive way.”

Glitterbox has become known for the joyous clubbing experience that it offers, and with its flamboyant performers, confetti moments, and disco-infused soundtrack, it is a far cry from the all-black-wearing techno parties described by Dunmore. “It stands out as a party because everyone is on the same page,” as Raven describes it. “It doesn’t matter what colour you are, your sexuality, your age, you know you’re all on the same wavelength, it’s really special.” 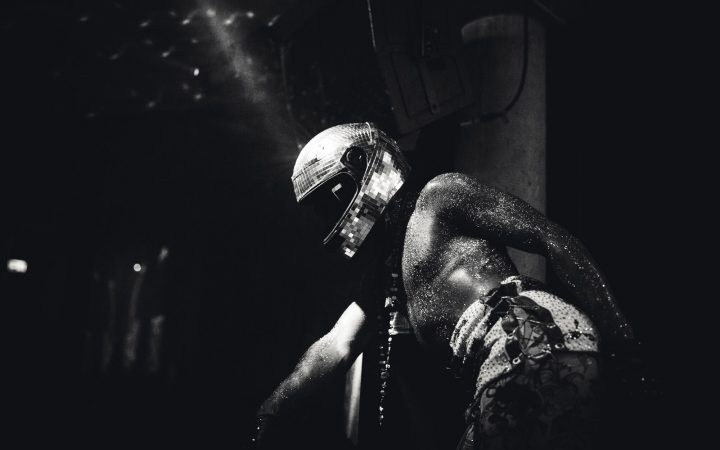 In turn, Glitterbox has built a strong identity of being an inclusive and safe space for all clubbers. “It’s such a cliché thing to say, but music always broke down barriers,” says Dunmore. “Acid house when it first started broke the rules when there was a lot of cultural divide in the UK, I think that is what we wanted to replicate.”

“It’s the music that’s played, it’s vocal, uplifting, and the message in the music is love, togetherness, standing together and celebrating who you are,” says Raven. The cultural phenomenon of house music is woven together by many threads, and the contribution from the LGBTQ community is fundamental in its foundations. “The gay clubs in America, especially Chicago, and other clubs from the early scene, are very influential in dance music and what it has become today,” said Dunmore.

“LGBTQ has a massive part to do with the foundations of house and disco music, so it’s all there in the spirit of the music played at the party,” Raven said. A part of Glitterbox’s success is a credit to its spirit of openness and acceptance, combined with dynamic line-ups – it has injected the fun back into clubbing for many.

“We need these spaces so that we have a place where people can dance everything out,” Raven said. “If you go to Glitterbox everyone is jumping around, it’s colourful, with all types of people and everyone is smiling. That is the point of a night out, to have an adventure.” 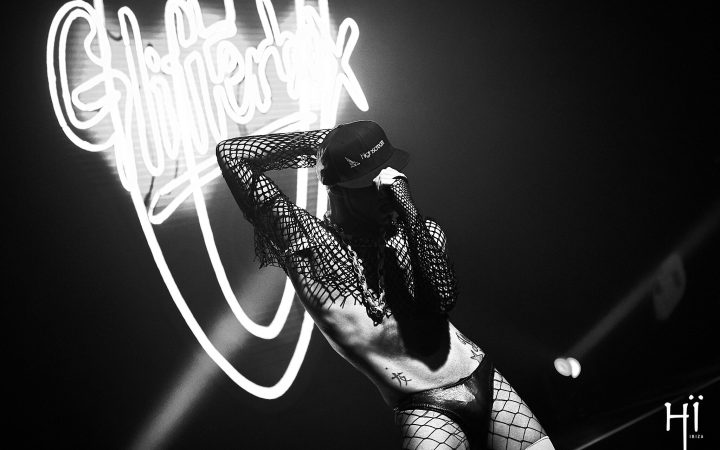 A performer at Glitterbox at Hï Ibiza [Defected Records]

The idea of creating safe-spaces in nightclubs may appear to be a relatively recent phenomenon, however, if you take a look back at house music’s heritage, the inclusiveness of its parties was a fundamental part of its foundation.

Much of the genre, and the nightlife that both inspired and defined it; was created by people of colour, and members of the LGBTQ community. Clubs like Paradise Garage were a place for people to enjoy music without judgement, and to find their own communities when they felt marginalised on their own. Therefore, parties like Glitterbox are replicating that spirit that many feel got lost along the way.

“I just think, that the coming together of people and dancing to a rhythmical beat is something that is just inherent in people,” says Dunmore. “Thousands of years ago cavemen gathered around a fire and would bang a log in a drumming fashion around a fire, which is really not so different to listening to house music with a strobe light all these years later.” 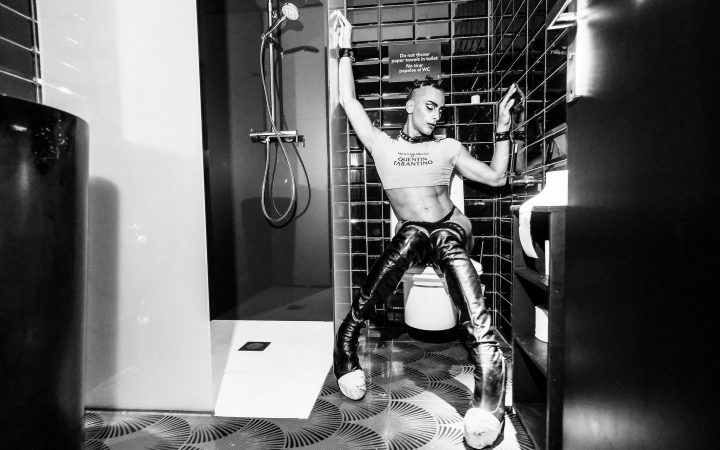 If what Glitterbox is doing is exploring this innate need to dance to a beat, and feel togetherness and acceptance, then it would appear to be working. Whilst its early parties had an older crowd that had lived through the music played the first time around, the varied line-ups and exciting production have brought the music to a new generation of fans.

“The party attracts a certain type of hedonistic, open-minded, music obsessed clubber,” says Dunmore. It is these clubbers that will begin to shape the future of nightlife.

While the techno and EDM parties of Ibiza may reign supreme for now, Glitterbox shows that there is the market for a different kind of party both in Ibiza and across the clubbing spectrum.

All images courtesy of Defected Records.