Just metres away from this indulgent metropolis are large council estates, housing many families that are “just about surviving”  the poverty-stricken lifestyle they were born into.

Ruth Hayes, 58, is stepping down from her role as the co-director of Islington Law Centre (ILC) this spring, after holding her position for over 18 years. She has raised concerns that poverty levels in the North London borough are the worst she has ever seen. She warned that residents of Islington are struggling to pay for their basic living essentials such as food and electricity.

According to Trust for London, a charity that aims to tackle poverty and inequality across all London boroughs, Islington has the fourth highest rate of child poverty in the UK with 38% of children living in households with staggeringly low incomes.

“Nobody in the UK should be left literally starving. We are not at war. We do not have natural disasters – there are no excuses for it.”

“A number of people have children, and I think that they are just struggling against all the odds. I see people with no income, no utilities and no money for basic bills,” Ruth said.

As a resident of Islington for almost four decades, she has noticed the rich-poor divide widening and stated that the consequences are “damaging” to our society. “Islington has a lot of nice restaurants and bars, but only a matter of metres away from that are people are living on the breadline.”

Despite acknowledging that the government is under pressure to reduce spending of local authorities, she strongly believes that: “Nobody in the UK should be left literally starving. We are not at war. We do not have natural disasters – there are no excuses for it.” 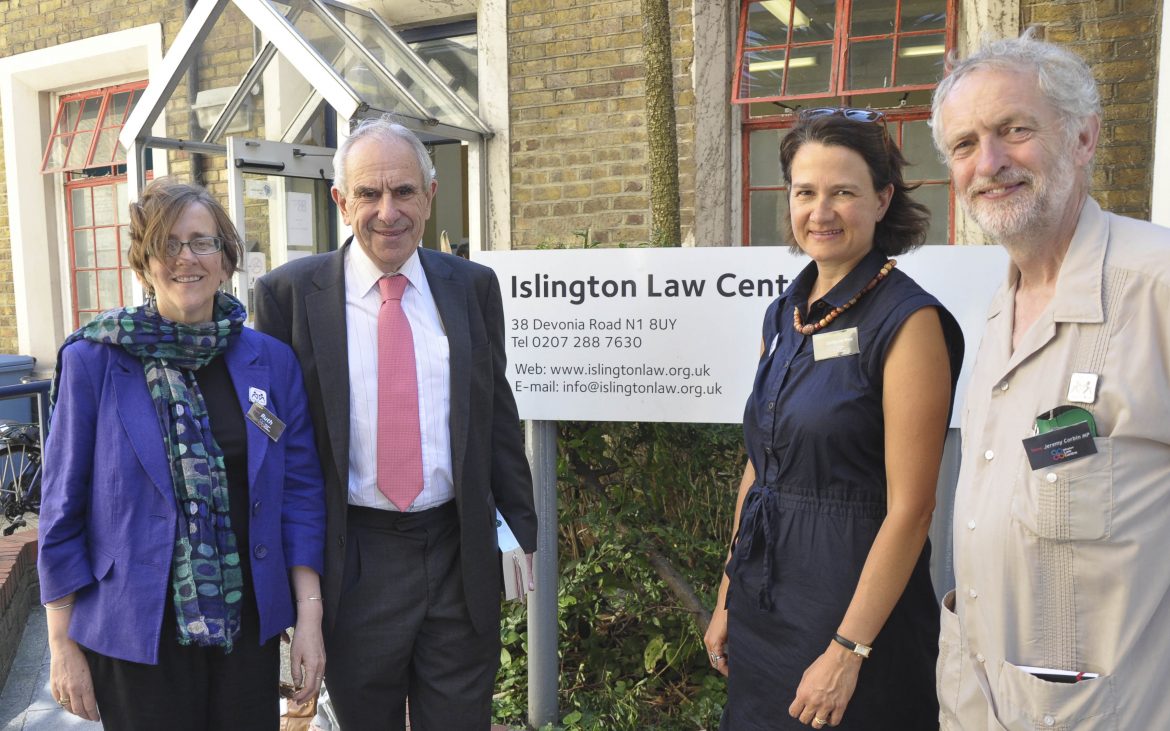 Since the financial crisis in 2008, Ms Hayes believes that the economy has not quite yet fully recovered, with local spending cuts predominantly affecting middle and lower-income families. “Government policies and cuts to local services are having a long-term impact on the lives of residents in the area,” she said.

Ms Hayes has witnessed cuts to the Ministry of Justice, Social Housing, Youth Centres, Benefits and a noticeable rise in insecure wages causing “overwhelming” implications on the local community.

“The social security system provides less of a safety net. We [ILC] have had to fight so people can retain a home, but this can be challenging when the government keep deciding to cut our budgets,” she stressed. 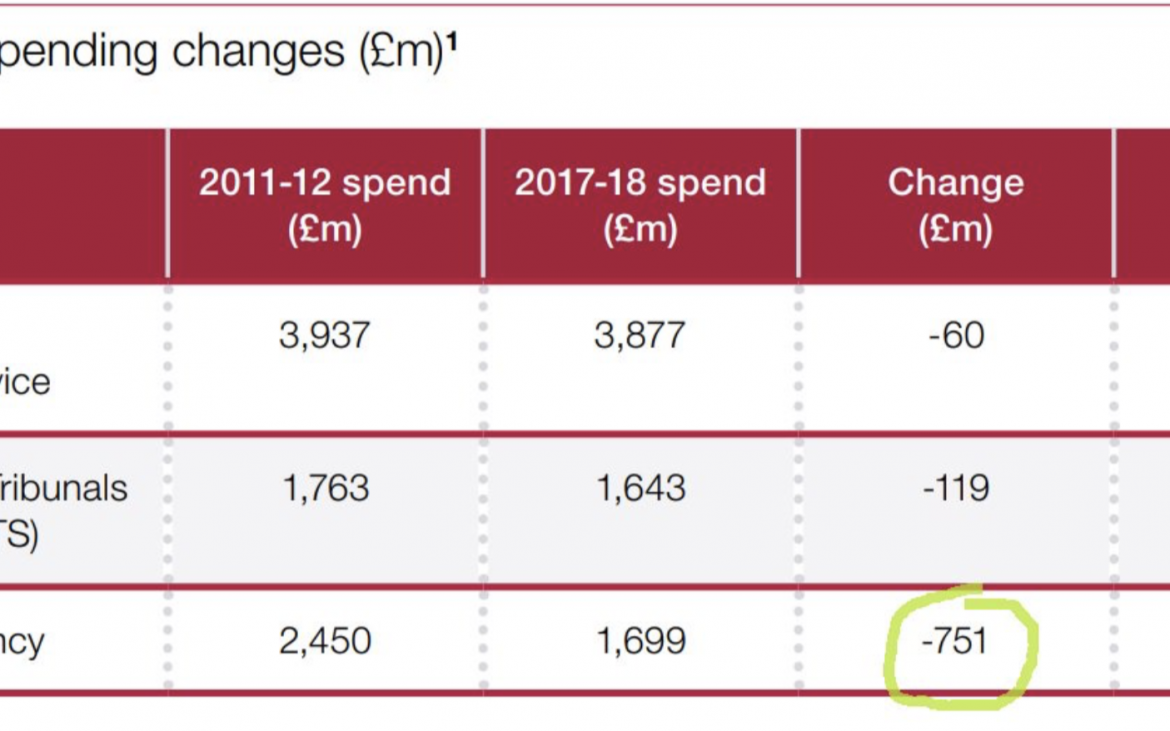 Ella Barnes*, 24, continues to sleep on her dad’s sofa every night in his one-bedroom council flat, as her attempt to be rehoused has proved to be an impossible task. “It’s so stressful because I need my own space, but it would be impossible for me to afford to rent privately in Islington on my wages.”

To be housed through Islington Council’s housing scheme, an applicant is awarded points according to the priority requirements set by local authorities. “[Islington Council] have given me 110 points which isn’t even enough to bid, so I’ve got no chance of getting anywhere. They said I am not [a] priority because I am not disabled and I don’t have a child,” she stressed.

“They would go and sell a bit of weed to earn enough to money to pay for things like food or a bit of clothing.”

An individual needs 120 points to be able to bid for properties, and according to the Housing Allocation Scheme, the average points required to qualify for a small studio flat is 150 points. Long-term residents are likely to be given 100 points for ‘residency’. However, extra points are rewarded for overcrowding, disability, homelessness and waiting time.

Ms Barnes is under the impression that her case is repeatedly being disregarded and believes it has a negative impact on her daily life. “It ruins my day, every time I talk to them [Islington council], I cry a lot about the situation, and it makes me feel really depressed – like I want to just give up,” said Ms Barnes as she struggled to choke back her tears.

Francesca Watkins*, 29, moved away from her family in Islington to live in Essex in 2018, after succumbing to the fact that she will never be able to afford private rent locally. “The advice [an Islington Council housing officer] gave me if I ‘ever was to stand a chance’, was to either give up my job, have a baby and claim I was a single parent; or become homeless – I mean it’s crazy!”.

Since her late teens, Ms Watkins went “back and forth” with the Islington Council housing department, until she eventually gave up her fight to be housed. “It was like banging your head against a brick wall, and I was getting nowhere. The worst part is, It’s like they literally don’t care,” she said regrettably.

Alongside increased poverty levels in Islington, crime levels in the borough are also showing no improvements, according to the Met Police. Within the first month of 2019, a 17-year-old boy named Nedim Bilgim was fatally stabbed in the Cally, an area of Islington notoriously known for its large council estates and youth gang culture.

Stephen Griffith, 53, who runs the youth club where Nedim was a regular attendee, feels that the government need to be more “creative” with their decision-making to tackle poverty and do more to get to the core of the issue to prevent crime from happening in the first place. 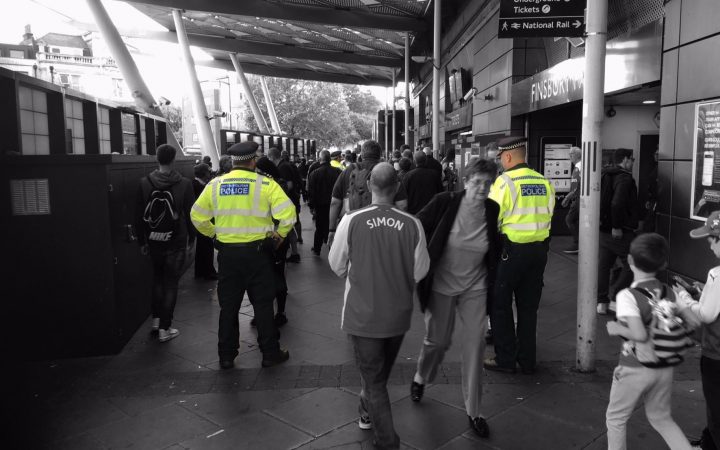 “It’s becoming more difficult for young people to get secure jobs,” said Griffith. “Most of them [young people] don’t want to apply for benefits because they don’t want to go down that route.”

In his 18 years as a youth worker, he feels that the rising incidents of gang-related crimes in the area are happening as a result of young people being unable to break out of the “poverty-trap” they were raised in. “I am not saying it is right, but rather than go through all the hassle of getting benefits, which doesn’t always necessarily cover basic living needs, they would go and sell a bit of weed and earn enough to money to pay for things like food or a bit of clothing,” he said.

According to Griffith, who leads the Copenhagen Youth Project, around 50% of young people that attend his services are struggling to get by in their daily lives. “Once they get into that world of selling drugs, it’s hard to get out. It can lead to more violence, more deaths; which leads to more young people becoming desensitised and they end up not caring what they do – and then they give up,” he said.

“It becomes a downward spiral, and it doesn’t stop. I see a whole layer of society who aren’t cared for,” said Griffith, who emphasises the negative impact of knock-on effects that poverty can have on the younger generation. “Some people just turn a blind eye to it – how little we know about the people living beside us… it’s like like they are a drain on the country,” he said.

Although Ruth Hayes will no longer co-direct at Islington Law Centre after she departs in April, her passion for improving the Islington community continues. “Some issues are structural issues that need bigger change, that individuals alone can’t achieve,” she told us.

“It’s the long-term impact of government policies over the years like the lack of investment with council housing has lead to people being forced out of the area where their families live. Wages haven’t been picked up after the crash, people can’t get a stable job, and they are forced into the informal economy of criminal activity,” she said.

Stephen Griffith emphasises the importance of preventing poverty, “part of the solution is preventing it. We need to create infrastructure for people to get jobs,” which he believes plays a main factor behind why young people in Islington resort to crime. It means collaboration, working together and the government being creative and working on understanding the community better.”

Ruth Hayes acknowledged that the rise in poverty can be “overwhelming”, but she admires the positive initiatives that Islington provides and believes that residents should use those services to embrace that.

“I would like to see local residents to continue sharing their experiences, supporting people and campaigning for change,”