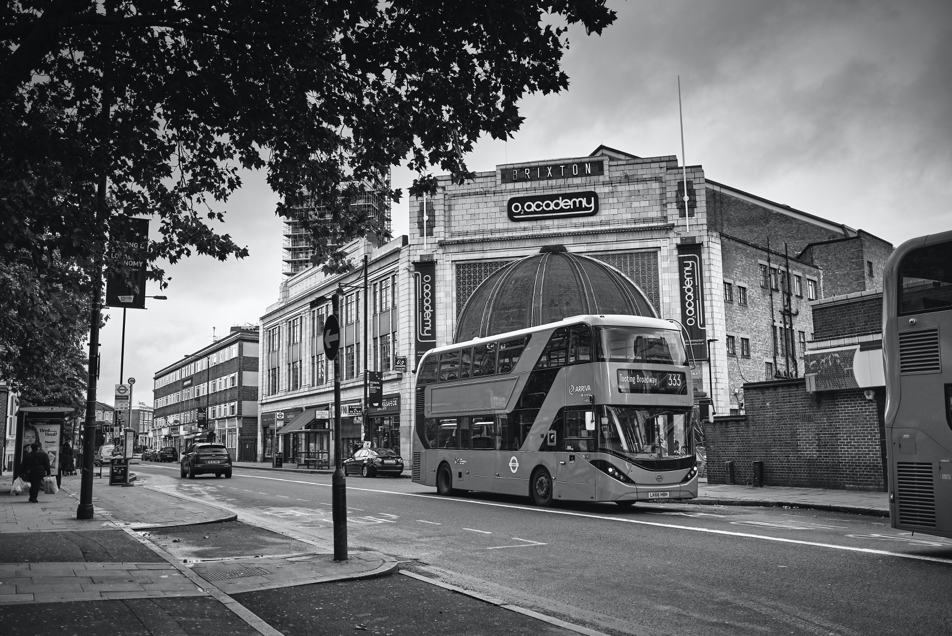 Despite thousands of objections, the Lambeth Council Planning Applications committee has approved plans to build a 20-storey tower block in the middle of Brixton.

The office block is set to go up on Pope’s Road; it’ll be connected to a nine-storey block and includes community space and public square. The vote was in favour of the tower by a narrow margin – just four votes to three. 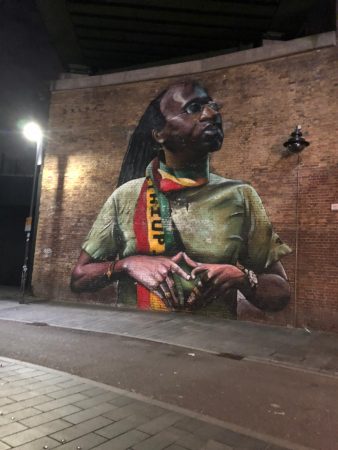 A mural of Michael Johns by Dreph on Pope’s Road, where the tower would be built. [Jemima Ryde]

The developer of the tower is Hondo Enterprises, a property investment, development and asset management company based in Central London.

Hondo are already well known among the Brixton community, having previously been on the other side of a successful campaign to save Nour, a family-run cash and carry in Brixton.

It is headed by Texan DJ Taylor McWilliams and already owns large chunks of Brixton, including Brixton Village, Market Row, Lost in Brixton, most of Pope’s Road and Club 414. The development of the Hondo Tower is backed by $38 million (£27.8m) New York-based hedge fund Angelo Gordon.

Hondo claims that the tower will provide 2,000 jobs for Brixton and £2.8 million a year for the local economy.

However the plans are being opposed by No Hondo Tower, a campaign group who have created an online petition which has gained nearly 8,000 signatures. They document their campaign on their Twitter profile.

In a November press release, they said: “Lambeth Council has approved plans for an enormous 20-storey speculative office block to be constructed directly above Brixton Market and right next to the Brixton Conservation Area, a place which has national significance to the history of black British culture.”

More recently, No Hondo Tower has launched a crowdfunding campaign as their next move to fight against the tower. The campaign is published on the CrowdJustice platform, an online fundraising platform specifically designed for legal action.

Campaigners assure supporters that “the decision can still be overturned: via separate appeals to Mayor of London Sadiq Khan and the Secretary of State for Housing, Communities & Local Government – and by further legal action. 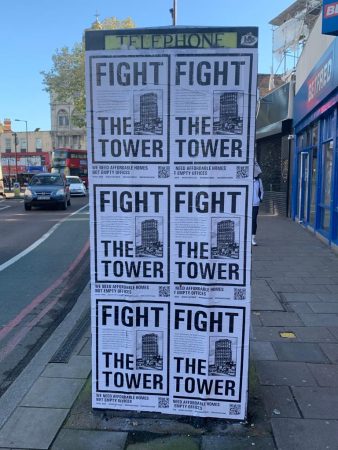 Campaign posters have been put up around South London to spread awareness of the ‘fight against the tower’. [Lola Bond]

“The #NoHondoTower campaign has instructed solicitors from law firm Leigh Day to pursue next steps for the campaign against the tower.”

As well as community objections, the tower is alleged to be in contravention of Lambeth Council’s own policy on building height. Furthermore, opponents say it doesn’t comply with Building Research Establishment (BRE) guidelines, doesn’t meet a sufficient BREEAM energy and sustainability rating and they add that there is little evidence of demand for office space in that area. All of these claims are refuted by Hondo.

Furthermore, Lambeth council recently became the first London council to declare a climate emergency. Campaigners for No Hondo Tower say: “The sheer bulk and form of the building would be inherently energy inefficient. The tower would dwarf and undermine the neighbouring buildings, businesses and markets that make Brixton such a unique place.”

The majority of comments on the initial application opposed the plans; there were 1,891 comments objecting compared to 262 comments in support, this, alongside the online petition against the tower, proves the residents’ disapproval of the proposed building.

One local resident, Harrison, walks past Brixton Market every day on his route to work. “It’s one of my favourite things about living in Brixton: the vibrance, the community, how unique it is. It’s a rare kind of atmosphere that you don’t get in other parts of the city.

“Built-up places in central are so different, it’s almost robotic, like everyone is following a regimented structure, and building this tower is just the start of transforming Brixton into places like that. Once one office block goes up, another follows, until Brixton as we know it is no more.”

A big concern for some residents is the appearance and size of the tower. Paula, who has lived in Brixton for 25 years, said: “It would take over the surrounding area – the market, the Rec, Pop Brixton, all of these places that give Brixton its character would be changed forever, just because of this one tower. The size alone would make it the most dominating building. It’ll stick out like a sore thumb.”

“Instead of listening to the requests of huge developers, the council should be interacting with the local community and acting on their pressing issues.“

In a time when working from home is becoming more and more common, the need for office buildings, especially in an area not traditionally known for office workers, is now up for debate. Another Brixton resident, Sian, said she hadn’t come across anyone from the area who thinks they need an office block.

“I’m surprised that housing isn’t more important. The need for an office block is just not there, now more than ever. I might have been more supportive had the application been for residential purposes, given that Brixton is a popular place for young professionals to live. But I cannot get behind a 20-storey office block that probably won’t even be used to its full capacity.”

Residents believe that this is just another contribution to the gentrification of South London. “This is just an attempt to drive out our established communities. Instead of listening to the requests of huge developers, the council should be interacting with the local community and acting on their pressing issues.

“Before we know it, rents will be pushed up and local business will be pushed out – the uniqueness of Brixton would be no longer. We do not want or need a domineering office block. This tower does not belong in the heart of Brixton.”

Hondo defends the tower, saying: “The Pope’s Road development will be a landmark building and the design is of the highest quality, led by world leading designer Sir David Adjaye, who has drawn inspiration from architecture in Brixton,”

Responding to the community concerns, Hondo told Artefact Magazine that they plan to set up a community liaison group “which will look to identify and map how the local community can feel involved within this project including engagement through the community space.”

The company claimed that the proposal received support from over 1,000 residents, predominantly from the local area, and a large percentage of current Brixton market traders.

Hondo’s reponse to this story has been added, after they replied to our approaches. The paragraph outlining community concerns about Council and BRE guidelines has been updated to include the company’s response to those specific allegations.