There is £10 billion of coronavirus-related household debt in Britain, according to a recent StepChange survey.

We have seen a new level of financial insecurity with more people using food banks, taking out loans, falling behind on payments, and ultimately reaching a level of financial desperation that is reminiscent of the great depression.

The ethics of debt repayment and government handling over financial hardship is under scrutiny, as weather conditions become extreme, and we see those queueing outside food banks for hours in snowy conditions.

The Trussell Trust saw that more than half of the households using food banks over the summer were living with mental health issues- and owed the government money. 73% of those on Universal Credit were paying back advanced payments to the government.

Emma Rieve, chief executive of The Trussell Trust has called for the government to “pause taking money from benefit payments over the winter months until a more responsible and just system that offers security and support is in place,” in an effort to ensure those on the lowest incomes are able to keep their benefit money and unload strain from overwhelmed food banks. 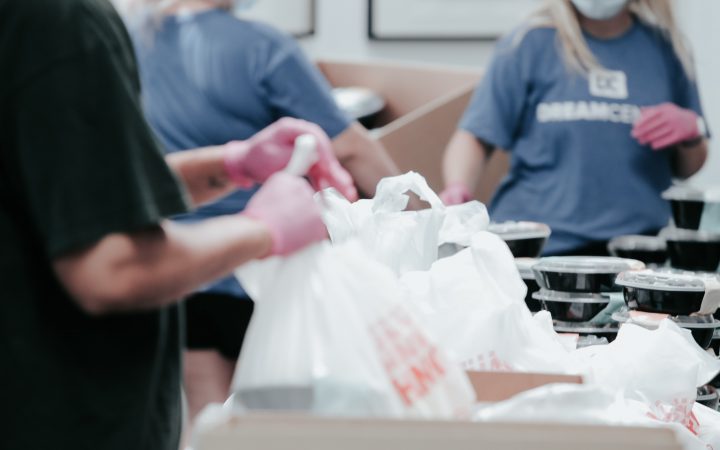 As a response to this, there has been an introduction of the ‘Breathing Space’ scheme by the government in an attempt to delay immediate debt recovery enforcement and allow for time for those in deep financial difficulty to be professionally advised of their options and steps they need to take.

CEO of the StepChange Debt Charity, Phil Andrew, said: “Around two in five people who turn to us have an additional vulnerability on top of their debt – and for half of them, that vulnerability is a mental health problem.”

Money lending operations such as Klarna, a buy now pay later scheme, have recently been subjected to some criticism about the ethics of lending money on credit as they are accused of being exploitive- taking advantage and targeting those who are financially insecure during a pandemic.

In December 2020, the Advertising Standards Agency (ASA) banned promotional material on four Instagram influencer accounts due to a violation of standards.

The ASA concluded that the users were ‘irresponsible’ for encouraging followers to use Klarna, as their sponsored posts claimed that it would “lift their low mood” during the heights of the pandemic.

The most worrying rise in money lending is the temptation of illegal money lending, which dangerously opens a door for the opportunistic operation of ‘loan sharks’ to thrive. A loan shark is someone who lends money as a business without the correct permissions granted by the Financial Conduct Authority (FCA).

Artefact spoke to ‘Stop Loan Sharks’ about the work they’ve been doing in combating this illegal practice and discouraging those desperate, and tempted to go down this dangerous route.

“A loan shark can be anyone – they might be a friend or acquaintance – or they might simply be someone known around your area for lending money,” Dave Benson, a spokesperson of the England Illegal Money Lending Team, told us.

Covid has changed the way they operate, with traditional tactics such as meeting their victim at the pub, or the community centre no longer allowing them to thrive in an organic setting, they have adapted to using social media in a bid to lure victims in.

“One in ten people met the loan shark on social media last year,” Benson said. “Loan sharks are turning to social media platforms such as Facebook, Instagram and Snapchat to hook people into a cycle of dangerous debt. They are advertising their illicit loans on community groups and local selling pages.”

With no affordability checks or paper work, the heights to which the shark is able to take advantage of a victim is uncapped.

“Loan sharks charge extortionate interest rates and often intimidate, threaten and trap vulnerable victims in a cycle of fear and violence. These criminals may seem friendly at first but borrowing from them can have serious consequences,” Benson told us.

“Some lenders have been known to take a victim’s passport, driving licence, benefits, and bank cards as security for the loan,” Benson explains. Not only is a victim’s personal identity taken, but in some cases, when they’re unable to pay a loan, victims are forced into criminality and/or prostitution and sexual favours as a way of repayment.

Online shaming has become another tool used to reprimand those unable to pay – those going to an illegal money lender may be doing this secretively, and blackmailing a victim into threats of telling their partner, or boss is a further concern.

The cycle is vicious. With borrowers not knowing the interests they’re being charged, no record of paperwork or repayments, the shark is able to keep coming back for more and more money, with resorts to violent intimidation if their victim objects to the exploitation.

Anyone can fall victim as those in deep financial stress may not be able to get a conventional loan from the government, or bank. As options fall short, the opportunist sharks present an option. The amount the borrower owes will continuously grow, regardless of the repayments they make.

“Loan sharks target all demographics – those with no savings, access to credit, and a limited support network are most at risk. We’ve had people ring our helpline and say they’ve been involved with a loan shark for years and they’ve never had an issue and now they’ve lost their job and can’t afford the repayments, the loan shark has turned nasty and increased threats,” Benson says.

Stop Loan Sharks advises that those who are struggling with finances go to credit unions for a safe place to gain advice and support. Organisations such as  Citizens Advice, StepChange, and the Money Advice Service are also available to freely advise on debt management.

Whilst it’s very likely that covid could see a huge uprise in illegal money lending, on average, it takes a victim three years to come forward- so we may not see the full consequences of the exploitive practices happening today, until much further into the future.

Dave Benson says the answer is simple: “Don’t borrow from loan sharks, they will only make your life a misery.”

If you have been involved with an illegal money lender and are concerned you can contact the team in confidence on 0300 555 2222 or visit www.stoploansharks.co.uk