We all know sleep is vital, it’s in our nature. Since being children, we are told that we need an adequate amount of sleep in order to grow big and strong.

But the study of sleep itself is very interesting. Our sleep can affect us so much whether its physically, or mentally.

This is the first article of a two part series in which I will be exploring the science of our sleep and sleeping habits, mine in particular.

I’m sure we all have seen those internet memes regarding the topic of sleep, how as adults many long for the time for some shut-eye during the day, whereas our younger selves would resist sleep.

Full circle moment perhaps? Anyway, the most common sleep cycle, which the majority do, would be to sleep for seven to nine hours at night and it is said to be most suitable for those who work a nine-to-five job. This pattern is known as the Monophasic cycle.

Another commonly followed sleep method is called the Biphasic Cycle, in which individuals would sleep for 5-6 hours per night, followed by a nap at midday.

The Biphasic Cycle is most commonly followed by those who live in the Mediterranean, Latin America, and also speaking from personal experience in South East Asia. Biphasic sleepers are usually those who have no trouble falling asleep at night because of the midday nap.

Growing up in the Philippines, this is a very common sleep cycle, which has been implemented in me for as long as I can remember, though I mostly follow the Monophasic Cycle now, as it is most suitable for my lifestyle.

Some of the less followed sleep cycles include: the Everyman cycle, which involves 3.5 hours of core sleep at night, then three 20 minute naps throughout the day. The last two are more extreme methods, which many do not find to be suitable or sufficient enough for their schedules.

The Dymaxion Cycle gives individuals two hours of sleep in total, this is done by taking four 30 minute naps spread throughout the day. Lastly, we have the Uberman cycle, this requires six to eight 20 minute naps. 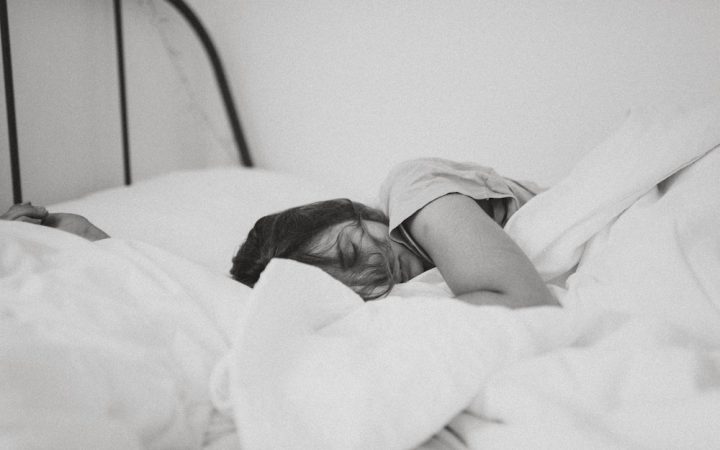 Now, of course, our lifestyle and what we do day to day will determine how we sleep. An example would be desynchronosis otherwise known as jet lag. This occurs when we travel and cross into another time zone. It is a very common physiological condition that is due to the disruption of our normal body clock, thus disrupting people’s sleep cycles.

I was curious to see how others slept, whether they followed the more common sleep cycles or not. So, I used Instagram to conduct my research. Most responses I received said that they follow the Monophasic Cycle, though not following the recommended guidelines for hours of sleep – they sleep six or seven hours instead. Some have said that their sleep tends to alternate between the Monophasic Cycle and the Biphasic Cycle, claiming that this all depends on their schedules for the day.

That being said, the individuals I had spoken to were students and or in a similar age group to myself, and therefore left me wondering how the older generation slept.

Growing up, I had always noticed that my parents would go to sleep at around the same time every night, wake up the same time the following morning, and appeared to have no issues getting some slumber.

Now as for the younger generation, we know that the children’s sleep schedule is very important, and not just for the parents to have some quiet time!

Studies suggest that kids who get satisfactory sleep at night will grow to develop a good attention span, memory, behaviour, and it also contributes to the benefit of their mental and physical health.

Personally, throughout the years, my sleep pattern has been very rocky. Some nights I would be wide awake at 4:00am, listening to birds chirping outside my window.

But then I’d also experience a period in which I would do nothing other than sleep. It became difficult to leave my bed, having to force myself up, then feeling guilty for not being able to do so. These are the two sleep cycles I experienced.

When it came down to my inability to sleep, it took numerous Google searches before I had found a few tips and tricks to help me doze off. The first being one that I’m sure most are aware of, which is the power of lavender.

Lavender is known for having calming and soothing properties. I began purchasing products with the scent of this aromatic plant, such as shower gel/bubble baths, lotions, and I even invested in an air diffuser to drop some lavender essential oil into.

Now whilst they did help, it wasn’t a significant amount, and soon enough there I was wide awake at 4:00am.

It wasn’t until I found this pillow spray. After reading the reviews, the majority of which being positive, I was left rather optimistic. It wasn’t until I had awoken the next morning after spraying this on my pillows that I realised I had fallen asleep without me even realising.

Another thing in which I have incorporated into my spending habits is purchasing new pillows every so often. Once they have become flat, and essentially lifeless, I replace them. I find that this has also prevented me from getting horrid hereditary migraines, and aching neck muscles.

However, the main thing which has helped me is recognising the intimacy of sleeping next to someone. In particular my partner, I found that the warmth of another person, the sensation of him next to me makes me feel at ease, being able to fall asleep in his arms has brought me a new level of comfort.

With all that being said, there are numerous factors that contribute to one’s inability to fall asleep at night. It may be due to issues such as anxiety, insomnia and so much more. Such reasons lead many to seek professional help, whether it’s through cognitive therapy or behavioural therapy.

Part Two of this series can be found here.

Fed up of not getting a good night’s sleep