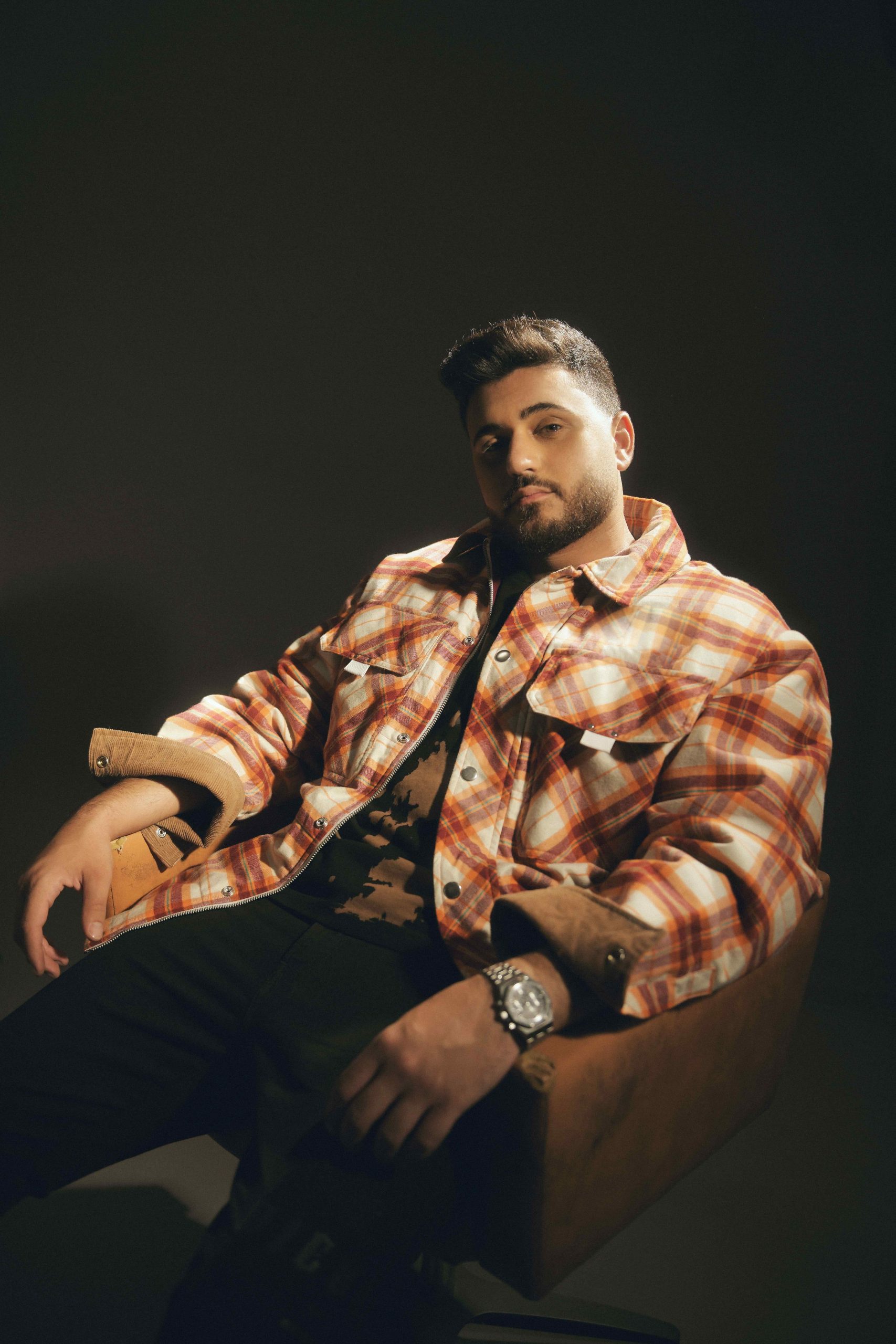 2022; the year fashion houses enter the NFT space, but this digital designer discusses how his early connection to fashion influenced his art as “the base of everything.”

Gal Yosef or Galy (@galyosef) is one of the top NFT and digital artists in the world. With impressive accolades including Autodesk’s Artist of the Month in June 2020, his designs have been shaking up the worlds of art, fashion, finance and tech. His career highlights include collaborating with music industry celebrities such as Justin Bieber, on his clothing line Drew House,  A Boogie Wit Da Hoodie, as well as co-designing an NFT in collaboration with DJ Steve Aoki sold by Sotheby’s for over $214k. According to Eden Gallery, this was the auction house’s “first foray into the world of crypto art, and the first-ever NFT to be sold on the famous art and luxury marketplace.” Additionally, Gal’s collection Crypto Bulls Society sold out on release  (all 7,777 NFTs), raking in a total $50 million in sales and his designs featured in galleries around the world as well as at Art Basel Miami. Having recently moved from his native country, Israel, to New York City and becoming the first 3D artist to work with accredited international art gallery Eden Gallery, he has recently launched Meta Eagle Club which sold all 12,000 NFT’s in 24 minutes for over $14 million.

The year 2022 has seen NFTs continuously gain momentum, snowballing into a much larger concept. What feels like nearly every celebrity, brand or company is making moves to be a part of it. Since the concept is so new, many still don’t understand what they actually are, nor their application and, perhaps most importantly, why everyone is talking about them. What exactly are NFTs? NFT is an abbreviation for non-fungible tokens, but what does that mean? ‘Non-fungible’ essentially means that it is unique, one-of-a-kind and thus, cannot be duplicated. For this to work, NFTs must exist on the Ethereum blockchain. While Ethereum is a cryptocurrency, according to Euromoney the blockchain is “a system of recording information in a way that makes it difficult or impossible to change, hack, or cheat the system.” Why pay money to own just an image of a piece of art? The Verge explains the concept by stating that “NFTs are designed to give you something that can’t be copied: ownership of the work (though the artist can still retain the copyright and reproduction rights, just like with physical artwork). In terms of art collecting in a more traditional sense: anyone can buy a Monet print, but only one person can own the original.”

How is this relevant to the art, tech, fashion and finance worlds in 2022? According to CoinYuppie, “Many works of art are released in the form of NFTs, which are called “encrypted art” and emerge on the global art stage. In less than a year, Sotheby’s has achieved more than $100 million in transactions in the NFT field.” Essentially, NFTs allow the work of an artist, company, person or brand a way to brand their intellectual property and utilise this new-age technology to produce streams of income that simply haven’t existed before. Meanwhile, those who would purchase these NFTs have a sense of ownership from the fact they can be authenticated, protected and exclusive.

Such is the case with Gal. In addition to his own characters and designs of physical statues, prints and NFTs (such as Crypto Bulls Society, Meta Eagle Club or celebrity collaborations), he also uses iconic characters reimagined in his own interpretation, adorned with designer labels. 28-year-old Gal has a strong family connection to the fashion industry, which from an early age shaped the aesthetic of his designs. His cousin was married to the heiress of luxury fashion house Hermes, while his mother and family owned fashion boutiques in Israel where he grew up. He credits these influences as “the base of everything” in both his designs and creative process.

At the same time, during his childhood, he was inspired by characters from Disney, Marvel and Pixar. “I’m still a huge fan of iconic characters like Mickey Mouse and Bugs Bunny.” From here he was able to link together his two greatest inspirations: fashion and cartoon characters. He continues that he “started to illustrate from when I was six years old and this is where I remember, before 3D, when it was just 2D with pencil on paper, I was looking to do the right details when it’s connected to the fashion. From a very, very young age I never skipped the idea that they should have clothes and the clothes should look good.” 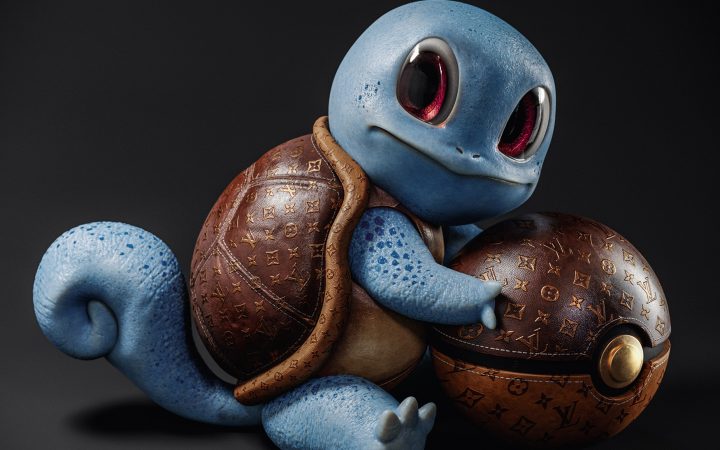 By the time he was 12, he had transitioned to 3D work, teaching himself various programs for digital art and sculpting. Even now, when starting a new art piece (whether it be an NFT, physical statue or print) Gal likes to start his designs in what he describes as the “old school”method of sketching on paper first. From there he goes on to work on his computer and machine. He works entirely alone and he does not put a time limit on how long it takes to complete a piece. He says, “if I am working on something without stopping it’s going to take a week, or two weeks, or sometimes three weeks or a month. There is not really a specific time I can tell you: Alright this is what I want to do and this is how much time it will take.” He only stops when he has reached what he describes as his own level of perfection.

“I’ve never skipped any detail. For me I have the fashion in my artwork and I also have the character in my artwork. If I skipped one of them, I would feel like part of the puzzle is missing.” – Gal Yosef

For Gal, the character itself is just as important as the fashion. If one is not perfect, it will affect the other. He states, “I’ve been focusing a lot on the character itself that is totally unique of mine and the fashion. I’ve never skipped any detail. For me, I have the fashion in my artwork and I also have the character in my artwork. If I skipped one of them, I would feel like part of the puzzle is missing.” In speaking about why he feels both aspects are just as important compared to what he has seen from other artists he says, “I have seen a lot of work from other artists that they kind of save time with one or the other. So I’m always making sure that both are perfect.” 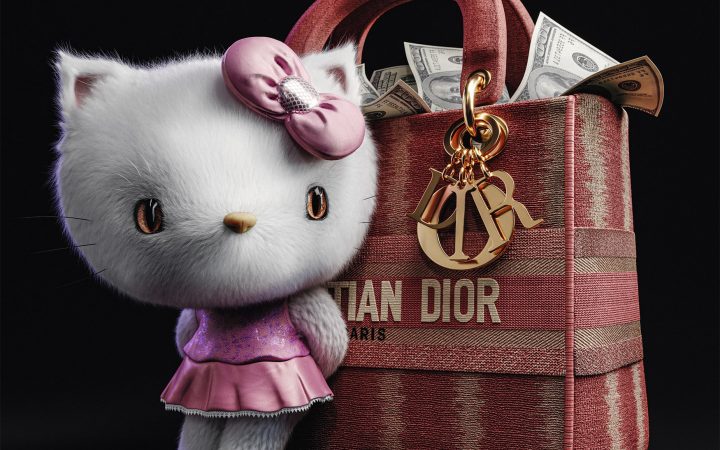 “It is the same thing as people seeing Van Gogh’s brush strokes on a canvas as Gal is doing on a computer.” – Eden Gallery London Representative

Unlike the Bored Ape Yacht Club, that despite its huge popularity garnering celebrity owners at the highest price points, the one-dimensional designs visually fall flat. In that sense it makes one not only question the appeal, but also the worth of something that could be deemed no different to any other JPEG cartoon character, leaving us to wonder  what the hype is all about? That question need not apply to Gal’s designs. The attention to every minute detail from the texture of the character’s skin, to the print on the dollar bills, fine hairs, and the lighting casting shadows makes his characters appear life-like. The quality of his designs show real worth and that you are buying real, quality art and not just an image on a screen. In visiting Eden Gallery’s London location, a representative of the Eden Gallery says, “People knew of him when we signed him to join our gallery in April 2021, but now people come specifically to see his work. It is the same thing as people seeing Van Gogh’s brush strokes on a canvas as Gal is doing on a computer.” 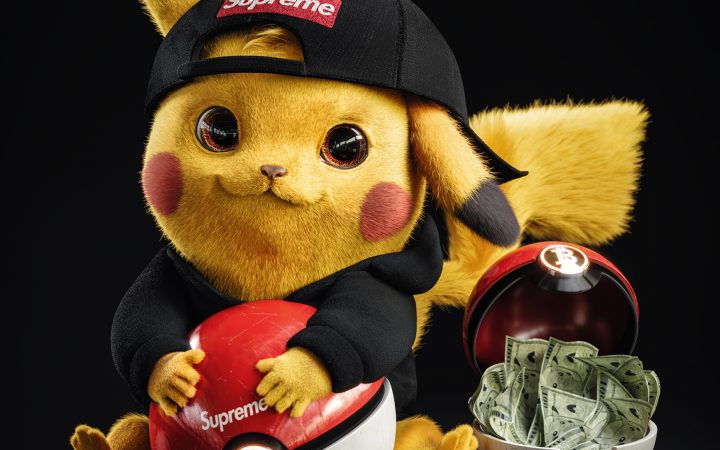 Gal’s work uses well-known cartoon characters such as Pokémon, Hello Kitty Disney and Marvel characters. So how does he avoid the kind of copyright lawsuits that have afflicted other NFT artists like“Metabirkin” artist Mason Rothschild being sued by Hermes or Nike suing StockX? Gal says he leans on Eden Gallery’s legal team for clearance from brands and characters before proceeding with any of his pieces. For example, with iconic characters like Pokémon, Disney and so on, he claims that he is legally permitted to create prints and physical statues, but he cannot create NFTs due to the characters being legally protected entities. However, with his own character designs like Crypto Bull Society and Meta Eagle Club, he has full reign to do NFTs, prints, and physical statues. Gal says that he is legally able to create work using brand logos and characters because he is not creating NFT’s copying the brands’ physical merchandise. He says, “If you do what they’re doing, you’re basically hurting their business. But if you’re doing art, they don’t do any art. So if you’re not crossing the line with them, it’s fine. But if you will do something that’s basically faking their products, this is the problem. The reason that you are not allowed to do NFTs is because they want to do NFT themselves. They can collaborate with you, but you’re not allowed to do NFTs without letting them know and getting approval for this.”

In September 2020, Gal collaborated with singer Justin Bieber designing characters used across Justin’s Drew House clothing line. Further collaborations with brands such as GCDS and Dior have followed. When asked about fashion brands entering the NFT and metaverse space like Super Plastic x Gucci or brands who have not yet or may be hesitating to like Bernard Arnault for LVMH Gal says, “I don’t think it’s their natural place for those fashion brands, but I think they need to because you know the world is just moving to the metaverse and the metaverse is going to be a big part of our lives.” He further elaborates, “These brands are doing their physical merchandise. You want to feel the fabric, you want to feel the material. When you are doing it in 3D and me as a 3D artist, I can make them feel it by looking at it.” 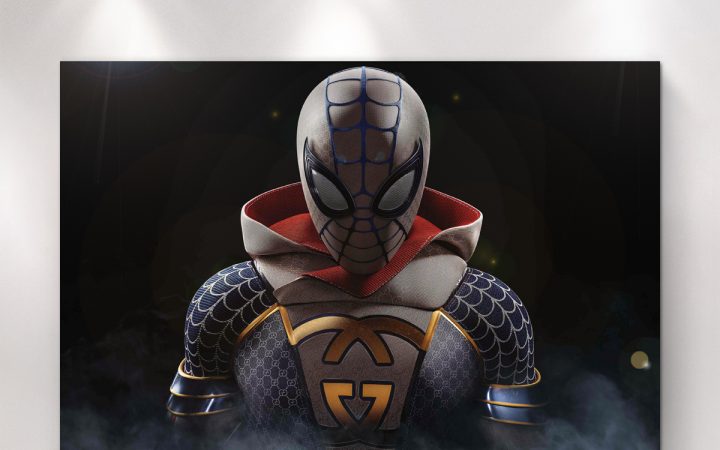 Gal says the best is yet to come with Justin Bieber and Drew House, but his primary focus is working with fashion brands. Under strict non-disclosure agreements, he is already in contract to work with well-known names in technology and fashion. While trying to contain his excitement, what he can say is that this is “Something that is bigger than everything and they want it to blow up massively when it is announced. This will be the biggest collaboration that I will ever do.” 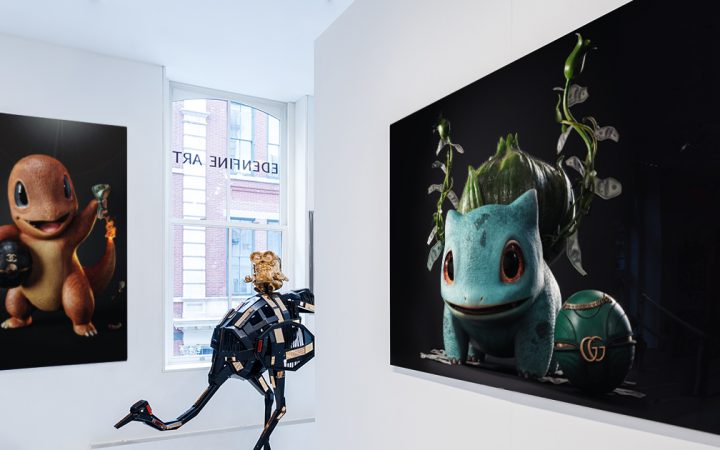 The trials and tribulations of a cosplay community