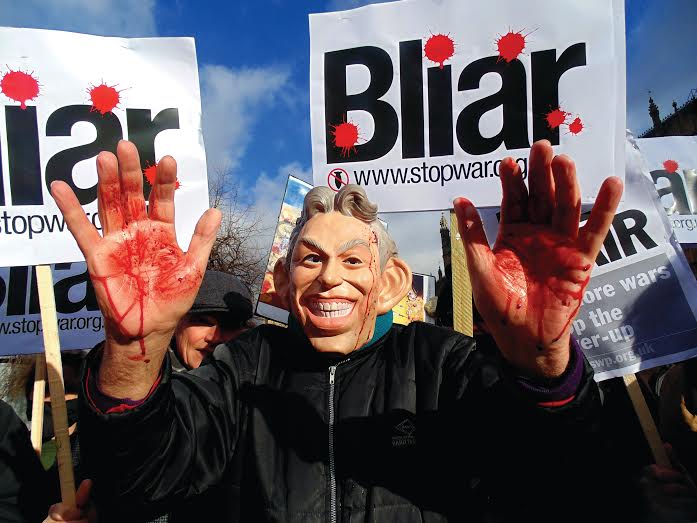 Protesters from the Stop the War Coalition gathered in front of the Houses of Parliament to voice their anger over the delays in the Iraq Inquiry – commonly known as the Chilcot Inquiry.

Several MPs anti-war groups and comedian Russell Brand have expressed their frustration about the delay of the Chilcot Inquiry, which began in 2009 as a public inquiry into

Lindsey German, convenor of the Stop the War Coalition, said: “We want to protest over the delay at the Chilcot Inquiry: it’s been six years since it was set up, it’s been four years since they stopped taking evidence so what is taking so long?

Stop the War Coalition vice-chair Chris Nineham, described the delay as “outrageous”, adding: “Individuals who have been criticised in the [process] are having the opportunity to feedback and give their responses.

“To me that doesn’t seem to be an open or acceptable way for the report to work, it is basically allowing those accused to answer in private.”

Nineham concluded: “We want the full truth and we want to know who is exactly responsible for the massacre in 2003 that Britain was involved in.”