Bryony Kimmings: Fake It Till You Make It

Male depression is one of our culture’s most concerning, and least acknowledged, modern taboos. Rarely discussed by the media and widely undiagnosed, it’s a subject that critically acclaimed UK-based performance artist Bryony Kimmings is tackling in her new stage show Fake It Till You Make It.

Taboo subjects and cultural anomalies are running themes in Kimmings’ work – previous show Sex Idiot was a hilarious first-hand critique of 21st century sexual misadventure, whilst 7 Day Drunk took an enthralling and unapologetic look at her own issues with inebriation.

Often autobiographical and based on real-life social experiments, her latest work Fake It Till You Make It is no exception, dealing with the evolution of her relationship with Tim Grayburn, who confessed six months into their partnership that he suffered from clinical depression, something he’d admitted to nobody for six years. As Bryony explains:

“The show is a true story and a love story… urgh, sorry gross! It’s based around a series of recordings made in our lounge in London where Tim and I talk candidly and in depth about his history with chronic depression. The story spans eight years. It’s a mix of recordings, monologues, dance routines, songs and stupid acts.

“We’ve tried our best to help the audience through it, hold their hands, by balancing it out with lightness as much as possible. A dark show about depression is fine, but it’s also not challenging, true to life or interesting to us. Life is a balanced and nuanced thing and even when Tim has dark suicidal thoughts we can still piss ourselves at what the dog does.” 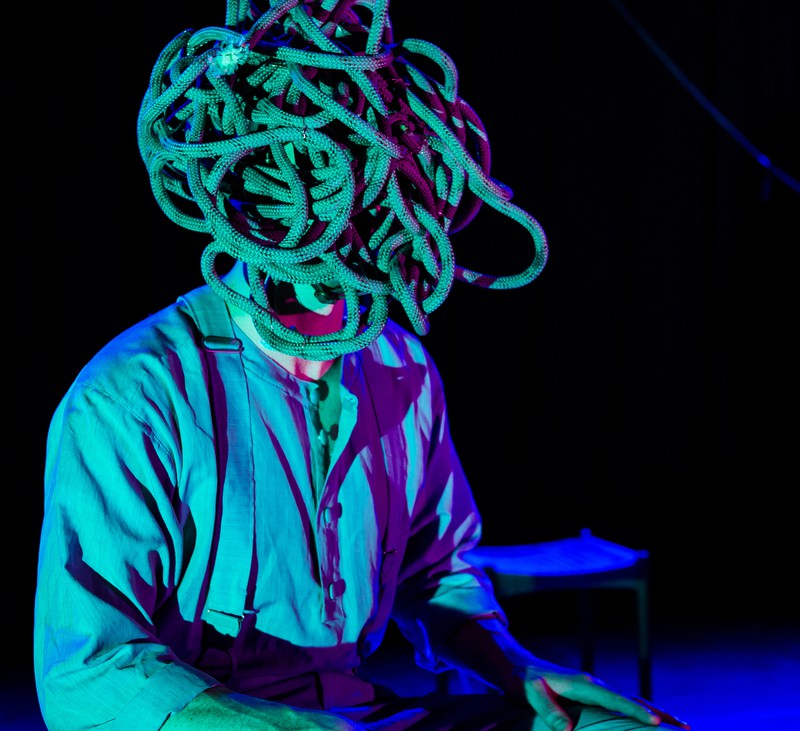 Fake It Till You Make it

“So it was intended that it felt like a real experience, one where the audience and the performers are just human beings trying to make sense of the universe, not a relationship where one party has the answers and the other has to figure it out – that would get on my nerves.”

The show came to life in December via a successful Kickstarter campaign, before Bryony and Tim upped sticks to Australia for pre-production, with a string of shows currently taking place in Perth, Adelaide, Melbourne and beyond. The tour returns to the UK for Southbank Centre’s Festival of Love and Edinburgh and Dublin Fringes for Summer 2015.

She said: “I only use Kickstarter when I think I would fund the request. It’s not a platform that should be used just to take a show to Edinburgh or to pay for your boob job. It is a collection of people coming together united over a project and a theme.

“The same goes for this project. We are constantly aware that the story we are telling is lots of people’s stories too and that people love my work and have a connection with this mental illness.

“So it was money to make the show, move the show around the world and fund the education part of the project. I have already thanked every single one of the supporters but, of course, thanks to them again. We’re currently writing them all postcards and making the personal video messages bought – so it’s a long term relationship and I think it has to work for both sides. I am a massive fan girl so I know what people like access to.”

Hearing other people’s stories and experiences and now re-telling her and Tim’s, Bryony has become acutely aware of the issues surrounding mental health, so how does she feel about current attitudes towards the subject in the UK?

“It’s both a terrifying and hopeful picture,” Bryony explains. “I feel that we have reached a critical mass in terms of stats and facts being ignored. Some amazing things have happened just over the past year that give us hope. Parity of Esteem is a huge NHS project that seeks to balance out the inequalities in both treatment and diagnosis of mental illness; it seeks to rectify the stigmas attached to problems with the brain… ones that have been left unaddressed for too long.

“Time to Change is an excellent initiative by MIND and Nick Clegg is being so excellent (I have never said that before) around making suicide obsolete. He understands that the problem we face is that suicide, more than often linked to mental illness, is the biggest killer of men under 50 in the UK now. Not cancer, heart disease… suicide.” 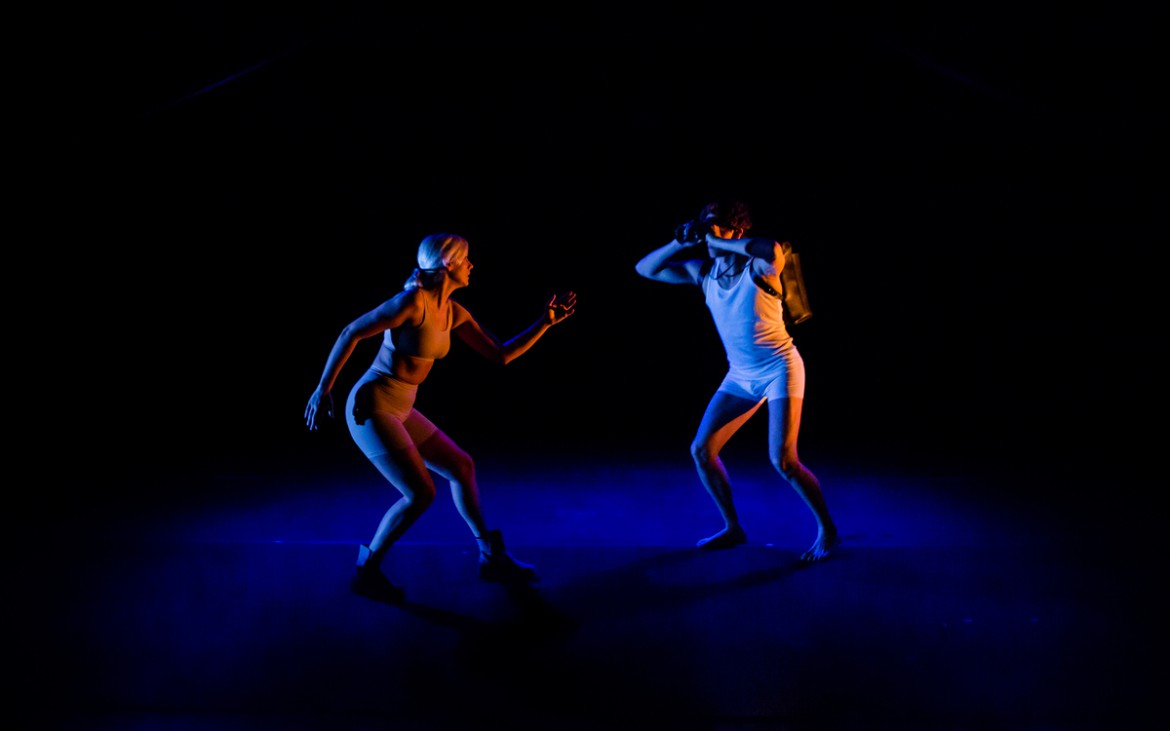 Fake It Till You Make It

“There’s a huge way to go, particularly around men and mental illness and the macho culture we breed into our boys that don’t sit comfortably with the crying disease. If governments and charities are super motivating then I think it won’t be too long before a cataclysmic shift in public attitude must follow.

“I think 2015 is the year of mental health awareness like 2013/14 was the year of feminist awareness. Just look what is happening with the wonderful honesty of [former footballer] Clarke Carlisle.”

Central to the impact of Fake It Till You Make It is Tim’s honesty when confronting his mental health problems. It’s a sobering and surprising fact that before hitting the road with Bryony, he was an account manager at a top London advertising firm, a powerful role in a successful, creative industry.

I ask Tim how difficult the decision was to quit his job and face his demons in such a dramatic way: “The decision was hard to leave my job because I was just about to get promoted, it was a solid career, and I knew that Bryony and I are getting married and wanting kids.

“It was a tough decision to make as I was comfortable. That being said I’m not afraid to do something new and it means a lot more to me to be part of the important cause of early intervention in depression cases. I feel that is my job here in this project.

“I am making this work, wearing these costumes, dancing with my mad girlfriend and doing all these interviews, talks and shows in case I find myself eight years ago, or someone that might be able to better identify a young man, or anyone really, struggling and hiding it. Hiding mental illness is very dangerous, can lead to suicide and is much more important to me than advertising.

“Opportunites like this don’t come around very often. I love new experiences, and this one is so perfect. I have’t figured out whether I will go back to ads as yet. But it’s certainly given me a clearer moral persecutive. I am using my year with Bryony to think long and hard about the future.” 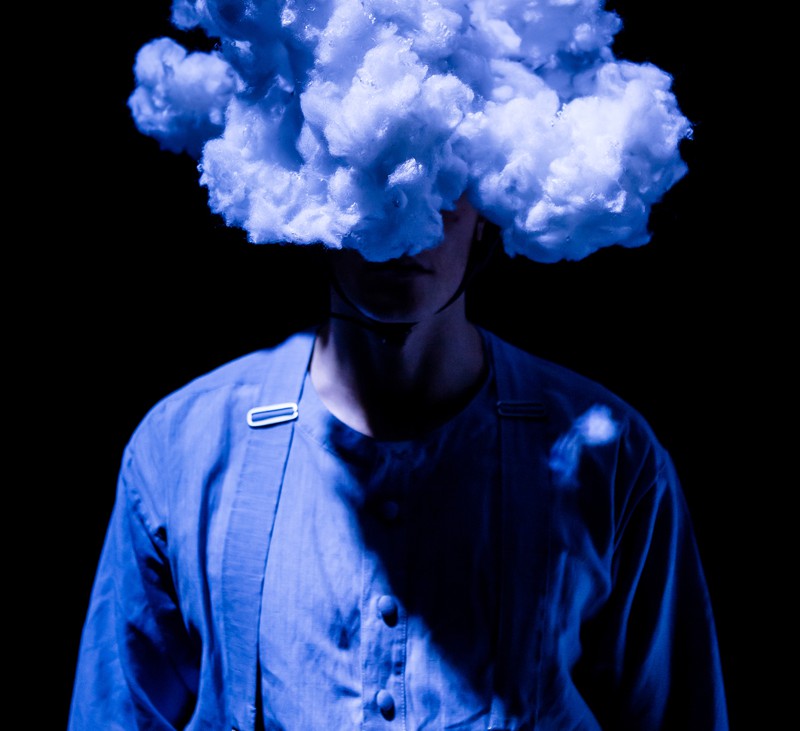 Fake It Till You Make it

A year spent on the road would test the mettle of any couple, let alone one going through such unusually creative, emotional and demanding circumstances. How does Bryony feel the process is challenging their relationship?

“It is of course testing. To be together every day, to be travelling, creating, performing. But we rarely argue and when we do it’s a blast of fury followed by a quick chat and then all good again. People in venues have told us we are very quick at getting things out in the open and out of the way. We are both fiery and opinionated people!

“But it is also paradise. We get to stand on a stage together and talk about our story and from that see that it makes other people ok with their story. It also means we talk about absolutely everything and I think this is very very functional and promotes excellent mental health. Tim has a life long disease and we don’t know if it will ever go away – the more it feels just like another part of life the better. It’s joyous and so connective to the audience. We have made so many new friends and we have taken hundreds of photos – I mean what an experience!”

Keep up to date with Bryony and Tim’s Australian adventures on their tumblr page and check Bryony’s website for details of their homecoming UK dates this summer.