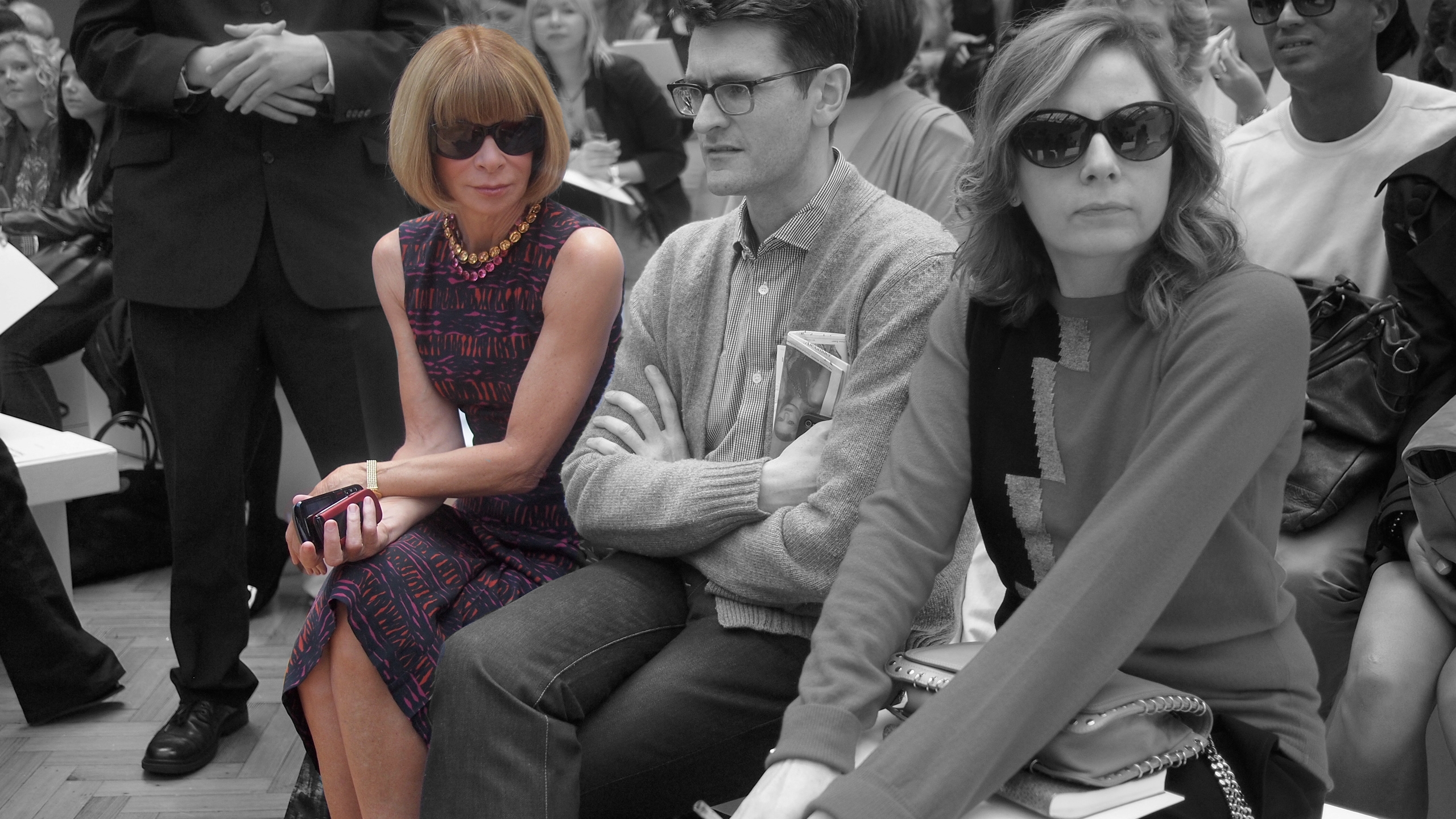 The 65-year-old known for her signature bob, her heavy influence in the fashion and media industries, and her ice-cold demeanour, was reportedly unimpressed as she sat next to Kanye West and Kim Kardashian and their daughter North at New York Fashion Week in February.

While Wintour focused on keeping up with the show, 19-month-old North, whose father’s latest collection was being viewed, threw a tantrum. North was later brought backstage to be calmed down by her nanny.

Even well-behaved Harper Seven Beckham’s appearance at her mother Victoria’s show was not enough to sway the mother-of-two.

Eva Domijan, fashion blogger and MA Fashion Journalism graduate from London College of Fashion, told Artefact that the supposed request was necessary to maintain professionalism on the front row.

“Fashion week is an industry event, not a children’s playground. Crying children make it difficult for people who attend shows for work to focus on their job. It’s disappointing that someone has to intervene to restore basic fashion week manners.”

This comes just days after Dolce and Gabbana’s (D&G) tribute to mothers, in their Autumn/Winter show Viva La Mamma at Milan Fashion Week.

Domijan thought that Domenico Dolce and Stefano Gabbana’s latest show “was a lovely idea with an unrealistic execution.

“There was very little motherhood as opposed to (mostly childfree) models carrying children as accessories,” she continued.

The fashion duo based their presentation of the collection on the theme of motherhood, and attempted to maintain this theme in their choice of models, and soundtrack– the 1997 hit title Mama by the Spice Girls.

The D&G Autumn/Winter collection featured adult and child models, including the pregnant Bianca Balti, who walked down the catwalk proudly parading her bump.