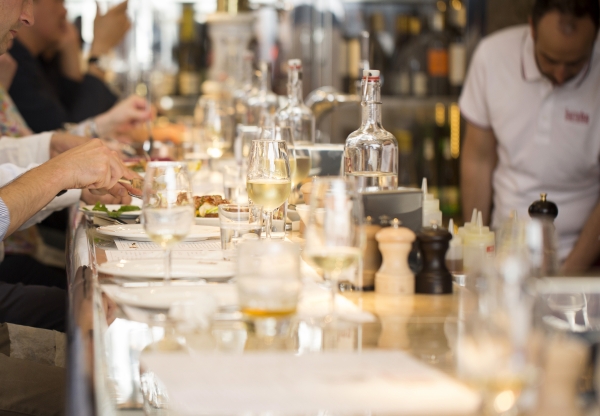 If proof is needed that tapas is fashionable, the queues at Barrafina are it.

Half an hour before opening for Sunday lunch on a chilly November day, the queue is already long.

But I am prepared, and we manage to grab the last few seats among the 20 bar stools.

Born into the hospitality business, the two brothers Sam and Eddie Hart founded the restaurant with inspiration from the tapas bar Cal Pep in Barcelona.

As their parents Tim and Stefa Hart own and operate Michelin-starred Hambleton Hall in Rutland, the love of Spanish cuisine is running through their sons’ veins.

In the heart of Soho, you’ll find their much-praised tapas bar with a ‘no reservations’ policy.

There are many beauties of this place: you come in fancying a perfectly cooked tortilla but after six courses and a bottle of Cava (Pares Balta Brut Cava Penedés) later, you’ll find yourself looking at a sizeable bill. If you don’t control yourself, you’ll get carried away.

The guests all sit around an L-shaped marble bar watching the chefs prepare the food. 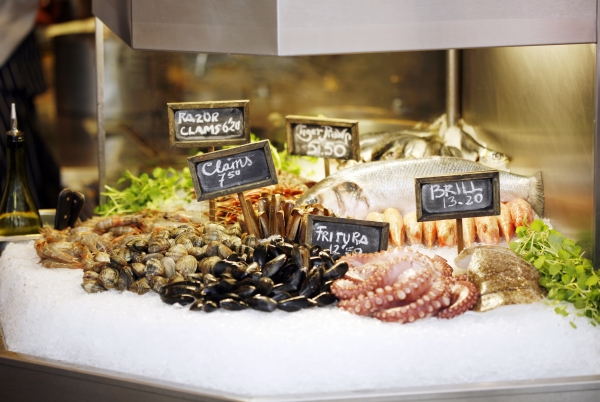 Fresh fish and vegetables waiting to be cooked [Barrafina]

There are big windows, mirrors and fresh fish on ice just waiting to be cooked.

In a country where our idea of tapas is defined by mushy patatas bravas and awful sangria, Barrafina has a menu that lets you try unusual regional and mouth-watering specialities.

When we settle our bill, the continuous streams of incoming customers are disappointed; the queue for a seat is already an hour long.

We choose one of the daily specials from the black board, tender scallop carpaccio with a sauce on different oils and flavoursome spices.

It melts in our mouths; the Sunday lunch has started off in the best possible way.

After this, once the orders start flying in, the theatrical performance begins.

A tortilla here, a plate of scallops there. The grill sizzles. The oven roars.

The chefs work in an assembly-line style – one dollops sauce and avocado paste on a plate, another flips a tuna tartar on it, a third sprinkles sesame seeds on top.

And this all happens in an impeccably tidy and small kitchen.

The Spanish food flies out at a rapid speed and we receive our other dishes.

We eat baby gem salad with anchovies and smoked pancetta – since when has a salad tasted so wonderful?

It seems so simple, but it tickles your taste buds.

Another dish not to be missed is the classic tortilla with potatoes and onions, it simply can’t get more Spanish than that.

At one point an eager customer opens the door on the waiter who had a plate of food in his hand, and although the plate wasn’t dropped, the presentation was ruined.

The food had to be sent back to the chefs. In a kitchen run by the award-winning executive head chef Nieves Barragán Mohacho, only perfection is good enough. 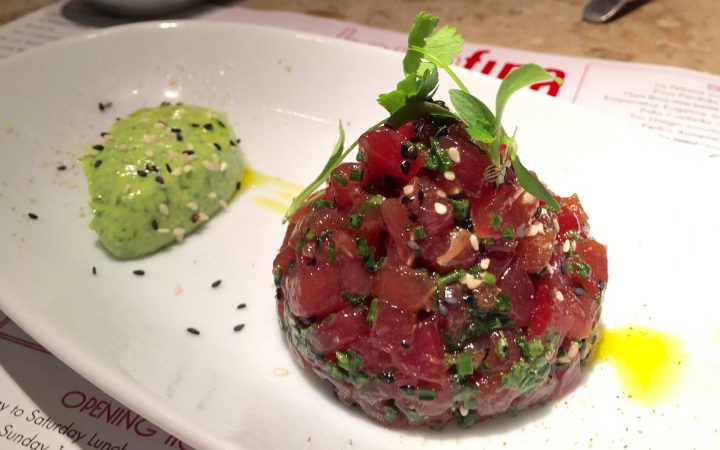 In the circus of all the various dishes and watching the performance of the chefs, we were no longer sure whether we had ordered the tuna tartar or whether the waiter had forgotten about it.

But as the best dish of the meal, it was definitely worth the wait. “Oh my God I can eat this all day, every day,” my companion bursts out in the middle of a bite.

Barrafina gives you an authentic Spanish feeling, the staff all speak in Spanish between themselves and swap to English for the guests without any problems.

The restaurant on Frith Street in Soho was the first out of the three to open in 2007, and in November it moves down the road to Dean Street.

Between the service, the quality of the food in relation to the price and the Spanish atmosphere – Barrafina serves amongst the best tapas in London.

Today, tomorrow and the week after, customers will queue in the cold to get a seat, and I’ll be happy to be one of them.