According to the Independent, a third of women in the UK experience issues concerning their reproductive health.

Having done my research on the matter, it became clear that I wasn’t the only one left in the dust when it came to my experiences seeking help regarding women’s health.

It was in 2018 that I’d faced severe complications after taking my first dose of what is called the Depo shot – a contraceptive, medically known as Depo-Provera.

At the age of 18, this moment in time felt as though my life took a turn for the worst. I’d never had any significant issues with my general health; to have a shift in both my mental and physical health caused me to spiral into a whirlwind of negative thoughts.

Of course, me being 18, naïve, and at times dramatic, I’d often googled my symptoms. Let’s just say Google isn’t the best place to seek medical advice – I’m convinced it’s to blame for my hypochondriac ways.

However, I knew that I was suffering from abnormal side effects and was desperate to help clarify what I was experiencing. 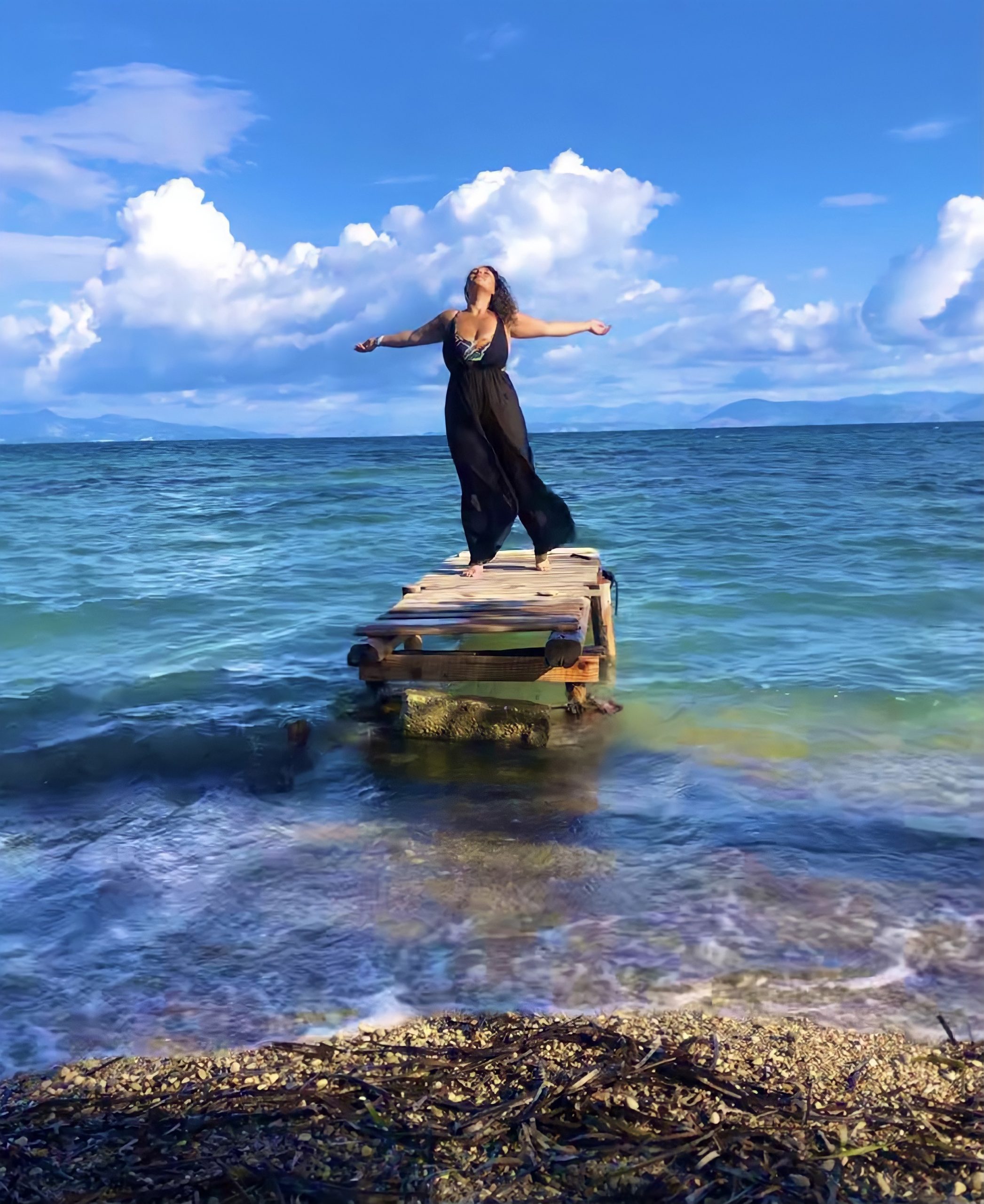 After months of doctors’ appointments and very little medical advice, it became progressively unsettling. I had no other choice but to seek private medical care. I was then scheduled for an ultrasound a year later to find that I had been suffering from Polycystic Ovarian Syndrome.

Polycystic Ovarian Syndrome is a condition that affects one in every ten women, which can be seen as common; however, this statistic does not determine how harmful the condition is to a woman’s wellbeing. Although most women’s health issues are not necessarily visible in its own form, it shows in many other ways.

This is not to say our NHS services in the UK are not valuable. However, when it comes to women’s health in general, there is a noticeable lack of attention and education given for women to get the appropriate medical advice and treatment.

After all of the commotion, my doctor’s only piece of advice was to make some lifestyle changes. This meant a change in diet and exercise, although I wasn’t significantly overweight, and I could say I was maintaining a healthy balanced diet.

This took a huge toll on my mental health, and It became clear to me that this was something I now had to live with.

Reflecting on my own experiences, I embarked on a newer journey to understanding my condition and other women’s experiences with their sexual and reproductive health. As clichéd as it sounds, the start line for me was to heal and focus on my mental health and wellbeing; Having physical changes to my body internally and externally affected this hugely.

Taking both spiritual and holistic approaches through hardship is a practice I try to maintain before anything else. It was during this time that I found guidance from an amazing woman named Rukayah.

I’d been carelessly scrolling through my Instagram explore page when I’d come across Rukayah (@reikyremedies). It was her first ‘womb healing’ post that appeared. I didn’t know whether this was a sign from the universe or the cookie tracker’s invasiveness as usual. Either way, I was intrigued.

Our stories were not identical; however, I could resonate in many ways and instantly fell in love with her content. It gave me the answers that I needed for myself instead of seeking a cure I was never going to find.

I’d followed her remedies and practices via the content she shared with many other women who were seeking holistic advice, too – specifically womb healing.

“I connect to most things through being intentional, whether that be crystals, herbs, or plants. I speak my intention into them and then use them with that intention in mind in daily use, rituals, and meditation,” Rukayah said. 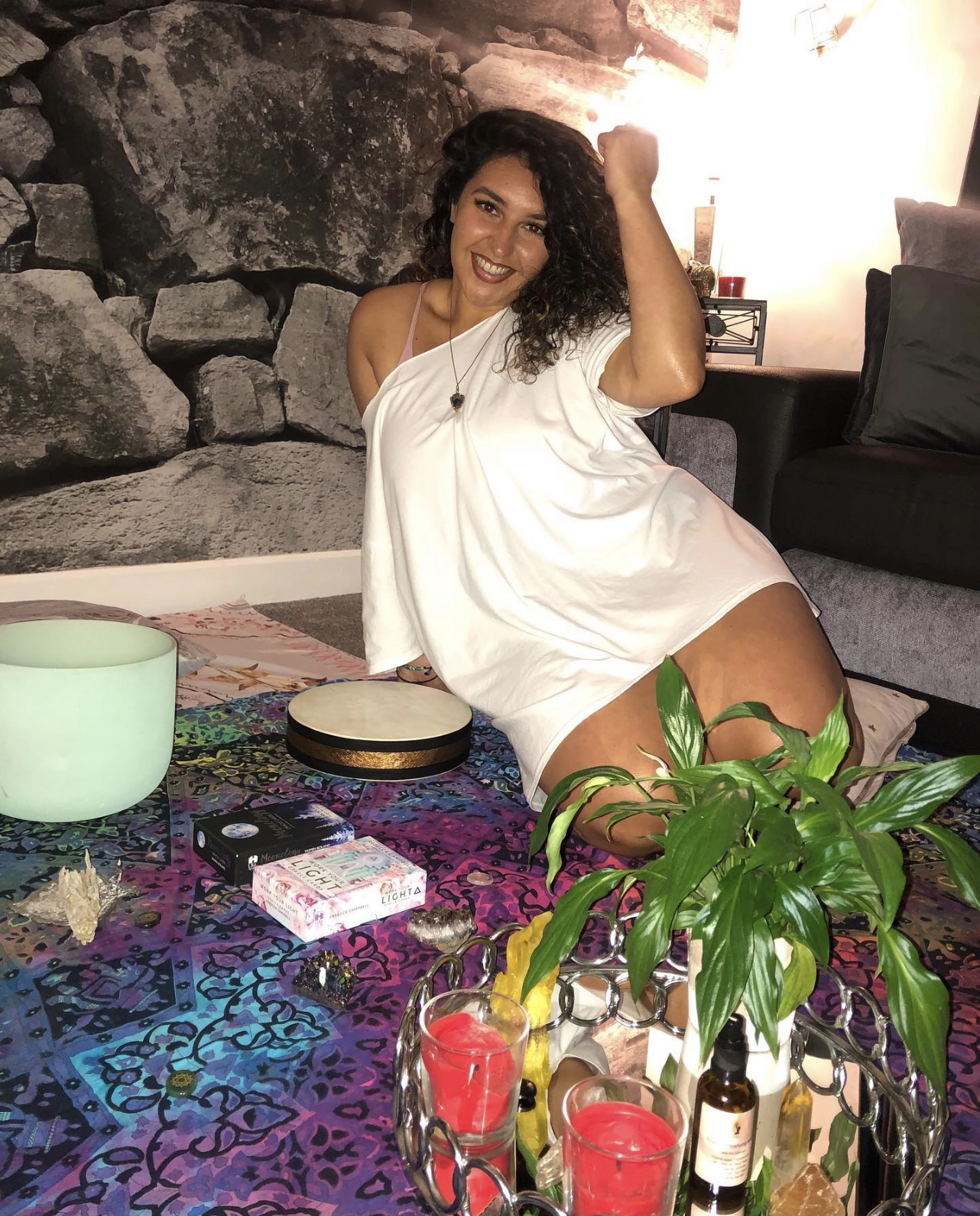 Rukayah surrounded by the things that guide her [instagram: @Reikyremedies]

Although there isn’t a cure for everything, we can control and cure how we mentally view the hardships we face. In turn, a positive and lighter mindset can bring health benefits regarding our body’s reaction to stress and anxiety, according to the mental health foundation.

The physical trauma that my condition had put my body through often had me questioning, why? I blamed myself for something I didn’t understand fully. However, I found that letting go of that mindset would help me move on.

To prioritise self-care was something I took from Rukayah; The bath rituals and womb oils she’d introduced to us were not to be made as part of a standard beauty routine; this was a time to reflect on issues to face the bad emotions and let them go in a specified healing environment. An environment that confronts the heart of our emotions. The womb.

“My work consists of providing a safe space to allow my clients to open up to themselves, space where they don’t feel shame for aspects of themselves that are often shamed. Space where they are guided to see patterns and behaviours that are holding them back,” Rukayah said.

To seek this kind of insight, Rukayah teaches her clients the appropriate techniques: “This is offered in various different techniques such as Reiki, sound healing, womb healing, and women’s retreats.”

“It consistently includes a releasing of baggage, letting go of a heaviness that no longer serves the client. Some people are more ready than others for change; however, the client will always receive exactly what they need at that time, energetically.”

Although Rukayah aims to help others, I wanted to understand why and when she found Reiki and how she applies this to her everyday life.

“I was guided spiritually around 10 years ago due to a miscarriage which left me feeling empty and purposeless, which naturally lead to seeking alternative ways of healing. Then around four years ago, I was introducing to an amazing Reiki teacher.

“I connected to Reiki instantly, having felt such an intense release of energy. It was the beginning of an internal shift I hadn’t expected,” she said.

“I apply my teaching into my everyday life through awareness. Most of our everyday actions and feeling have nothing to do with the present moment, they’re a trigger to an experience or belief that was set earlier on in life, and I think having awareness and acknowledging the root of our actions brings us to a deeper level of awareness of self and others.”

According to an article on the BBC website, more than half of the UK population identify as having no religion. But many have a spiritual side.

Asking Rukayah what she thought about 21st Century spirituality and why the younger generation resonates with this: “I think it’s because our consciousness is expanding. The newer generation isn’t just believing what they’re being told and instead is seeking out their own truths. I think this generation is full of free thinkers who aren’t scared to challenge what they have been taught if it doesn’t sit right with them.”

Although, Rukayah expressed her concerns towards trends that engage with the wrong ideas about healing and spirituality.

“I do believe certain aspects of spirituality have become a trend, and to some degree, it can become detrimental. For example, the whole ‘positive vibes only’ movement. It’s creating a belief that all emotions aren’t valid. It’s saying that we must only feel ‘positive’ and suppress the ‘negative’ emotions in life,” she said.

“This for me contradicts my beliefs on spirituality, which is to accept and love all aspects of myself whilst still wanting to grow and evolve.

“My work allows me to guide people to their own empowerment. To be able to do this, though, I had to come home to me, to stop running from me, which is what I had been doing for many years before,” she concludes.

“There was a time when I was crippled with self-doubt and low self-esteem. Above all, the main thing that has changed is an internal sense of peace that comes from who I am and what I am here to do. I finally feel as though I am living with purpose.”

To check out Rukayah’s services, you can visit her website.